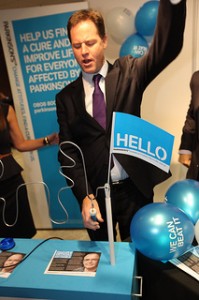 This year’s Liberal Democrat autumn conference in Brighton is heading towards its final day. There was a lot of interesting substance to some of the discussions I attended. The conference also raised plenty of questions about the way the party goes about its business. I may return to some of them in future. Here I’ll just note a couple of issues that stood out.

Today’s motion F41: No Government above the law – the Justice and Security Bill was trailed as a likely flashpoint for dissent. And so it proved. The motion called for the Coalition to withdraw part II of the Bill which allows for so-called “secret courts” and for Liberal Democrat Parliamentarians to vote against it if necessary.  The leadership introduced an amendment that would effectively neutralise the motion. People were quick to see this as a wrecking amendment.

This is the sort of issue upon which Liberal Democrats know their own mind. It is an issue that goes absolutely to the heart of the Liberal Democrats’ self-identity. A commitment to upholding civil liberties is just about the only thing everyone can agree on.

Even as the leadership tried to move their amendment all the speeches in favour were carefully structured to argue that the amended motion would do a better job of protecting civil liberties than the original motion. It would have been suicidal to suggest that the original motion was not solidly liberal. It was just the sort of thing that would have been a no-brainer in opposition. The only available option was to suggest that it could be made even better by amendment. The strategy was transparent, but Conference wasn’t persuaded.

The leadership expended a lot of political capital in wheeling out a series of well-respected Parliamentarians to speak in favour of the amendment. As a final throw of the dice they sent in Julian Huppert to summate – a Conference favourite used as the last line of defence. I can only imagine he was overjoyed to draw the short straw on this one, given it was pretty much a lost cause from the start.

I’m just disappointed that I couldn’t vote. I was watching the proceedings on BBC Parliament because I could only be down in Brighton for the weekend.

Wind the clock back a day and we had a motion directed at the issue of austerity. Here, in contrast, the leadership prevailed and Conference voted in support of continuing the wrong-headed and failing deficit reduction strategy to which the Government has lashed itself.

Patrick Wintour has an interesting article on the history of that motion and, in particular, the amendments submitted. His article is an illustration of some textbook political science arguments. The first is that we shouldn’t look to agonistic relations to understand the operation of power. That is, if we focus only upon incidents of open disagreement – like the Justice and Security Bill motion – we will miss much of the subtlety in the operation of power. The second is the Bachrach and Baratz argument that we should look to the so-called “second” face of power – the power of agenda setting. Here Wintour highlights the role of Federal Conference Committee.

But this must be a rationalisation rather than the rationale.

FCC would be acutely aware of the symbolism. They would know that an amendment put forward by Liberal Left would have a very limited chance of succeeding. Liberal Left is a relatively small grouping set up in direct opposition to the leadership. One or two of the characters involved almost guarantee that some other Liberal Democrats will not support it on principle. In contrast, SLF has a broader base of support, certainly among activitists. An amendment from SLF calling for a move beyond Plan A to embrace a more sophisticated and less destructive Plan B would have a chance of succeeding. So it had to be kept off the agenda if unity of purpose at the top of the Coalition was not to be challenged.

I should declare an interest before I am accused of sour grapes. I was one of the 29 voting reps that put their name to the SLF amendment. I am professionally interested in the policy process and the operation of power. That professional interest is intensified, but not undermined, by the fact that this was a process that I had some limited involvement in.

We’re now going to have to wait to discover quite what the party leadership does next with the Justice and Security motion. It’s now Liberal Democrat policy to oppose key components of the Bill.

It is clear, however, that Conference motions – and Liberal Democrat policy – are pawns in a political chess game.

But, then again, it is clear that there are already several high profile instances where the leadership treats a conference vote as a matter of apparent indifference. That happened in relation to a welfare reform motion passed at a previous conference. It appears that the DPM’s office has indicated that it will happen again to the excellent motion on disability and the impacts of welfare reform passed on Sunday. Conference says it is unhappy with the direction of Coalition policy, but the bulk of the Parliamentary party then proceed to vote in Parliament entirely against the direction supported by Conference.

The question is how the secret courts issue will play out. Because it relates to civil liberties it has a symbolism like no other policy area. If the leadership plough on and support this Tory Bill it will be hugely damaging – possibly fatally so – to party morale.