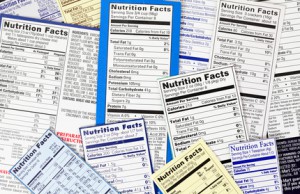 Last week I took part in an enjoyable discussion on nudge policy as part of Thinking Futures, the annual festival of social sciences. Through a slightly mysterious process I ended up speaking in favour of nudge-type policies, while Fiona Spotswood from UWE made the case against relying on behaviour change initiatives. Fiona made a robust case. I have to say mine was a little less than compelling, in part because in reality I have quite a lot of sympathy with the critics. I find debating from a position you don’t entirely agree with more successful on some days and some topics than on others. This was not one of the better days.

Nonetheless, I find the topic of nudge, and behaviour change policy more broadly, fascinating because it raises so many issues.

Thaler and Sunstein’s Nudge was published in 2008 and has subsequently generated a vast critical response. Such a response is not uncommon. But what is rarer is that it has got everyone worked up. There is barely a discipline across the social sciences and humanities that hasn’t had something to say on the matter.  Thaler is an economist and Sunstein a lawyer, but the critical response has gone beyond those fields to include philosophers, sociologists, political scientists, geographers, management, marketing, public health and public policy scholars. We have also seen cognitive and behavioural scientists offering views on the issue.

The critical response has addressed nudge from a wide variety of angles. Much of literature addresses the ethics of nudge. Is it ethical for governments to seek to exploit known systematic biases in human cognition in order to assist individuals in meeting ends they would desire, if they had stopped to think about it? A whole host of questions follow: how are those ends identified and by whom? Does this constitute manipulation? Is it acceptable or unacceptable for governments to manipulate in the ‘public interest’?  Is it coercion? Is this the thin end of a wedge that leads to authoritarianism or even fascism (which is part of the critical response primarily among more libertarian-inclined lawyers/economists in the US)?

Is a failure on the part of government to nudge simply allowing other (private sector) economic actors a free hand to nudge individuals in all directions, without any countervailing action to mitigate the worst effects of private nudges? Perhaps the simplest way to make that point is to consider the nudge argument that if you place healthy food more prominently near the checkout in a cafeteria, rather than the confectionary that is usually there, then it increases the likelihood that people will eat healthily. Critics object to government manipulating choices in this way. But the prior question is why is the confectionary there in the first place? It is, of course, because the manufacturers of sweets know that we are prone to temptation and impulse purchases while standing in line. They are manipulating a systematic bias in our decision-making.

Of course, the alternative response to this problem is to seek to do something about the way private actors manipulate choice in the first place, rather than surreptitiously nudging in the opposite direction. But that would require a braver government than any we have seen in recent years.

A second strand of the argument focuses on the evidence base underpinning policy proposals. How well attested are these behavioural effects? One simple criticism of the literature is that much of the original experimental data comes from studies of the decision making practices of US undergraduates. To what extent do these conclusions generalise? Behavioural economics tends to assume that generalisation is unproblematic, but that is hardly a sound starting point for policy. Under the UK Coalition government the policy debate about behaviour change has been one area where considerable prominence has been placed on the role of evidence and on policy pilots. But it is an area in which one type of evidence – that drawn from randomised controlled trials – is seen as pretty much the start and finish of the conversation.

A third strand of argument is about the efficacy of nudge. Even if we accept that there is robust evidence of systematic biases in cognition (such as the tendency to weight current consumption more heavily than future costs when making decisions) what can be done with this information? Most importantly, is it a substitute or complement to other forms of government action? Can nudge be used instead of more paternalistic regulation, for example? This is a point that governments have been rather vague on. Nudge, when it arrived on the scene, was viewed as being able to stand in for more interventionist approaches. But this position has subsequently been modified in the face of criticism. It may be possible to improve social outcomes in modest ways using nudge techniques, but it is hopelessly underpowered for addressing some of the major challenges facing society.

Finally, there is the fact that “nudge” is rather elusive.  By that I mean that it doesn’t refer to a very clearly defined set of actions. Or rather it has been applied to a wide range of actions and interventions that don’t really accord very well with the original definition of a nudge offered by Thaler and Sunstein – a definition which has, itself, been heavily criticised. The Government’s Behavioural Insights Team was colloquially referred to as the “nudge unit” but it drew much more broadly on insights from social psychology and behavioural science than simply focusing on nudges of the Thaler and Sunstein variety.  There are now quite a number of other approaches to behaviour change circulating. Some of them have similarly catchy labels (think, steer, budge, shove). Some of them start from very different premises to nudge itself. Some have had an impact on policy in particular fields – with much of the running being made by the debate in public health. Some of them have yet to make much of an impact on policymaking in practice. The academic discussion is a riot of theoretical innovation, with various frameworks and heuristics being proposed. Some are engaged in the hard graft of evaluation and synthesis, with the aim of being clearer regarding what works, when and how.

An outstanding question is whether as the accounts of behaviour change become more complex and nuanced they start to lose their purchase on policy – which typically wants simple messages leading to clear prescriptions. But that is simply another case of the perennial tension between research and policy.

Reblogged to the SPS blog