Chaos in all directions 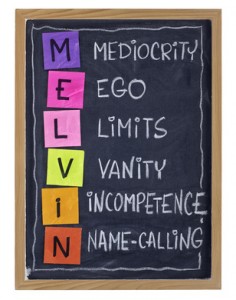 What do we want from a government? Not in terms of the substance of policy but in the way it goes about its business. At a minimum we might reasonably expect competence. And we’d want it to play by the rules. We’d want a government to follow due process and, if its members conclude that process is not fit for purpose, to use agreed procedures to move to a new model of policy making. And we’d look to a government to embrace the values of accountability and transparency in order to rebuild the trust of a disillusioned electorate.

Is that what we’ve got?

Or is the Coalition turning out to be a bit of a policy making disaster area? Perhaps all coalitions governments are. We’re just not used to it.

Yesterday, we had two prime examples. Exhibit A is the judgement handed down by the High Court on the Government’s decision to cut, at very short notice, subsidies associated with feed-in tariffs for micro-generators of solar power. The Court concluded that the Department of Energy and Climate Change had not followed due process by announcing tariff cuts while a consultation on policy was still open.

Exhibit B is the publication of a critical report by the Commons Communities and Local Government Select Committee on the Government’s proposed new National Planning Policy Framework. The Select Committee concluded that, broadly speaking, the proposed NPPF has more holes in it than a Swiss cheese. To proceed on the basis of the current version could be disastrous. The Government is criticised for leaving many of the concepts at the core of the new framework unclear or under-specified.

How the Government responds to this will be interesting. It seemed largely to have ignored the consultation responses the first time around – which had already pointed out many of the same weaknesses. The specialist housing literature is reflecting on the implications of this situation for the aim of freeing up housing supply, whether or not a rethink is necessary (as Jules Birch discussed in yesterday’s Inside Housing).

But in terms of policymaking it seems to me that it is symptomatic of a broader malaise. The Government has form.

Early in the life of the Coalition we witnessed the attempted bonfire of the quangos. I discussed this in Should we be concerned about the Government’s attempted quangocide . The Cabinet Office was severely criticised by the Commons Public Administration Committee for carrying out a poorly specified and ill-thought through review. Decorum restrained the Committee from labelling the whole exercise incompetent – but reading between the lines it is clear that they were sorely tempted.

We have subsequently witnessed a number of unedifying episodes in the mechanics of policy making, in which the Government brings forward inchoate – if not incoherent – proposals and then won’t listen to those who advise caution and the need for revision. Or the Government doesn’t abide by either the letter or the spirit of established Parliamentary process. Or it misuses or offers spurious evidence in support of its policy aims. I discussed this more fully in relation to criminalising squatting in Caring diddlysquat about democracy. Its failure to join-up thinking across Departments – between DCLG and DWP on the reform of housing benefit, for example – is only too evident. It leads to contradictory and dysfunctional policy. And it is hard to describe the mess that is the Health and Social Care Bill.

The Government seems to be permanently in a defensive mindset – everyone is trying to prevent it from doing what it wants to do. Yet it is just as often the case that it is turning its back on the sage advice of critical friends – experienced people and organisations supportive of the overall agenda, but who can spot a potential car crash when they see one.

In the early days of the Coalition this policy making approach was attributed to the novelty of being in government. Politicians were not used to operating the levers of power. But that excuse is surely no longer valid, if it ever was. At some point an alternative explanation starts to become more plausible – they’re just not very good at it.

Cameron and co have been criticised for being rather too patrician and hands off. There is a lack of attention to detail and the challenges of implementation. They have also done themselves no favours by alienating many of those in the civil service who they rely on to deliver the Coalition agenda. There seems little appreciation that, unlike being in opposition, being in Government has a significant organisational and leadership component. It isn’t just about tactical manoeuvring to gain short-term political advantage. It is also about leading vast organisations to deliver vital services. It may not be about the nuts and bolts of management. But it is about appreciating and valuing those who are responsible for seeing to the nuts and bolts.

The capacity of the civil service has been eroded by the Government’s own programme of cuts. Departments taking big hits on the budgetary side are producing some poor policy. Mr Pickles’ empire took a major budgetary hit. It is responsible for the NPPF. It is just conceivable that the problems with policy emanating from the Department are in some way related to the Department’s position at the bottom of the league in terms of civil service morale. The results of the annual Whitehall survey, released a few days ago, indicated a sharp decline in morale over the last year, with very few respondents being willing to recommend the Department as a place to work.

One starts to get the feeling that significant components of the machinery of government are seriously malfunctioning. In a context where ever more complex problems require ever more sophisticated and agile solutions that is deeply concerning.

A fish rots from the head down … #justsaying