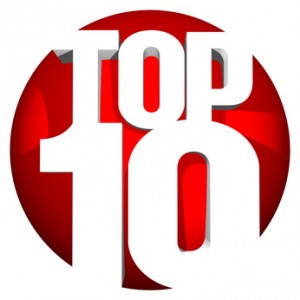 . I plan to do so. But I was just as interested in reflecting on what I read as what I write.

I’ve got a stinking cold at the moment so as I lay awake this morning, in between sneezing and nose blowing, I tried to compile a list of my top ten blogs for 2011. If this gives the impression that I’m some sort of character from a well-known Nick Hornby novel then that wouldn’t be entirely correct. Honest.

One thing I concluded from this exercise is that the blogosphere is bad for me. Or indeed for anyone who is naturally inquisitive. There is so much interested material out there. There are dozens of blogs that I read regularly, if not always frequently. And there are many individual bloggers who I will always read when I come across their work. I’m always coming across new bloggers that I enjoy, often via RTs on Twitter, and those I’ve discovered recently might have made it on to the list if I’d come across them earlier.

There are also, of course, large piles of electronic manure out there that are best avoided.

I’m focusing on individual bloggers rather than group blogs. There are three or four group blogs that I follow and read regularly, but they don’t really fit the bill. And it’s not simply a selection from my blogroll. I’ve gone for people who I read whenever they post. Although I do follow RSS feeds and the like I tend to pick up most of my notifications via Twitter. In many cases these are bloggers for whom I’ll go and check whether they have posted and I’ve missed it. At the top of the tree these are blogs that generate a genuine sense of anticipation. I’m looking forward to the next post. That doesn’t mean that I’ll agree with it. But if I don’t then I’ll enjoy the experience of disagreeing along the way.

10.          The Enlightened Economist blog by Diane Coyle. I only discovered this blog in the second half of the year. The focus is on brief reviews of recently published books in the economics field, broadly conceived. The books are always interesting and not necessarily the ones you’ll come across in the mainstream economic journals or on the shelves of an academic bookshop. The reviews are always informative and willing to critically engage with the book under review – something that has been lost in the book review section of many academic journals. This blog has cost me quite a bit of money and increased my ‘waiting to be read’ pile considerably!

9.            Jerry Hayes at Dale&Co. While I said I would not include group blogs, I am going to make an exception for Jerry Hayes. I regularly read posts by many of my fellow contributors at Dale&Co, but Jerry is the one that I read most avidly. That is not because I agree with him. In fact I typically disagree with him quite violently. But he writes about politics with an insider’s perspective, but with a freedom – and indeed scabrousness – that an insider seeking preferment would feel constrained to avoid. I frequently finish one of his posts slightly discombobulated – did I really read what I think I just read?

7.            A Dragon’s Bestfriend by Puffles’ bestest buddy. Puffles the Dragon Fairy will be familiar to many people on Twitter as a source of information, links and comment on contemporary political developments, and many other things. His “bestest buddy” – who is unknown to most of us beyond the fact that he is an ex-civil servant – started a blog in the summer. As well as more personal reflections, the blog has carried some thoughtful posts questioning and critiquing contemporary policy, policy making and public service delivery. He is as exercised as I am by the poor quality and sharp practice of much contemporary Westminster policy making.

6.            Mark Thompson is a Liberal Democrat, posting at Dale&Co and elsewhere, who operates at a slightly different point on the liberal democratic spectrum from me. He always offers interesting, thought-provoking analysis of contemporary political and policy developments.

5.            Paul Krugman at the New York Times. What is there to say? Paul Krugman seems to be fighting an almost single-handed battle for the (US) liberal cause, trying to counter the misconceptions of the hegemonic economic discourse and avoid policy mistakes that will make a bad economic situation worse. The dark side of the force is strong in the corridors of power, but he fights on valiantly against it. And he is one of the few academics who has truly mastered the blogging format.

4.            Inside Edge at Inside Housing, by Jules Birch. Again, this blog is a must read for me as a housing researcher. Jules and I often end up independently blogging about the same developments relating to housing policy. It is always interesting to hear his take on events, which I try to avoid seeing until after I’ve come up with my own!

3.            Over the last year Coppola Comment by Frances Coppola has provided some of the clearest expositions of the banking problems at the heart of the financial crisis, again written from an ex-insider’s perspective. Frances keeps the broader perspective in view and is willing to challenge established positions. Her views on the limitations of the Vickers reforms as a solution to the problems of systemic risk in banking are particularly trenchant.

2.            Flipchart Fairytales is one of the first blogs that I started following and it remains a must-read. Rick has posted some very informative analysis relating to the global financial crisis and levels of public debt, but he ranges more widely to include reflections on changes in regulation, leadership and the world of work. His posts countering the idea that labour market deregulation is the answer to the country’s current economic ills were particular valuable. He took an evidence-based approach to arguing that we are already one of the most lightly regulated countries in the OECD and so further deregulation is unlikely to help.

1.            Stumbling and mumbling by Chris Dillow has an economics focus but ranges widely – encompassing welfare, labour markets, macroeconomics, contracts and incentives among many other topics. There is nothing the blog touches on that I don’t find interesting. It touches on many of the issues that I have researched or taught over the years. Again, I don’t always agree with Chris, but he forces me to think about why. It is not a blog for economics anoraks alone. It is accessible and thought provoking. If you aren’t familiar with it then I would recommend checking it out.

I’m sure there are many more fine blogs that I have yet to come across. One of the wonders of the blogosphere is discovering acute insights and sophisticated arguments in out of the way places, as well as on high profile platforms. So maybe the top blogs for 2012 will look completely different. Who knows?