Elsewhere in the multiverse, a leader speaks to his party at New Year 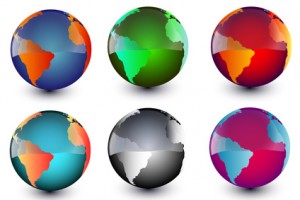 You get the sense that the fashion for political party leaders sending New Year messages to supporters and party members isn’t one that will endure. Or at least it probably shouldn’t.

Dan Hodges in the Telegraph yesterday speculated on whether Ed Miliband had been captured by aliens and had his memory washed – it would explain the vagueness of his message and its apparent failure to register anything that happened in 2011. Admittedly, Hodges occupies a peculiar place in relation to the Labour party, but I’ve not seen any comment on Miliband’s effort that was much more enthusiastic than distinctly tepid. One commentator wrote the whole thing off as ‘flatulent’.

Nick Clegg’s message to party members arrived in our email inboxes on Wednesday morning. It seems that several people also found this message somewhat underwhelming, both in delivery and content.

The communications researcher Max Atkinson didn’t feel that it worked for him, but he wasn’t quite sure why. Neil Stockley took the view that the message lacked much of a narrative: too many facts and information fragments, not enough of a story to weave them together. Mark Pack shared some of these misgivings, feeling that the message was flat and impersonal in places, rather than a powerful political story. Mark did, however, consider that Clegg’s phrase “a fairer, greener and more liberal country” has promise. Could it be the starting point from which to build a clearer and more distinctive Liberal Democrat narrative?

Clegg’s message highlights some positive achievements and alludes to some challenges. The focus is pretty squarely upon the economy. The metaphor of an economic “rescue mission” features prominently, which I didn’t find particularly helpful. It risks inappropriately making a drama out of a crisis, so to speak. The message is equally notable for what it does not say. It has a touch of Milibandian amnesia about 2011. You can read and watch it in a number of places, including here. You’ll see that the video is an elaboration on the text, which humanises the message a bit.

But I’m not going to critique the content of the message in detail.

Instead I thought I’d report from elsewhere in the multiverse. On a planet very similar to our own the leader of a Liberal Democratic party, in the face of not dissimilar situation of economic crisis and Coalition government, took a different tack in his New Year message. This message from a parallel dimension resonates with me much more strongly.

When I spoke to you this time last year I explained how our most important job as Liberal Democrats was dealing with the economic problems we faced. Those problems continue.

Many people have suffered hardship this year as a result of deteriorating economic circumstances. Our own economy has suffered, as have those of our trading partners. Many people face the New Year concerned about their jobs and incomes. Others face the prospect of spending January seeking a new job in an increasingly competitive labour market. Will they be able to maintain the lifestyle they are used to? For some, the questions are much more pressing. Will they be able to pay the next electricity bill? Or put sufficient food on the table to feed their children?

As a party that believes no one should be enslaved by poverty and which champions the freedom, dignity and well-being of individuals this situation should be an affront to every one of us.

So the task of dealing with our economic problems remains the number one priority for our party and the Coalition for the coming year.

The world economy faces risks of a magnitude never before seen. Next year is likely to present us all with profound economic challenges.

These economic problems have complex causes. They do not have overnight solutions.

Some of the causes are deep-rooted and long-term. As a country we have seen our economy become increasingly unbalanced – moving away from the real economy to rely too heavily upon speculation and paper profits. Some of the causes are short term. The need to respond to the recent financial crisis has placed huge strain upon the nation’s finances. This comes on top of previous governments spending to an extent that was, in our view, both imprudent and unsustainable.

Some of the problems are exacerbated by continuing uncertainty about the direction of policy. The world’s political leaders are facing problems in making effective policy – on a scale we have not previously witnessed. Complexity and interconnection, coupled with an unwillingness to compromise, has resulted in near political paralysis. This makes responding to the problems harder. But we must find a way through it.

And many of our citizens face a worse economic outlook in the short term as a result of some of the policies that we have implemented. We should not deny this. We should not pretend otherwise. But these policies are necessary. We are a poorer country. The Government cannot spend money in the way that it used to. It must spend the money wisely in ways that have maximum impact.

We have had to make some very difficult decisions.  But they are the right decisions if we are to build a better long term future of our country. The strategy will take some time to bear fruit. Many are now feeling pain as a consequence. That is a source of genuine regret for us all.

We face unprecedentedly challenging and straitened times. We cannot do everything we would like to do. But thanks to the Liberal Democrats, the Coalition has been helping people – particularly the most disadvantaged – with measures to make life fairer and easier.

This year we lifted nearly a million low paid workers out of paying income tax altogether and cut taxes for 23m people. Overall funding to schools has been cut, but we have still sought to give a million children a fairer start in life by providing extra support at school through our Pupil Premium and free early years education for toddlers. Helping the youngest and those from disadvantaged backgrounds take their first steps in life makes all the difference to their chances in life. We have guaranteed pensioners a decent increase in their pension. As a party we believe ensuring dignity in older age is essential for any society that claims to be civilised.

But we face a challenging agenda for next year and beyond. We must not rest. I will highlight five issues on which it is absolutely vital that we act:

1. Assessing the impacts of policy. We should not be dogmatic. Our Government’s initial emphasis upon budgetary austerity was judged appropriate in the circumstances. But circumstances change. We recognise that the economy evolves and our understanding of it evolves. We note recent comments by leading members of the economic establishment questioning prevailing economic wisdom and the wisdom of austerity. Our understanding of the economy has changed profoundly over the last year. We need to focus much more on growth than on austerity at all costs. Obeisance to the perceived will of the financial markets should not be the starting point for policy.

2. Reforming our financial system. The Independent Commission on Banking has reported and we have accepted its key recommendations. However, we believe that the actions it proposes are only the start. We need to ensure that systems of reward are strongly linked to genuine performance improvements and that senior figures are genuinely accountable for performance. The ICB proposes little or nothing to address vital issues such as institutions being ‘too big to fail’, the absence of competition in banking, risk management in retail banking, or the adequacy of regulatory supervision. Banking should be socially useful. It should serve the economy and society, not the other way around. Only more serious reform will deliver this. We must pursue it unswervingly. It may be that banking will be less profitable as a result. But that is a price we should willingly pay to avoid a repeat of the turmoil we are currently experiencing.

3. Dealing with tax evasion and avoidance. As a party we are committed to reducing poverty and maximising the freedom and dignity of all. Some of our citizens need support to realise their potential and to live with dignity. If the Government needs to improve its budgetary position then we must start by ensuring that everyone makes the contribution they should be making, before we think about removing services from the most vulnerable. That is fairness.

4. Rebalancing our economy. Changing the nature of our economy to focus on activities that add real value will deliver stronger, more sustainable growth. But it will take years, not months or days. We are pleased that there is cross-party consensus that this is desirable. That can bring stability to policy. Next year we will launch the world’s first Green Investment Bank which will put millions into green jobs and growth. We want this initiative to expand over time. We are also investing heavily in improving infrastructure. Our youth contract aims to get every young person who is out of work either earning or learning. We are creating more apprenticeships than this country has ever had before. We are working to ensure that they are genuinely new roles in productive industries targeted at those entering the labour market. We will seek to encourage more entrepreneurial activity through the operation of the tax system.

5. Working beyond our borders. We are, and always will be, a party that believes that we need to work beyond the borders of our country to achieve our aspirations. In an increasingly globalised society there are many pressing social and economic issues that can only sensibly be addressed at a larger scale. We have recently had a serious setback on this front, as a result of the action of our current Coalition partners. But we have also worked internationally to deliver significant positive outcomes. We will continue to play a full role in the international arena. We will work to bring people together to recognise their common humanity and common interest in dealing with the challenges we all face. We can achieve more together.

What we are doing as a party – in collaboration with our Coalition partners – is not easy. But we believe it is right. We are putting the interests of the country first. And we are looking to the long term; even if it means the short term is less comfortable than we would like it to be.

We have started building a fairer, greener and more liberal country. That is the prize we seek. But it will be the patient work of many hands.

I hope you will not only support me but also work with me in striving to achieve this goal. It is a goal I am confident all Liberal Democrats share.

And with that, I wish you all a very happy New Year.