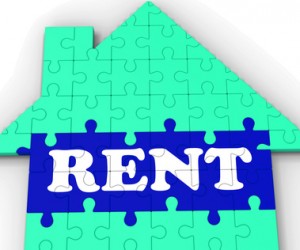 Rent regulation and three year tenancies. That’s Ed’s big housing idea for the private rented sector. It is what the people wanted. Well, quite a lot of people appear to support the idea.

But even before the formal announcement has been made it is apparent that some are vehemently against. The initial voices of outrage were those one might have anticipated. The incorrigible Mr Shapps and the Adam Smith Institute, ably supported by that other cheerleader for deregulated markets City AM were quick off the mark in condemning Labour’s proposals for ‘rent control’ in lurid terms. It is little short of socialism, red in tooth and claw. Assar Lindbeck’s famous quote about rent control being the best way to destroy a city apart from bombing was dusted off and given another airing.

Those in the red corner were supportive of the initiative as a follow-on to Labour’s energy price freeze. Mark Ferguson at Labour List welcomed the move and argued that Miliband needs to stick to his plan in the face of the inevitable criticism – this is a bold move and should be proclaimed as such.

Ferguson finishes his post by noting that a quarter of Conservative MPs are private landlords. Which is no doubt a useful piece of information when interpreting the howls of outrage which will inevitably follow today’s formal policy announcement.

But are rent regulation and longer tenancies a good idea?

That depends on whether we’re talking politics or economics.

I suspect this is probably smart politics. That’s certainly George Easton’s reading of the situation. There are a lot of people being squeezed hard by the cost of living and housing plays a big part in that, particularly for younger people and those living in the South East. Many more people are now living in private renting than was the case even at the last general election. What was a bit of a marginal issue now looms much larger in the political consciousness. This policy might well encourage some people to vote Labour who wouldn’t otherwise. I have certainly been part of discussions where it has been argued that polling suggests there are undecided voters who will cast their vote in the light of the parties’ stances on housing. That is, if they are going to vote at all.

If we turn to the economics then the picture is a bit murkier.

The ASI tried an interesting tactic in referring to a recent survey of (US) economists where 95% of respondents thought rent control had a detrimental effect on the housing market. The pitch is that not all of the respondents could have been right wing free market loons so this is not a party political issue – there is a near consensus among the people who are supposed to know about these things that rent control is a bad thing.

Now I wouldn’t dispute the results of that survey. Indeed there have been similar – indeed broader – surveys every decade since at least the 1980s which find pretty much the same thing. But I would dispute its significance.

Few if any of the respondents to that survey are specialist housing or urban economists. Yet, as any economics student knows, rent control is always wheeled out at the start of the course as the textbook example of the negative side-effect of well-intentioned attempts to control prices through regulation. It helps students understand the whole paraphernalia of supply and demand curves, price adjustment, excess demand, and equilibrium. Indeed, the ASI case against the Miliband proposal is no more sophisticated than you’ll find on page two – or maybe page 10 – of many introductory economics textbooks.

My suspicion is that many of the respondents to that survey are relying on basic principles and intuition rather than any great familiarity with the applied economics of housing markets. It’s a bit like asking me for my views on development. I could give you a view based on what I vaguely remember from the textbooks on development economics. But I’ve no real knowledge of the detailed literature in the field. So I wouldn’t put a huge amount of weight on anything I said.

That doesn’t mean that rent control isn’t a problem. It comes with all sorts of potential problems.

My point is that the effects of these types of intervention are fundamentally contingent on the housing market context, the detailed design of the regulatory mechanism, and the interaction between the two. Lindbeck’s comments were made about first generation rent controls, which could be a very crude way of controlling prices in nominal terms. That approach can certainly have a devastating effect on housing supply and the quality of the housing stock. Much of the early intervention in the UK private rented sector – back at the start of the twentieth century – was of this type. And you couldn’t sensibly dispute that they had a negative impact on supply, although they weren’t necessarily the primary cause of the decline of private renting. And, even then, the problems with nominal controls really start to bite in periods of high inflation, either in general or of house prices specifically.

The problem for the critics is that this is not the sort of intervention that Miliband is proposing. The discussion over rent regulation has, for the last twenty years at least, been wrestling with more sophisticated forms of intervention that do not have the same disincentive effects. Indeed, there are countries in Europe which operate systems of longer tenancies with regulated rental uplifts, of the type Miliband is proposing – and the sky hasn’t fallen in on them. Indeed, it is possible to find countries where negative consequences from rent regulation are quite hard to detect.

One view in the housing economics literature is that if you think you understand the impacts of rent regulation then you probably haven’t thought about the issue hard enough. It is complex and highly contextual.

It is, however, absolutely clear that rent regulation is treating a symptom rather than a cause. And when we think cause we immediately think of shortage of supply and the need to build more houses in areas people wish to live. That is undoubtedly a big part of the story.

But we also need to factor in the way in which the housing finance market is currently functioning – for example, making it easier for landlords to raise finance than first time buyers. And, in my view, we need to look more closely at landlord motivation, which we know very little about.

The imposition of rent regulation on a private rented sector where institutional landlords are thinking long term and looking for a steady but unspectacular income stream to balance out more volatile investments in their portfolio will have a very different effect on the market to imposing exactly the same set of regulations on a market characterised by landlords trying to maximise income returns in the short-term as well as expecting to cash out soon with a substantial capital gain.  Similarly, those different types of landlord are likely to react differently to the imposition of longer tenancies.

Over the last couple of weeks we have had reports that the returns on Buy to Let investment outperformed that on almost all other investments over the last several years.  There is nothing God-given about those returns. Landlords are clearly exploiting short –side power and seeing what they can get away with. It wouldn’t be implausible to suggest that gouging may, on the odd occasion, be occurring.

Personally, I am not against rent regulation, as long as it is very carefully thought through and part of a broader package of measures to address causes as well as symptoms. But I would like to have seen a broader prior discussion about the appropriateness of some landlord practices, as a way of problematizing them. The aim would be to shift norms and expectations about what is appropriate and acceptable. That would lay the groundwork for a conversation about regulation.  It would delegitimise exploitation and provide greater legitimacy for intervention.

My suspicion is that Miliband may have approached the task in the wrong order and as a consequence will face more of an uphill struggle than might otherwise have been the case.