Putting the state beyond scrutiny 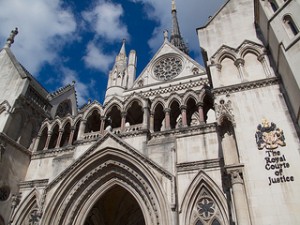 Anyone with a liberal bone in their body ought to be concerned. Liberals need no convincing about the damaging effects of concentrations of power, in either the public or the private sector.  There is therefore a preoccupation with checks and balances – mechanisms for curbing power and holding power to account.

I find it puzzling therefore that liberals have not been more vocal in their opposition to the Coalition’s programme of legal reform, which is progressively undermining the checks and balances we have in place. It is progressively making access to justice, and therefore the ability to hold to account, more difficult. This will allow power to be wielded in an ever more unaccountable fashion. Within legal circles there has been plenty of criticism – indeed outrage – but it seems it rarely spills over into broader debate.

In this instance I am not thinking so much about the reforms to the Employment Tribunal system which have seen the number of claims brought against employers fall off a cliff. The Government argues that this should be taken as an indication of just how many vexacious claims were previously being brought by disgruntled or opportunistic (ex)employees, thereby vindicating their reforms. In contrast, critics would say that if you make the hurdles to accessing justice so much higher then it is not surprising that the number of claims will fall. But plenty of those claims are likely to be valid.

If you’d just been sacked and face relying on our threadbare welfare system to make ends, how would you feel about the possibility of incurring a cost of up to £1,200 to bring a case for unfair dismissal against your employer? I suspect most people – even if they had the resources available in the short term – would think twice, three times, four times about doing so. And then not bother. But that tells us nothing about the validity or otherwise of the claim that never happened.

Nor am I thinking particularly about this week’s intervention by Alexander Cameron QC, David Cameron’s brother, who argued that a complex fraud trial should not go ahead because the Government’s reforms to Legal Aid mean that the defendants cannot be adequately represented and hence a fair trial is unlikely. There are no lawyers willing and able to defend the accused for the much-reduced fees the Government has now put in place.

I am thinking about the report published today by the Human Rights Joint Committee on the implications of the Government’s proposed reformed to Judicial Review. The report is scathing in its conclusions. It expresses grave concerns, on a number of levels. The conclusions are relatively brief, and not hugely technical, so they are well worth reading.

The Committee considers that the Government has failed to make the case for reform. Its proposed reforms risk inappropriately raising the barriers to instigating a Judicial Review and hence denying access to justice. The Committee deprecates the use of secondary legislation to make significant changes to the system instead of bringing the issue in front of Parliament to be scrutinized. And it criticised the Government for failing to take into account other proposals – notably those by the Bingham Centre – that would streamline the JR procedure while at the same time preserving the rule of law.

The Committee also raised concerns about fundamental principles. It is concerned that the unification of the role of the Lord Chancellor with the Secretary of State for Justice into a single individual creates a profound conflict of interest. The Lord Chancellor is supposed to be protecting the integrity of the legal system, while it is strongly in the interests of the Justice Secretary to seek to minimise the amount of critical scrutiny that government decision making is subject to. The Committee don’t quite say so in so many words, but the clear implication is that the latter set of imperatives is overwhelming the former.

It also notes, under the heading Capping Costs, that the Government’s proposals raise constitutional issues:

For the Lord Chancellor to have the power to change the matters to which the court must have regard when deciding whether proceedings are public interest proceedings has serious implications for the separation of powers between the Executive and the judiciary and we recommend that the Bill should be amended to remove that power from the Lord Chancellor.

If you are not a lawyer (and I’m not) then it may be that the point is a little obscure. Here is my reading of it.

The whole point of Judicial Review is to hold the state to account for its decisions and actions. The focus is upon rigorous procedure, fair application of the law, avoidance of abuse of power, ensuring governmental bodies do not overreach their powers. There can be significant costs involved in seeking a Judicial Review. Some Judicial Reviews go beyond the facts of the particular case and raise matters of significant public interest. In these cases the courts can award a protective cost order early in the process. This gives confidence to those bringing the claim that they will not be financially ruined in the process. The alternative is that they decide not to proceed, even if there are important matters of public interest at stake.

The Government’s proposals include a Henry VIII clause that gives the Lord Chancellor the power to change the rules on what constitutes ‘the public interest’. As many of the cases are to be brought against the government then there could be a significant temptation to adopt a very narrow definition of the public interest, thereby reducing the number of protective cost orders, thereby reducing the number of Judicial Reviews. You can see that an unscrupulous politician seeking to stifle criticism may find this temptation overwhelming.

You could also argue, if you wanted to be more dramatic about it, that it is the sort of move that is step on the road to tyranny, as politicians seek gradually to put the state beyond scrutiny.

Yet it is the sort of obscure, technical, backroom change that few people notice or engage with. When they should be making a serious noise about it.