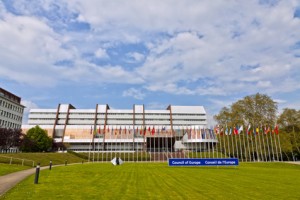 Yesterday evening I attended a European Parliamentary hustings at the University of Bristol. Five parties were represented on the platform – including three of the South West’s MEPs. There were probably seven hundred people in the audience. So a discussion of European politics can attract a decent crowd down our way. It was well-organised and well-run event organised by the Law School in collaboration with PolicyBristol and the School for Sociology, Politics and International Studies. The tone of the discussion was generally civilised. There were only one or two moments in the proceedings where things got a little bit more sparky.

In terms of the substance I’m not sure there was anything hugely revelatory. The presentations from the various candidates and the answers they provided to questions, from the floor and submitted via Twitter, were as might have been expected. If you’ve some idea what the current stance of Labour, Conservatives, Liberal Democrats, Greens and UKIP is on European matters then you’ll have recognised that the candidates were, with more or less aplomb, presenting the party line. There were perhaps a few snippets that departed from the script, but I didn’t feel this was anything hugely significant.

1. Like many such political discussions, the event would merit analysis as a lesson in the art of doing things (if not quite lying) with statistics. If you want to make withdrawal from Europe look inconsequential then why not focus on trade with Europe as a proportion of overall GDP? If you want to make withdrawal look disastrous then instead focus on exports to Europe as a proportion of total exports. If you want to make immigration look scary then why not focus on gross immigration, preferably over an extended period of time in order to give a suitably big number. If not, then why not look at population growth or net migration in one year? And in all cases hope the audience has no benchmarks to allow meaningful comparison.

Of course, “politician selects statistic to support own case” is hardly news, but the pick and mix approach happened to strike me particularly forcefully during this event. 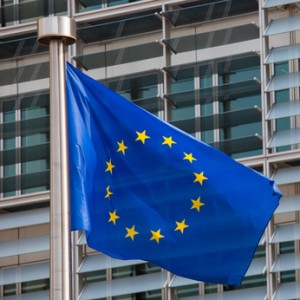 2. When debating UK influence within the EU there is a substantial divide between the quants and the quals. Those who want to argue that all promises that the UK will seek to reform the EU are empty will point to the number of seats the UK has in the European Parliament (about 10% of the seats) and the number of Commissioners (one out of 27) and say “ha, there you go – too small to have any influence”. The quals focus on an argument about soft power, alliance-building, voting blocs, and the influence that follows from being one of the biggest economies in the EU. The former argument is easy to make, but seems profoundly ignorant about how politics actually works. The latter argument, while more politically sophisticated, is rather difficult for most people in the audience to judge simply because they have no feel for the labyrinthine nature of the EU political process. So it is an argument most would have to take on trust. And trust is the one thing that is short supply.

3. Where the debate got sparky was not, as people might have anticipated, around immigration. In fact, the immigration phase of the discussion felt a little perfunctory. The UKIP MEP made his points about managed borders and said some rude things about the Blair government’s open borders policy. But no one accused him or his party of being racist. It was all very tolerant.

Interestingly, what really wound up the UKIP representative was critical comment on the party’s performance in the European Parliament. A questioner from the floor asked whether the panel thought it was acceptable for elected representatives to the European Parliament to have a very poor record of attendance, particularly for committee work. Some statistics were offered about the committee attendance of leading members of UKIP. The Conservative representative on the panel responded by saying something along the lines that it is the “privilege of the electorate to vote for people who are idle and stupid”. He didn’t mention UKIP directly, but that was the clear implication. The UKIP representative disputed, in heated terms, that UKIP MEPs were not doing their bit. He argued that he was top of the league among the South West’s MEPs on activity levels, just ahead of the Liberal Democrat MEP. While that may be true, it is worth a couple of observations. First, my understanding is that the rankings of activity are based on questions asked and speeches made, but don’t include committee work, so again this is a case of “choose your statistic”. Second, the ranking is based on activity and makes no judgement about the value of that activity. Third, given it is based on crude measures of activity it must be quite easy to game the system.

Personally, I think it might have been better to discuss the question in the abstract, rather than direct it as a critique of UKIP specifically. What level of performance do we expect of our elected representatives? Even if we elect representatives who are fundamentally opposed to the institution they are a member of, do we still not expect them to be part of that institution doing their best to mitigate its baleful influence at every opportunity? Not participating achieves very little.

Perhaps this would be a fruitful additional line of engagement with UKIP. Rather than slagging them off, it would be much better to try to engage the party on the issues. And one of the issues is surely whether there is any evidence that their representatives are able and willing to do the job they are paid for. Pressing on that issue is would appear to identify a sore spot: it caused considerable defensiveness and bluster.

Finally, at some point in the near future a podcast of the event will be made available, so you will be able to judge for yourself.