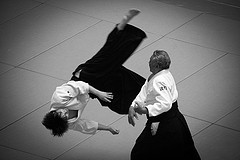 The spectrum of response to this week’s Post-Crash Economics Society report on economics education – or their more specific proposal on a module panics and bubbles – has been intriguing, if not entirely unexpected. Some economists have welcomed the students’ aspirations for greater critical engagement with the material they are presented with. Others have been rather dismissive of the students’ desire to be offered a more pluralist curriculum – non-mainstream approaches to economics are seen as offering little or nothing of value.

In some respects, a chunk of this commentary simply replays the criticisms of the PCES case that are outlined and rebutted in the report itself.

Several prominent economists have blogged their thoughts (for example, here, here and here). The posts and the comment threads are well worth reading, for different reasons.

Perhaps the strongest message that I take from the contributions I’ve read is the argument that the PCES report treats the ‘mainstream’ of ‘neoclassical’ economics as too unified a body of thought. It fails to recognise the considerable variety and disagreement within ‘the mainstream’.

That is, if we’re willing to recognise the concept of the ‘mainstream’ at all. The concept implies there is something that is ‘non-mainstream’ that should be dignified with the honorific ‘economics’. It would appear that some aren’t very inclined to do that.

The argument that you can’t treat mainstream economics as a unified or homogenous body of thought has got to be right. However, it is a question of degree rather than kind. The disagreements are structural, rather than foundational, in nature, as I mentioned during my podcast the other day. If you were to compare and contrast the way the economy is theorised within different strands of contemporary mainstream macroeconomic thought there would be many more points of agreement than disagreement. Much of the disagreement is over details, albeit very important details. Of the universe of plausible possible approaches, much of the discussion is conducted in one galaxy.

Whether non-mainstream approaches offer anything of value to the discussion depends on the criteria by which value is judged. And it is at this point that we find people have very different priorities and quickly start talking at cross-purposes. Some will prioritise rigorous derivation from microfoundations above all else. Close alignment with any market data from the real world is a bonus. Others will prioritise insights that help us understand what’s actually happening in the economy. This may mean theory is inevitably contextual and contingent. Whether it is possible to construct a model from conventional microfoundations is very much a second order issue, if not an irrelevance. Natural science is not wedded to reductionism above all else, so there is no reason why social science should be.

These are debates that have been recurring for many years. Indeed, they are debates that were much more prominent several decades ago. The absence of the philosophy of economics from the curriculum is one of the problems that the PCES report identifies. I agree that absence is problematic.

It would be great if students got the opportunity to reflect on some basic questions: What can economics achieve? What sorts of economic knowledge can we sensibly aspire to? What sorts of explanations are possible? Is the social world subject to ‘laws’ in the same way that natural world is? How would we know if we’d identified one? What is the scope of applicability of any such laws? What, if anything, can economic models tell us about the real world? To what extent is instrumentalism (as if reasoning) a coherent philosophy if we are seeking to develop genuine explanations of the mechanisms underpinning the economy?

The answers to these questions all (except the last one) depend on how we understand the nature of the social world. Some economists would no doubt dismiss this sort of reflection as unnecessary – economists know what they’re trying to do, the main task is to get on with it. Those who can, do; those who can’t, do methodology. Type of thing.

But that invites a riposte – unless we’re confident that the social world is amenable to the sort of analytical approaches we’re applying to it then how do we know that the whole enterprise isn’t entirely wrong-headed? It is an old question. It is a question that economists were more likely to reflect deeply upon 50, 60, 70 years ago than they are now. I think that is unfortunate.

Austrian economists don’t eschew extensive mathematical formalisation primarily because they don’t like maths. Institutional economists don’t decline to spend a lot of time estimating statistical regularities because they never quite mastered a decent statistical package. They do economics differently because they have considered the basic questions above, among others, and come up with different answers. They have concluded that the nature of the social world is such that the sort of knowledge for which much mainstream economics strives is unattainable. So analysis needs to take a different form.

In the martial arts we sometimes use the image of climbing a mountain. It is suggested that each martial art – karate, tai chi, kung fu, aikido – is climbing the same mountain, but it is starting from a different direction – north, south, east or west. Some martial arts start out at the ‘hard’ basecamp. To students just starting out it appears to be all about strength and structure. That applies to many types of karate. As the student climbs the mountain it is necessary to learn to relax and soften the style in order to become more fluid and flexible. There is a move away from structure towards energy and sensitivity. Other styles start at the ‘soft’ basecamp. Tai chi is the most obvious example. The student start out focusing on fluidity and flexibility. As they climb the mountain there is more structure and directed energy added. Tai chi is, after all, a martial art.

The point is, of course, that to be an advanced practitioner of any martial art you must be able to blend hard and soft, silk and steel. So when you get to the top of the mountain the similarities between the arts are very evident.

I was wondering whether the same might be applied to economics. Some people want to start from basecamp ‘deduction’ while others start from the basecamp ‘induction’. As they climb the mountain from basecamp deduction economists discover that if their approach is going to have much purchase on the world then it is going to have to admit qualifications and caveats. It is going to have to develop a better sense of the domain of its applicability and the necessity to recognise institutional-embeddedness. On the other hand, starting the climb from basecamp induction may well lead to the recognition that there are more general patterns emerging from the empirical evidence and that it is possible to say something more general about economic tendencies.

Eventually at an advanced analytical level there would be a degree of convergence in approach. But if economists on either side are more wedded to a particular analytical approach than they are to advancing understanding, neither will ever reach the summit.

If that makes sense then the question, from the point of view of economics education, is which basecamp is it better to start students off from, if they are not planning to journeying all the way to the summit. Or should we just do a tour of the foothills, to give a flavour of different approaches and schools of thought?

Of course, an alternative view would be that different economic approaches adopt such different views of society and purpose of economic enquity – such different ontological and epistemological starting points – that they are effectively climbing different mountains.

But to work out which of those images is more apt requires some genuine philosophical reflection.