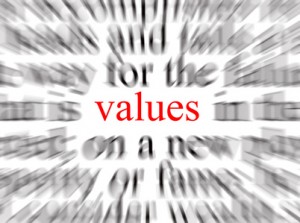 From a couple of posts in the Guardian over the last week you could get the sense that the move to recast economics is gathering momentum. Last Thursday the emergence of the Post-Crash Economics Society received some publicity. Undergraduate students at the University of Manchester have formed the group to campaign for a broader-based economics curriculum which breaks away from an exclusive focus upon the formalist, orthodox paradigm. The article also notes the launch of Rethinking Economics, an organisation championing a more pluralist approach to economics education.

Yesterday Aditya Chakrabortty reported on an event at Downing College Cambridge, where dominant approaches were similarly deprecated and calls were made for the valuing of alternative perspectives.

In the light of the perceived failings of the dominant economics paradigm there is plenty of agitation for new approaches. These represent just two of the most recent developments. But is it having any impact?

We might consider Andrew Lilico’s article in yesterday’s City AM in which he asserts that existing economic approaches have done a good job of accounting for the financial crisis and the subsequent performance of the global financial system. He summarily dismisses anyone who criticises these approaches as “cranks”. Is this a sign that the champions of orthodoxy are rattled? Fighting a rearguard action based on denigration? It might be. Or, for all I know, it may just be that Lilico likes routinely to label anyone who happens to disagree with him as a crank. It would certainly be fair to say that what’s happening in the pages of City AM is probably not a great guide to the state of the debate in economics education.

Economics ought to be a magpie discipline, taking in philosophy, history and politics. But heterodox approaches have long since been banished from most faculties, claims Tony Lawson. In the 1970s, when he started teaching at Cambridge … “There were big debates, and students would study politics, the history of economic thought.” And now? “Nothing. No debates, no politics or history of economic thought and the courses are nearly all maths.”

How do elites remain in charge? If the tale of the economists is any guide, by clearing out the opposition and then blocking their ears to reality. The result is the one we’re all paying for.

This narrowing of the compass of the economics curriculum has been evident for some time. One of the most telling passages in the piece about the Post-Crash Economics Society was the response from a Manchester University spokeman:

… as at other university courses around the world, economics teaching at Manchester “focuses on mainstream approaches, reflecting the current state of the discipline”. He added: “It is also important for students’ career prospects that they have an effective grounding in the core elements of the subject.

“Many students at Manchester study economics in an interdisciplinary context alongside other social sciences, especially philosophy, politics and sociology. Such students gain knowledge of different kinds of approaches to examining social phenomena … “

This would appear to be an implicit concession that if you want a rounded understanding of the economy – to be a well-equipped student of production, allocation and exchange – then you won’t get there by studying economics alone. Many might well agree. Indeed, the point might be seen as unexceptional. But a comment of this type being made about chemistry, physics or biology might feel a bit more incongruous.

But I don’t think this is necessarily the product of some grand strategy to silence heterodox perspectives. Rather, it’s a product of disciplinary incentives. If your starting point for hiring decisions is to value the potential to publish in the top five economics journals above everything else, and you have an accepted global ranking of journal quality, then that is a recipe for, incrementally, recruiting those whose work speaks to what are currently defined as the core concerns of the discipline, as arbitrated by a small number of US-based journal editors. The ability to contribute to the delivery of broad-based pluralist curriculum doesn’t necessarily get much of a look in. Indeed, the narrow research focus of individual hires means that over time what precisely constitutes the “core elements of the subject” becomes more tightly defined.

The challenge is that this is a strongly path-dependent process. Having reached a neoclassical equilibrium it makes limited sense at the level of the individual hiring decision to depart from the current strategy. So dominant practices and perspectives are not only sustained but strengthened.

The question is how to break out of this process. Something has to disrupt the established processes driving the reproduction of economic labour. An exogenous shock is required. Many hoped the poor performance of conventional macroeconoimcs in accounting for the financial crisis was that shock. But it looks increasingly like that wasn’t sufficient to cause a substantial shift away from business as usual.

Perhaps a bottom up process of student campaigning might do the trick. That would present economists with an interesting test of their belief in consumer sovereignty, as @unlearningecon observed on Twitter the other day.

I think the sort of coalition of support being built by Rethinking Economics has a greater chance of exerting leverage.

And these sorts of initiatives are, of course, not mutually exclusive.

It strikes me that one area that could benefit from further exploration is the economics-ethics nexus. Economists, unlike most other social scientists, are formally wedded to the clear distinction between positive and the normative analysis. Yet, there is strand of argument that this distinction is fundamentally unsustainable. Economic analysis is shot through with ethical judgements masquerading as value-free science.

Working this particular seam could be productive. 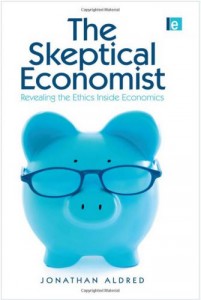 The argument is not that economic analysis needs to switch away from ‘neoclassicalism’ to an alternative paradigm. It would seem that those arguments have so far been rather successfully rebuffed by the disciplinary powers-that-be. The argument is rather that the current paradigm is not what you think it is and isn’t doing what you think it’s doing. That is a more indirect – but perhaps ultimately more successful – route to the same destination.

If this isn’t an area that you are familiar with then something like Jonathan Aldred’s The Skeptical Economist: Revealing the ethics inside economics is a relatively gentle and reasonably engaging introduction. Then it might be interesting to graduate to something like Hausman and McPherson’s Economic analysis, moral philosophy and public policy. Sen’s On ethics and economics is brief, to the point, and a bit of a classic. But it maybe isn’t the place to start. 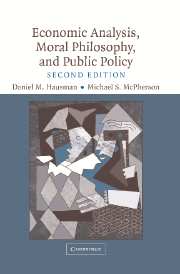 If a stronger ethical awareness could be coupled with an appreciation of the performative dimension of economic analysis that would represent a hugely powerful combination. However, we know that if engaging with ethical deliberation is a challenge, engaging most economists with performativity would be mind-blowing. One step at a time. 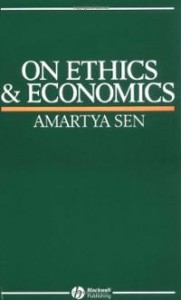 An acceptance of the irreducibly ethical basis for economic analysis – something that the founding fathers of economics would have been reasonably comfortable with – would require a fundamental reappraisal of the value and values of much contemporary analysis.

It would make economics more humble in its aspirations and modest in its claims. It would make economic analysis more reflexive and open to dialogue. It would moderate disciplinary aspirations to embody norms of scientific investigation that have been questioned in the natural sciences for several generations. It would, in fact, make economics understand that it is genuinely a social science and that is what it needs to be for it is to make a positive contribution to the understanding of society.