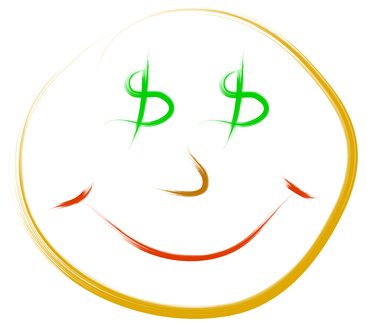 The debate over the future organisation and operation of the banking industry seems to have spluttered back into life.

Just before Christmas the first report of the Parliamentary Commission on Banking Standards made its appearance. The report focused on structures. Its most eye-catching and newsworthy recommendation was that the ring-fence between retail and investment banking, proposed by the Vickers Review, should be “electrified”. The aim is “that banks be given a disincentive to test the limits of the ring-fence”. That relatively simple statement is perhaps more revealing of the ethics and operation of the banking industry, and hence the regulatory challenge, than it first appears.

The continuing focus on the Vickers proposals is troubling. Even more troubling is the working assumption that if the Government holds its nerve – or there is sufficient pressure from outside to make sure it doesn’t backslide – so that the Vickers proposals are implemented in full then that would be an ambitious policy triumph that would tame the banks and deal with the problem. It is nothing of the sort.

There are straightforward arguments against this focus. Banks operating very different business models got into serious, and in some cases terminal, difficulty during the financial crisis. Some of the worst casualties – for example, Northern Rock, Bradford and Bingley – had no investment banking component. Their failure had everything to do with bad decision-making, poor risk management and weak regulatory oversight. As Frances Coppola has recently pointed out, this is not untypical. Looking back at previous banking crises problems of risk management and management oversight are much more frequently the source of banks getting into difficulty. But we seem incapable of learning this lesson.

The Parliamentary Commission proposes further reports later in the year covering a broader range of issues including organisation culture in banking. It will be intriguing to find out the shape that those reports will take.

The latest – and perhaps slightly belated – contribution to this debate is the publication of the IPPR’s Don’t bank on it: the financialisation of the UK economy.

This report works on a much broader canvas. It argues that, on balance, the financial industry acts as a drag on the UK economy. The profits and high incomes going to finance do not represent the reward for socially valued activities so much as rent-extraction. In order to address this, and rebalance the UK economy, the IPPR argue that more wide-ranging reform is required. Their recommendations are (p4):

There is perhaps nothing starkly novel about this set of recommendations. In some respects they are just strengthening proposals already on the table. Or reasserting the value of proposals that have already been rejected. For me the most interesting recommendation is number 3. We know that regulation in this field is bedevilled by information asymmetries. We also know that there is nothing like equality of arms between global banking organisations and regulators. The bankers have the resources – including resources that they’ve extracted from the public sector in the form of bailouts –to win the argument most of the time. As far as I can see the only mechanism likely to genuinely make the banks’ senior management sit up and take notice is greater liability located at the top.

The last of the IPPR’s recommendations – on regulating the amount of speculative credit – hints as the issue of whether much of what goes on in the financial markets is actually of any value. There is already a line of economic argument that while the financial sector plays a vital role in allowing market economies to function, beyond some level of development it becomes a drag on the rest of the economy. This is an argument that needs to be given a much wider airing because it runs against the prevailing understanding of the role of finance, in the UK in particular.

The most interesting discussion I’ve read recently on this topic is Engelen et al’s After the great complacence: Financial crisis and the politics of reform. They provide a sociologically-inflected discussion of the mythologisation of finance as the saviour of the UK economy, in the context of broader economic decline. When the claims for the broader benefit of the finance industry – in terms of overall contribution to the economy, contribution to tax revenues, direct and indirect employment and spillovers into the real economy – are set against the realities the claims become hard to sustain. The broader benefit of the financial industries – rather than the material benefit to financial industry players directly involved – is rather modest. This is a line of argument that the IPPR report develops further.

Engelen and colleagues, writing in 2011, are also sceptical of the reform agenda. If finance is genuinely to be tamed then reform needs to be more ambitious. For example, nothing in the contemporary reform agenda challenges the notion that maximising short term shareholder value is the appropriate metric by which to judge organisational performance. Yet, it can be argued that the shareholder value model lies at the heart of the practices that led to the financial crisis because it creates the temptation to over-leverage.

Engelen et al also provide an important discussion of policy development over the 2008-2010 period. It shows how relatively ambitious proposals for supranational changes in the parameters of the system, such as increased capital adequacy, were progressively watered down after consultation. What was left was something the banks could relatively easily satisfy. They document who was consulted on the various proposals and find that the vast majority of those expressing views were bankers who, perhaps understandably, were not very keen on having their freedom to make money constrained.

There is a structural challenge in policy development here. These processes tend to take place within relatively closed policy communities among policy elites. The process can easily become captured by industry interests. The outcome is therefore modest incremental adjustment, rather than the transformational structural change that many of those excluded from the policy community feel is required. If anything in the banking context this problem has got worse over time – the complexity of financial practice, which is part of the problem, can also be used as a justification for denying “outsiders” any standing in the debate.

But there is also an economic challenge for the UK specifically. Much of the discussion has been directed at curbing the damaging excesses of the financial industry, while preserving the useful but less exciting components. The net result of this will be a less risky but less profitable financial industry. If that outcome is achieved it leaves the question of what, if anything, is going to fill the gap. If finance has to some extent been propping up the economy and disguising the scale of economic decline elsewhere then we need a much more urgent conversation about what can be done to revive other sectors. This is something that the Coalition government has touched upon by, for example, increasing the number of apprenticeships or funding to start up companies. But these initiatives are probably an order of magnitude too small, if the rebalancing agenda is serious.