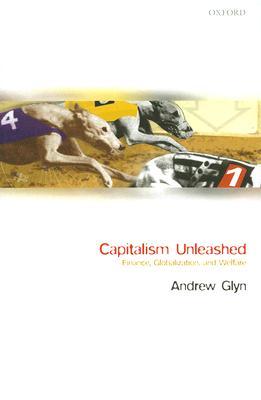 Over Christmas I went back to Capitalism Unleashed: Finance, Globalization and Welfare by Andrew Glyn. It is simultaneously a sparse and a sprawling book. The text has fewer than 190 pages, and yet it covers an immense amount of territory. I returned to the book to look for clues.

Glyn’s broad argument is that the post-Second World War period is a game of two halves.

During the 1950s and 1960s western industrialised economies experienced an unprecedented period of stability and growth during which the division of economic output was renegotiated – in the face of full employment and better worker organisation – away from profits and towards wages.

The crisis of the 1970s was followed by an extended period during which these gains for labour were eroded in the face of austerity politics, economic restructuring, globalisation, deregulation and privatisation. Glyn notes that capital account deregulation and financial innovation, in particular, reduced national autonomy, increased disruptive economic volatility and created dysfunctional incentives for senior management. He uses the now-famous example of the failure of Long-Term Capital Management and the contagion experienced during the Asian financial crisis to illustrate some of the key points. Environmental degradation sits ominously in the background as possibly placing an upper bound on future economic growth.

Glyn notes that the post-1980 marketising and liberalising policy agenda was not notably successful in improving the performance of the relevant economies. It was, however, successful in reordering the beneficiaries of the fruits of economic activity. There was a rebalancing away from wages and towards a greater share to profits. More income was also derived from property. These changes led to increasing inequality.

Glyn’s key observation is, however, about the resilience of social institutions, although he doesn’t quite frame it in those terms. Over an extended period there has been a cross-national policy agenda – sponsored by International Organisations – directed at welfare retrenchment. However, the institutions of the welfare state have proved remarkably robust, particularly in continental European countries. Glyn sees this as a positive sign. He argues that the welfare state is worth fighting for. It is the most effective means of mitigating the “market inequality” exacerbated by liberalisation and of providing adequate social insurance.

The book finishes with a brief discussion of the possibilities for introducing a Basic Income for all citizens. This is a means of moving away from the pernicious effects of means-testing benefits. It is also a means of coping with the fact that achieving adequate living standards will not require everyone to work full time, and that there is more to life than paid employment. Achieving this goal is not an economic impossibility. The barriers are primarily political.

You may be asking why, specifically, I was revisited Glyn’s book. What sort of clues was I looking for?

The answer lies in the fact that the book was published in 2006. I was interested to see what it had to say about the implications of financial deregulation and innovation. A while ago there was a debate about who did or did not see the Global Financial Crisis coming. The Queen famously asked why economists hadn’t anticipated it. Others have argued that if you look beyond the economic mainstream, blinkered as it is by the use of a particular set of unsuitable economic tools, then there were plenty of people who foresaw the dangers. I couldn’t quite remember what Glyn had to say about it. 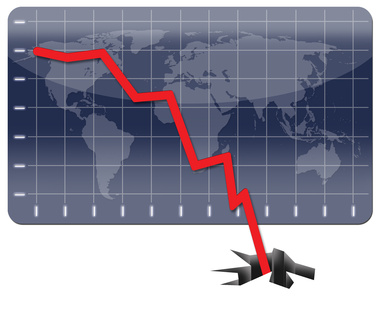 It turns out that, while the prime suspects in triggered the Global Financial Crisis – subprime mortgage lending coupled with securitization – do not feature very prominently in Capitalism Unleashed, if you draw together the threads of Glyn’s argument, and those of the sources he cites, it’s pretty much all there. You would be justified in arriving at the rather pessimistic conclusion that it was a question of when rather than if the next financial crisis was going to arrive. And how bad it was going to be.

To take a few examples:

The Bank of International Settlements in… [i]ts Annual Report for 2005 noted that “The global system seems to have become prone to financial turbulence of various sorts”. A recent paper … from BIS argued that there seems to be a “common structural thread” linking the increasing number of financial crises: “Increased risk taking on the part of private sector participants in financial markets has been facilitated by financial market deregulation and technical change. Liberalized financial systems seem inherently more prone to … intermittent financial crises than do repressed financial systems … Increased competition could bring a ‘sharpened dilemma’. Financial institutions find it harder to maintain rates of return even as shareholders demand that returns rise”. The author notes the tendency for the finance sector to take greater risks: “Consider how the loan losses to emerging market economies (EMEs) … in the 1970s seemed to spark a series of risky initiatives to reconstitute profits. In turn banks went into leveraged buyouts, property lending, proprietary trading and then lending to EMEs all over again”. He gloomily concludes that “the modern financial system seems to be subject to a wide range of problems: operational disruptions, institutional insolvencies, short-term market volatility, medium-term misalignments and contagion across countries and markets”* (pp.69-70)

Although the bailout of LTCM prevented serious longer-term repercussions the crisis brought into sharp focus the potential fragility of the financial system at its most sophisticated end. This is a continuing worry for the financial authorities charged with regulating the sector and minimizing the likelihood of major crises. A recent, very sophisticated … analysis found that a conclusive assessment of the systemic risks posed by hedge funds required data that was unavailable and likely to remain so. However, the results of their modelling suggested that “we may be entering a challenging period” and that “systematic risk is increasing”**. Moreover the banks are heavily involved with the hedge funds. “With margins in traditional business squeezed, big banks are falling over themselves to provide prime brokerage services to hedge funds, which include extending credit, securities dealing and settlement and so forth. Competition has led to an erosion of credit standards … One respondent [to a recent survey] even refers to prime brokerage as ‘the crack cocaine of the financial system’”***

Problems like those at LTCM seem endemic given the search for ever more exotic ways of beating the market. In May 2005 where was a “near systemic meltdown” in the “Over the counter” derivatives market … This followed the reduced credit rating of GM and Ford bonds, which affected several popular hedge fund trading ploys. (p.72)

The genie of financial competition and expansion has been released by deregulation and financial innovation. Whilst the worse effects of the resulting financial fragility have been felt in the Asian countries hit by the crisis of 1998, it would be wrong to assume that the greater sophistication of financial markets in OECD countries insures them against financial problems … the real economies of the USA and especially Japan have been scarred by financial excesses and the whole financial system can be threatened by the unrelenting search for “value” through ever more complex financial trades. Regulators are trying to secure the benefits from liberalization whilst limiting the risks, but this is formidably difficult and the chances of a major financial crisis must certainly have increased. The April 2005 issue of the IMF’s regular Financial Stability Report … expressed the worry ‘The combination of low risk premiums, complacency, and untested elements of risk management systems dealing with complex financial instruments could ultimately become hazardous for financial markets’. (pp.152-153)

Glyn might perhaps have flagged up more explicitly the role fraud could potentially play in magnifying some of the dynamics identified, but apart from that all the ingredients for the crisis are there.

Having looked again at Capitalism Unleashed, it would be fascinating to hear Glyn’s analysis of the Global Financial Crisis that began just a year after the book was published. Our understanding of the mess created and the damage wrought by the financial system would no doubt have been substantially enhanced if we were to benefit from his insight.

But we are sadly denied that opportunity. Capitalism Unleashed was Glyn’s last word on these matters. It is a human tragedy that he died at a relatively young age in December 2007. But it is also a profound loss to the world of social analysis.

*** Plender, J. (2005) Shock of the new: A changed financial landscape may be eroding resistance to systemic risk, Financial Times, 16 Feb.