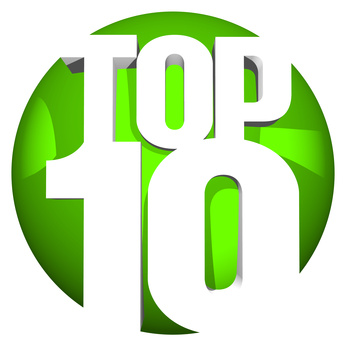 This has been quite a good year for this blog. I could never claim my ramblings have mass appeal, but traffic in 2012 has been nearly double that in 2011. This year’s top post recorded twice the hits received by last year’s top post. Half of this year’s top ten posts are from the last quarter of the year. So I’m hoping this is a trend rather than an aberration.

The blog got into the ebuzzing politics top 100 for the first time in June. It has been in the lower reaches of the top 100 for five of the last seven months. Such rankings shouldn’t be taken too seriously, but I’d rather be in the top 100 than outside it.

Thanks for reading over the year. And thanks if you also took time to comment. Sometimes responding to comments is as helpful in clarifying thinking as writing the original post.

Here are the ten posts which recorded the most hits this year:

This post was written on the Saturday night of Liberal Democrat Spring Conference in Gateshead. I passed up the delights of Glee Club to scribble some thoughts on the NHS debate, in the light of the vote that was going to occur on the Sunday morning. I wrote it simply to get some things off my chest, particularly relating to the role of Shirley Williams, which would probably escape non-Liberal Democrats. I posted it at midnight with no great expectation that it would receive an audience. Yet it was timely, and turned out to be my most popular post of the year by quite a margin.

I thought this post was going to be pretty niche. I wrote it in response to a post at Noahpinion blog. The role of mathematics in economics is a topic that has long interested me. It raises important ontological and epistemological questions. This post was simply an opportunity – excuse? – to return to an issue I had not thought about for a while. As it turned out it clearly resonated – seemingly with econ grad students in the US in particular.

I like the concept of the Andrew Marr programme. But I increasingly find the reality of it too wince-inducing to watch. This post was a quick response to a particularly supine interview with Iain Duncan-Smith.

In 2012 Bristol hosted the first Festival of Economics. This post is a reflection on proceedings and on whether economics is, in fact, undergoing a process of transformation towards more enlightened approaches. The title is a vague allusion to Bloom’s The closing of the American mind, but the connection to the substance of that work is either exceptionally tenuous or, just possibly, operating at a far greater level of subtlety than I was aware of at the time.

This post was written at the height of the frenzied speculation about Jeremy Hunt’s future as Culture Secretary, following the revelations about the links between his office and News International. My view is perhaps encapsulated by the point: “This whole episode is as shabby as it is shambolic”.

This was not the post I was planning to write. The Policy Exchange had just published a report entitled Ending expensive social tenancies. I had intended to write an assessment of its argument, but it transmogrified into rather more of a rant, written from a slightly unusual perspective.

Many commentators are concerned that the move to Universal Credit in 2013 will create budgetary problems for vulnerable people. What fewer people had noticed was Lord Freud’s announcement that there were opportunities here for bankers to make some money. At the heart of this post is the observation: “We are heading for a collision between a rapacious industry selling complex products and vulnerable consumers in a context of asymmetric information. What could possibly go wrong?”

The South West Observatory invited me down to Taunton to open their seminar by giving an overview of the policy issues generated by the Government’s welfare reform agenda. This post is the text of my talk. It seems to me that, at the time, there was rather a dearth of information about the extent and implications of the changes heading our way. I guess this post, in a very small way, filled some of the gaps.

The Autumn Statement contained the proposal that several of the main social security benefits should be uprated by 1% rather than the rate of inflation. The key point this post tries to make is that the Government may have overplayed its hand by trying to brand all benefit recipients as “skivers”, particularly as the proposals will affect more people receiving in-work benefits than those out of work. I suggest that at some point the gap between rhetoric and reality becomes too great and reality will reassert itself.

This post was triggered by an item on the local news. It sets out some thoughts on the way the stigmatisation of public sector workers has negative consequences for their transition to private sector employment. The traffic to this post was given a boost by the fact that it seemed to get up Tim Worstall’s nose, even though he seemingly failed completely to grasp the point I was making.

It would be possible to keep updating this post in perpetuity as the numbers change. But that would be rather pointless. However, I thought it worth noting that Revisiting Capitalism Unleashed, published on 29th December, is now in the top 10 posts of last year.