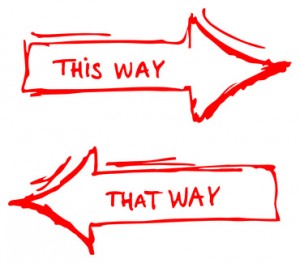 It’s been a fascinating and frustrating few days in politics.

On Thursday lunchtime I discovered that Claus Offe, one of the world’s most famous political sociologists, as giving a lecture entitled Participatory inequality in the austerity state about a hundred metres from my office late on Thursday afternoon. I thought it would be interesting to trundle along.

As it turned out “austerity state” made for a good title but was not hugely central to the talk. The talk focused on two well-known problems.

First, participation in the institutions of liberal democracy is in decline across the western world. It isn’t just the proportion of the population who bother to vote that is in decline, seemingly inexorably. In fact, voting holds up better than most of the other indicators you might look at, such as political party membership or other more active forms of political engagement. Britain is not at all unusual in now recording less than 10% of the population as being political party members. That is now the norm. Political parties are now more likely to be guided by polling, focus groups and a rather desperate pursuit of the swing voter and the mythical middle ground than they are to represent a set of values to which millions of people actively subscribe.

Second, the decline in participation is not uniform. It is sharpest among the young, those on lower incomes, with fewer skills and lower levels of education. Hence Offe’s reference to participatory inequality.

The challenge is that the system is locked in to a self-reinforcing, path dependent process. At least that is how I’d describe what Offe was saying, even if he didn’t quite put it in those terms. As participation declines, it makes sense for politicians to offer policies that appeal to those who are still most inclined to vote – older, better-educated and better-off households. That in turn means that voters in other social locations – the poor and unskilled workers – perceive politics to be a game run primarily for the benefit of the rich, and hence disengage further from the process.

In a narrow sense, such behaviour may be rational on both sides – politicians cater for those who their election depends upon, voters disengage because politics appears to offer nothing for them – but the net result is a political system that is seen as increasingly out of touch.

Offe then reflected on whether this was a problem – some, rather bizarrely in my view, have argued that it isn’t – and what one might do if one wanted to change the situation and encourage people to re-engage. He finished with the suggestion that it would be desirable for political parties to offer a policy platform that went beyond the technocratic to speak to broader concerns associated with a meaningful redistribution of income, wealth, educational and other opportunities.

During the Q+A that followed I was moved to ask a question. It seemed rude not to. If the process that has led us to what might be termed a low engagement equilibrium is based upon rational decision-making on both sides, and what is needed to reactivate those who are disengaged is a radically different political agenda, what is the mechanism by which this change will occur? If neither politicians nor the people have the incentive to change, which social actor is going to make this happen? Offe’s answer was that political parties were going to have to realise eventually that they needed to do things differently and broaden their appeal. It strikes me that, given the nature of the diagnosis, this is either rather implausible or rather optimistic, depending on your point of view.

That sense is reinforced if we look at the outcome of the subsequent local elections. The talk isn’t of the imminent rekindling of greater social democratic sentiment but of how the mainstream parties are going to respond to the rise of the populist radical right. Are they all going to move right to address arguments advanced by UKIP or are they going to hold steady? One of the sobering lessons I took from Anthony Painter’s recent report for the Policy Network – Democratic stress, the populist signal and extremist threat – is that neither strategy is likely to work very well.

These are dangerous times. Not because UKIP is likely to be grabbing the reins of national power any time soon, but because its rise represents a further deformation of democratic practice. It seems to me that the rise of what UKIP stands for – as with the rise of the Tea Party in the US – is extremely difficult to counter. Its starting point is that the political system is run by a metropolitan liberal elite that is out of touch with the concerns of “real people”. UKIP has styled itself an anti-establishment party, even though such a claim is not even slightly credible.

We focus upon whether or not UKIP as a party is racist. Or is it just that it tends to attract supporters who are racist? The premise is that this is an important distinction. Yet, the appeal of UKIP is more subtle than that. Stephen Tall summarizes it neatly:

Ukip is enjoying its turn in the sun as an opposition party with a USP (stop-the-world-I-want-to-get-off-pull-up-the-drawbridge-nothing-against-them-personally-but-we’re-full-and-another-thing-health-and-safety-some-of-my-best-friends-are–all-the-parties-are-the-same-I’d-emigrate-if-I-could) and regarded by voters as a safe outlet for a protest vote.

The debate over UKIP, the EU and alleged racism tends to detract from the fact that the views the Party espouses across a range of issues are anti-intellectual and evidence-free, and hugely simplistic. Its policy agenda is utterly incoherent. If it ever got near power it would be catastrophic. But none of that matters because the party’s policies have emotional resonance.

If the mainstream parties shift right or seek to accommodate the populist radical right agenda then we lose and UKIP wins. If they don’t then the egregious Mr Farage will no doubt take this as further evidence that the mainstream parties are run by an out of touch metropolitan liberal elite. Head they win, tails you lose.

And it is impossible to engage in debate with the agenda because it is largely impervious to reason and evidence. It doesn’t matter how many times it is pointed out that there is no evidence the whole of Bulgaria is about to move to the UK or that claims that 70% of UK legislation originates with the EU are palpably false, Farage will still keep on making such claims. The normal rules of reasoned debate – that you don’t keep promulgating views that are demonstrably untrue – seem to have been suspended. And yet no one is really calling him out on it when it matters. “Post-truth” politics becomes further entrenched.

One of the few bright spots following the local elections, for me at least, is that in Bristol UKIP came nowhere. The Lib Dems suffered badly, and a candidate from Independents for Bristol was elected, but UKIP failed to make any impression. In fact, more notable was the fact that a young Muslim Somali woman was elected as a councillor with more than 50% of the vote in a strongly working class area. As Eugene Byrne points out, we do things differently in Bristol.

In between Professor Offe and the local election results we had a great illustration of what is wrong with mainstream politics in the form of Thursday’s BBC Question Time. I’m not talking about David Starkey in the role of the pantomime villain. During the discussion on the NHS an audience member asked whether it was problematic that more than 200 members of the Commons and Lords have current or recent links to private health providers. He pointed out that this looked like a significant conflict of interest when the matter under discussion is the privatisation of the NHS. What was the response? Justine Greening gave one of the most panicky responses to anything I’ve heard on Question Time. All she said was that members are required to enter an interest in the register of members’ interests before participating in the debate. She then tried to move on to talk about something else. The idea that simply registering an interest removes the conflict of interest is risible. Shirley Williams, for all her estimable qualities, also completely ignored the question and instead talked about protections against GPs commissioning services from private firms in which they have a financial interest.

There was a strong sense that Parliamentarians have been caught with their hands in the sweetie jar.

The need to clean up the corruption in politics was one of the key claims of the Liberal Democrats in the run up to the 2010 General Election and elements of that carried over into the Coalition agreement. Establishing a Statutory Register of Lobbyists was a small step in the direction of trying to curb the power of the corporate sector over the legislative agenda. And what’s the latest news on that front? It seems Cameron is now planning to drop the legislation to create the Register on the advice of Lynton Crosby, a lobbyist.

Never mind whether it is the right thing to do to strengthen the institutions of liberal democracy. Never mind that in the process it further detaches politics from the concerns of “real people” and suggests that politicians are in the pocket of big business. And therefore it reinforces the sorts of grievances that make people succumb to the siren call of the populist right.