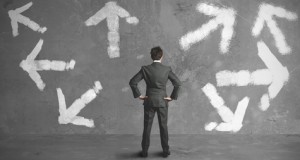 I’ve been thinking about possible scenarios for the future following the Brexit vote. None of them looks particularly appetising. Anyone concerned about the risk that the discontents driving much of the Leave vote might take more violent form, if expectations are not met, would be right to be worried. The problem is that those expectations were, and are, never likely to be met.

This is where I got to:

This scenario appears to be favoured by some of the leaders of the Vote Leave campaign, but it does nothing very meaningful to ‘take back control’ and may not allow significant control of EU migration. The UK would have to abide by EU rules but have no say in their formulation. This scenario might well minimise the economic damage to the UK, but that would depend on the details of the deal, such as whether passporting UK financial services into the EU continued.

This is the Farage/Gove/Leadsom option. We will be have regained ‘sovereignty’. We will be able to control the number of Polish plumbers and Romanian fruit pickers who enter the country. But it is likely that there will be a massive outflow of investment, the City of London will most likely lose its status as a global financial centre, the UK’s research reputation will be trashed, and there will most likely be another round of austerity as tax revenues collapse along with economic activity. This will make the living conditions of those in the poorest areas considerably worse in the short to medium term. Those who voted leave because things couldn’t get worse will discover that this is, as it turns out, not the case. The additional money won’t be there to spend on the NHS or any of the other promises made by the Brexiteers. The promised sunlit uplands of independent economic strength, if they are to be reached at all, are not reached in anything other than the long-term. They are thus of limited relevance to a significant proportion of Leave voters.

Until Theresa May made her comments today about the status of resident EU nationals being up for negotiation, the Leave camp had been focusing – or at least are now claiming they were focusing – on reducing the inflow of migrants rather than the fate of those already here. This was not how their message was received. Indeed, I had a very illuminating conversation with a taxi driver in Belfast last week who assured me that the housing problem would soon be sorted now that we are an independent country and we could ship all the migrants out.

Under this scenario Hardcore Leavers will have their expectations frustrated and will feel betrayed by the ‘political elite’. Civil unrest may or may not ensue

By one mechanism or another Brexit doesn’t happen in the near future. It may be defeated by a vote in Parliament or another referendum. The can may be kicked down the road, with the promise of Brexit always held as a tantalising prospect for some time in the future. It may be that there is a stalemate regarding the terms for negotiation between the UK and the EU and the UK government is unwilling to trigger Article 50. It is possible such a stalemate may be engineered for precisely that purpose. There is an air of zugzwang about the situation already. It may simply be that politicians see the exodus of economic activity – which is already starting – and realise that Brexit will be an utter car crash and therefore totally irresponsible. They decide that it is not in the best interests of the country to pursue it.

Scenario 4. Brexit never happens as a consequence of the referendum (which doesn’t rule out leaving the EU at a later date for a different reason)

This is, of course, the hope of all Remainers. The question will be whether and when we conclude that scenario 3 has morphed into scenario 4.

There are other scenarios floating around – such as, that Brexit in fact results in Lexit, where our rejection of the EU’s ‘neoliberal’ project heralds the glorious birth of workers’ democracy in Britain. Given the current – and likely future – state of the Labour party this is too fanciful to entertain seriously. It seems rather more likely that Brexit heralds an intensification of the neoliberal project under an even more rightwing government, taking its instructions from the plutocratic tax-lite elite.

So, as far as I can see, whichever route is pursued from here Hardcore Leavers – of a sort who may or may not be tempted to engage in civil unrest – are going to find their expectations frustrated. It is, however, likely to be for different reasons under each scenario.

We have to assume that Brexit is still the most likely future strategy, and therefore we are facing scenario 1 or 2, but it will depend crucially on who secures the Conservative leadership. Yet, the idea that Brexit won’t happen is gaining some ground.

And that is not entirely wishful thinking on the part of Remainers moving through the grief cycle.

The legal blogger David Allen Green observed before the referendum result was known that the thing to watch out for is the triggering of Article 50, and that the more time passes before it is triggered the less probable it is that it will ever be triggered.

Cameron declined to trigger Article 50 straight after the referendum, as he had originally stated he would. We now see the candidates for the leadership of the Conservative party offering various possibilities ranging from September this year to a refusal to be drawn on a specific date. Given that events in the real economy are moving at a pace, by the time the new Conservative leader is in place we might well have had some further significant pieces of bad economic news that would cause any sensible leader to pause and reflect.

And that is quite separate from the legal actions now being started to establish that the referendum result must be ratified, or otherwise, in Parliament before Article 50 can be triggered.

If non-Brexit is a real possibility, what might be the best strategy for acknowledging it and steering through it, given the tensions it will inevitably generate?

I have a few thoughts on that. But this post is long enough already.