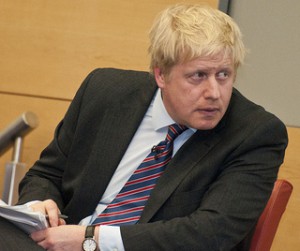 The EU referendum debate is as horrendous as it is important. The psychodrama of blue-on-blue attacks makes for good television. But the absence of other voices and other perspectives on the debate is glaring. And it could be decisive.

Those who are sick of the sight of Cameron, Johnson, Gove, IDS and Farage would benefit from hearing a Labour critique of a post-Brexit Britain in which rights are eroded and individuals are increasingly left to fend for themselves. Talk of escaping Brussels ‘red tape’ is, after all, shorthand for the deregulated dream the Tory Brexiteers are seeking to realize. Some might welcome hearing more of the positive case for the EU that is being made by committed internationalists in the Liberal Democrats. Or there might well be a ready market for genuinely Euro-realist case: the EU is admittedly an unlovely institution but the best strategy is to stay in and seek genuine reform – there are signs of support for reform among the other countries – because the alternative of exit is likely to be so much worse.

The quality – if I can use that term – of the debate must give any believer in the democratic ideal cause for concern. While it has always been true that politicians are frequently guilty of hypocrisy, the level of disinformation, misinformation and outright mendacity evident over the last few weeks has been breath-taking. Many who believe in the desirability and power of collective deliberation are likely to have had that belief severely shaken.

Both sides have been guilty of lowering the tone. Remain have been guilty of exaggeration, stripping away nuance, and transmogrifying reasonable assessments of risk into apocalyptic fact in an attempt to scare the bejesus out of voters. But they haven’t made quite such a habit of dealing unrepentantly in demonstrable lies as the Vote Leave campaign. The paradigm example is the claim that the UK sends £350m per week to the EU. The figure has been debunked so many times that any campaign with a shred of self-respect would have abandoned using it. And yet it continues to be deployed.

It has been clever politics for Vote Leave to hitch that £350m figure to greater funding for the NHS. But I do find it extraordinary that anyone buys that argument. Johnson, Gove, IDS, Farage – these are not people renowned for their commitment to maintaining high quality publicly-funded health services. Indeed, until they hit on the £350m-to-the-NHS gambit they were rather more closely associated with advocacy of moving away from a national health service and towards alternative models involving privatisation, social insurance and the like. I find it hard to believe that en masse they’ve had a Damascene conversion to the wisdom of collectively funded health care. I’d be rather more inclined to believe that they are spinning a yarn to try to win votes. The puzzle is why anyone would believe them.

One of the other clever tactics adopted by Vote Leave – purely in terms of short-term gain to win this specific vote – is the denigration of any and all independent sources of information and expertise. If Vote Leave convinces voters that anyone and everyone who disagrees with them is not to be trusted because they are part of a giant elite conspiracy then Vote Leave’s statements – however outlandishly preposterous – are insulated from correction or effective contradiction.

The long term damage to our political culture might well be profound.

Michael Gove’s dismissal of expert views was a particularly egregious example of this strategy. Anti-intellectualism is never far away when populism comes calling. But I find it extraordinary that leading actors in political debate in an advanced democracy can adopt these sorts of positions with impunity. It is, of course, indicative of the weakness of the Vote Leave case. It is not possible to engage critics in reasoned debate because many of the arguments for leave would simply crumble. So they must be insulated from criticism.

Gove argued that rather than listen to experts, he placed his trust in the British people. But when the British people have little more than misinformation to work with it would not be surprising if they were not well-placed to make a well-considered decision. Some of the opinion survey evidence emerging over the last few days demonstrates that a significant chunk of the population isn’t well acquainted with even the most basic relevant facts. It doesn’t auger well for the outcome of the vote.

It would also seem wise to ask what Vote Leave mean when they talk of taking power back from Brussels and trusting the British voter. They are not, as far as I’m aware, proposing any programme of further devolution. They are not, to the best of my knowledge, proposing reform of the way in which we elect Westminster governments to make them more representative. They are not keen to avoid a repeat of the current situation – where a majority government was formed on the basis of the votes of around a quarter of the eligible electorate. So we can only conclude that “taking the power back’ means more power concentrated in Westminster and that means more power to Johnson, Gove, IDS and co. The power isn’t being taken back for the benefit of the likes of you or me.

We might say that giving more power to the Conservatives in Westminster will deal with the biggest concern of those planning to vote Leave. That is, it will allow a crackdown on immigration. We can debate whether immigration is, on balance, a good thing or a bad thing. The positive case for immigration has not been made very forcefully during this debate. And there have surely been policy mistakes in handling immigration since 2004. But there has been just as little scrutiny of whether a vote for Brexit will confer the power on Westminster governments to deliver the isolationist immigration policy stance that some seem to crave. This could in part be because Vote Leave have been – possibly intentionally – unclear about how they conceive of the world post-Brexit. If the UK is still part of the single market then free movement will continue – unless the remaining members of the EU decide to tighten up on the rules, which isn’t beyond the realms of possibility. At the same time, as Rick points out a couple of days ago, immigration is more a question of economic strength in a globalised world – it’s “not a bug, it’s a feature” –  so, even if we leave the EU, when the UK economy thrives people will still want to come to the country to work. It could credibly be argued that unless we pull up the drawbridge completely, or crash the economy totally, a vote to leave the EU will have limited impact upon immigration. 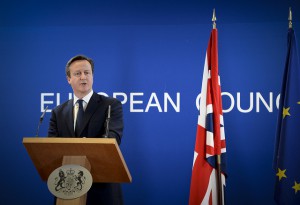 That is just one example of a complex issue being simplified so as to allow the EU to be scapegoated. There are plenty of things that people are concerned about. And plenty of these things are attributed to the malign influence of the overly-bureaucratic and technocratic EU. But that attribution is quite often wrong. It is wrong in both directions. It fails to recognise that the country is embedded in a globalised economy in which multinational capital increasingly holds sway: that isn’t going change by leaving the EU. And it fails to recognise that many of the issues that people are angry about are home grown: they are the product of UK policy decisions, rather than EU impositions.

That is not to deny or trivialise people’s concerns. It is to argue that Brexit won’t address those concerns. One of the consequences of Brexit, if it were to happen, would be the discovery that many of the problems we face would still be there. But it will be less plausible to blame the EU.

Not only will existing problems not resolve over night, but we will have a whole new bunch of problems created by the economic shock that would follow the Brexit vote. I don’t think anyone is disputing that there will be an economic shock, affecting not just to the UK but the global economy. The OECD is highlighting Brexit as one of the current major global risks. The leave and remain camps simply differ on whether they think the risk of the loss of thousands of jobs and a decline in living standards for lower and middle income households in the short to medium term is a price worth paying.

One of the problems with these discussions is that the magnitudes of the figures are so huge that many of us have difficulty getting our heads around them. The Vote Leave promise to spend an extra £350million a week on the NHS, if we take it at face value, sounds like a big number. But it won’t solve the NHS’s funding problems and, more importantly, it could easily be totally cancelled out by the loss of tax revenues that will follow from a Brexit-induced recession (as Martin Lewis discusses here). Or it could be wiped out by the increase in debt servicing costs that will follow from the downgrade by the credit rating agencies that is highly likely to follow Brexit. We might deprecate CRAs for threatening a downgrade, as Standard and Poor’s did this week, but we would be foolish to assume it’s an empty threat.

The referendum debate so far has been as dire as we might have dreaded it would be. Treating it like a Tory party soap opera does the whole country a disservice. At stake are the livelihoods of thousands – millions – of people. Voting leave will throw the economy into turmoil in search of benefits that are limited at best, and illusory at worst. But it will satisfy the egos of a few politicians seeking more power.

I have seen it suggested that after eight years of suffering and stagnation in living stadards following the Global Financial Crisis there are plenty of people who are considering voting leave because they feel they don’t have anything to lose. I sincerely hope they never get the chance to find out that, actually, there was plenty more to lose.