Lib Dem blogging on the slide 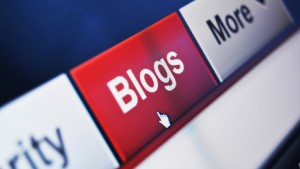 Over at Liberal Bureaucracy a few days ago Mark offered an overview of activity in the Liberal Democrat blogging community. He argues that the trend is not healthy – fewer bloggers, less activity:

So, there are less of us, and we’re quieter than we once were, which feels to me to be an accurate reflection of the Party generally, a bit loathe to put its head above the parapet for fear of being shot at.

I seem to remember Stephen Tall saying something similar about the decline of active bloggers at the BOTY award ceremony in Brighton a couple of years ago.

I’m not sure that anyone could disagree on the broad trend. It is easy to think of quite a few well-established bloggers who have either explicitly called it a day or who have drifted into relative inactivity. It is less easy to think of new voices that have emerged to achieve a significant profile or make a substantial impact. Nick Tyrone perhaps falls into that category, but he can hardly be characterised as a new voice emerging out of nowhere.

But I wonder about Mark’s interpretation of this trend.

I don’t disagree that the Party in some ways feels a bit quiet. I can sort of understand that. It is facing a hard time and a hard task getting a clear message out in the run up to the General Election.

But I’m not sure that the same reasoning necessarily applies to bloggers.

A few things struck me as I reflected on Mark’s post:

* To be clear, that is in no way a criticism of Richard. I’m sure he’s got plenty else on which has meant that blogging got squeezed out. It is more a point about sustaining the pool of bloggers: who picks up the baton and continues to make the case.