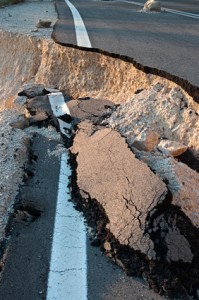 Today we witnessed a number of important developments, if you happen to be a policy geek. These developments have a substantially different character, and provide students of the policy process with much to chew on.

This morning we received news that Chris Grayling has decided to drop his proposals to introduce price competitive tendering for legal aid. This follows an earlier relatively low-key announcement that the proposal to remove defendants’ choice of representative was to be dropped.

Instead of the model of tendering proposed in Transforming Legal Aid the Ministry of Justice is working with professional bodies to come up with something new.

I’ve already had words about the TLA proposals, which are deeply problematic. And I, alongside many thousands of others, submitted a response to the consultation. As far as I can tell, almost all of those responses were pointing out the folly of the proposed approach. No one is against saving money. But almost no one thought that the TLA proposals represented a plausible means of doing so. It was a pretty friendless policy.

So this change of heart has got to be good news.

There are no doubt plenty of other aspects of the MoJ’s planned changes that are cause for concern. But we can chalk up this change of direction as a victory for good sense. Given that politicians generally don’t like to be seen changing their mind because it will be interpreted as a sign of weakness, that is welcome news indeed.

The question is why such bizarre proposals were brought forward in the first place. Some have pointed to a rather surprising lack of legal expertise in the MoJ policy team. That might be part of the story, but I suspect there is more to it than that.

Then at the end of the day we received news that the Coalition has indicated its intention to redraft much of part 2 of the Lobbying Bill. Clearly the Government has been subjected to a huge amount of criticism from civil society organisations regarding the possibility that the Lobbying Bill is in fact a #gaggingbill. As I wrote at the weekend, and many others also pointed out, the bill was poorly drafted and unacceptably vague in its provisions.

However, tonight’s news of a rewrite is most likely not entirely the product of external pressure. The news follows hot on the heels of the release of a Political and Constitutional Reform Committee’s report, which is pretty scathing about the Bill in its current form. Indeed, in summary the Committee states: “We do not believe that the Government has clearly communicated the need for Part 2 of the Bill” and recommends that Part 2 be withdrawn, pending the establishment of a special Committee to draft an improved Bill.

Here again we might ask how such poor proposals were introduced into the House in the first place. We know that its introduction was rushed and that there was no pre-legislative scrutiny. But that can only be part of the story. A key problem is that it is not at all clear what problem Part 2 of the Bill is attempted to address. Such a fundamental lack of clarity paves the way for befuddled drafting.

Leaving that to one side, and also noting that it doesn’t look like the Government is proposing to move on the equally problematic Part 1, we might chalk up this change of mind as another victory for good sense.

Which brings us to the final development: the publication of the absolutely excoriating National Audit Office report on the development of Universal Credit. Ian Duncan Smith has been all over the media today not only getting angry but also defending the policy, continuing to claim that it will save vast sums of money, blaming civil servants for every failure identified, and trying his best to avoid any of the crap that is flying around sticking to him.

Many of the problems that have hit the process were entirely foreseeable. Unlike, it seems, the DWP, several commentators with a serious grasp of the challenges this type of project would present did, indeed, foresee them. For example, Colin Talbot has reminded us today that he posted some very sceptical commentary as soon as the policy was announced in 2010.

But perhaps the most arresting observation the NAO makes is that:

There are a couple of points in this. First, it is quite extraordinary to find that the Department did not have a detailed view of how the system was meant to work. It is no wonder that the ICT is bodged if it isn’t clear what is supposed to be doing. Second, this lack of a detailed view persisted despite being “warned repeatedly”. The DWP might advance the argument that external commentary in the blogosphere and the like is not something that they have time to attend to. But ignoring repeated direct warnings is rather different.

Of course, despite the pervasive scepticism that Universal Credit is ever going to be fully operational – or indeed that the whole idea is fundamentally flawed – IDS continues to pledge that the whole project is still on time and on budget. In this respect I am reminded of a piece today in The Onion.

I’m not sure I thought I’d ever say it, but it might fall to George Osborne to inject a sense of realism into the proceedings. IDS is required to make a fresh business case for the policy later in the year and we can expect that he is going to get a hard time. But for the moment we must chalk this one up to good sense not prevailing.

A common thread in all these cases is the apparent lack of sufficient thought at the outset: thought about what the policy is trying to achieve and thought about whether the proposed mechanisms are, even in principle, capable of achieving those objectives. This would seem like a profound – and elementary – mistake.

Such thinking won’t stop a policy getting mired in implementation problems. But building the policy on weak foundations increases the chances of it turning into a fiasco.

Why the Government didn’t, wouldn’t or couldn’t do the hard thinking at the start of the process is a question that remains to be answered.