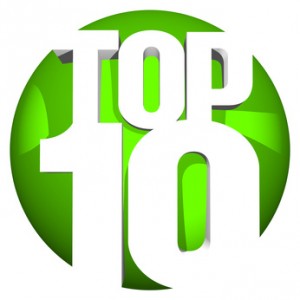 I’m not 100% sure I can decide what sort of year 2014 has been for this blog – good, bad or indifferent. The overall level of traffic has been the same as 2013, give or take a few hundred hits. I’m grateful to everyone who takes the time to read what I post.

The pattern of traffic has been bit different this year to that of previous years. Nothing I posted this year sank without trace, but, on the other hand, nothing really took off. Most posts did okay (by the standards of this blog!).

The statistics for the year are rather dominated by a couple of posts originally published in 2013. They both recorded more than three times the hits of anything I published in 2014. I’m glad that they have found a broader audience, but I’m not entirely sure they stand out from a lot of the other stuff I’ve written. I’ve no idea whether the longer a blog continues the more likely it is to find greatest hits from the back catalogue continuing to attract substantial traffic, but that certainly seems to be happening here.

The blog again spent all year in the teads (previously ebuzzing) monthly ranking of the top 100 politics blogs. Such rankings are not to be taken too seriously, but I guess being in the top 100 is better than not being there! Thanks to everyone who thought one of my posts was worth retweeting, liking or linking to.

Thanks also to those who crossposted my posts to other group blogs and to all those who took the time to comment on one of my posts during the year.

Here, then, in reverse order, are my top ten most popular posts of 2014:

For policy watchers Universal Credit is a almost endless source of fascination. You suspect that in future years it is going to feature as a textbook case study of how not to implement policy. This post was triggered by a Philip Collins column in the Times and the publication of the NAO’s second report on the progress of UC.

This post featured in my top 10 posts both last year and the year before. It was a response to a post at Noahpinion blog. It discusses the role of maths in economic knowledge, which is a topic of profound significance for the nature of economics and a source of continuing anxiety for many economics students. I suspect the latter is why it continues to attract readers. Whether it provides them with what they are seeking is a different matter.

I’ve written several posts about the twists and turns in the bedroom tax saga. This one was in response to Andrew George’s Affordable Homes Bill, which sought to mitigate some of the worst effects of the bedroom tax. The post also links to a conference paper on the bedroom tax that I’d delivered in July in Edinburgh.

This is another post linking to the text accompanying a talk. I was invited to speak at a conference organised by HACT and the Northern Housing Consortium on the topic of the future of social housing. This is the text I wrote after the event to flesh out the points I made.

6. A voyage of rediscovery (4th January)

This post touches on several aspects of contemporary housing problems and policy and notes the inclination of commentators to look back into the history of housing policy for lessons. It also notes that the UK academic housing studies community lacks a high profile historian of housing policy, because the leading lights have all now retired.

In the Spring Labour made a big housing policy announcement relating to the private rented sector. The focus was on rent regulation and longer tenancies. My main point in this post is that while rent regulation generally has a bad name we need to recognize that the term “rent regulation” can cover a multitude of possibilities, and each will have different effects on housing markets. Those effects are not necessarily catastrophically negative, depending on how the policy is designed.

This post notes the arrival of a Work and Pensions Select Committee report which had some pointed things to say about welfare reform. It then goes on to review the main findings from two research reports on the impacts of welfare reform published by the Joseph Rowntree Foundation.

For each of the last three years I have posted on my top ten blogs of the year – those blogs that I have been reading most avidly. I haven’t got around to doing one for this year yet. Last year one of the blogs I mentioned linked back to my post and, in large part because that blog clearly gets vastly more traffic than this one, it boosted this post into my top 10.

This post is a post that keeps on giving. It is perhaps misleadingly titled because it is, in fact, a bit of a defence of Jones. Every time Jones appears in the media plenty of people google “owen jones irritating” or something similar; this post comes near the top of the search – and they arrive back at my blog.

In April-May 2013 I wrote an overview of the context and challenges facing the housing association sector to use as an input into the strategy discussions of one of the big housing associations. They allowed me to make the text publicly available at Scribd.com. This post points to the pdf. The document has been used by several other housing association boards and senior management teams, and it seems that it continues to be relevant.

If I remove material originally published before 2014 from the list and just focus on this year’s posts then the top ten looks like this:

That’s the lot for this year. Hope to see you back here in 2015. Happy New Year!