Storm in a Libdem teacup? 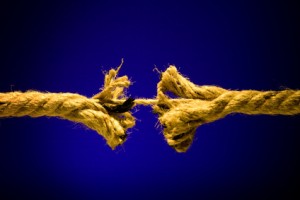 You might have thought we were currently in the eye of the storm. We’ve been through the pain of seeing more than 300 Libdem local councillors lose their seats. And today the results of the European Parliamentary elections will no doubt bring fresh horrors. So perhaps the intervening period was the time to take a moment to quietly steel ourselves for further bad news.

Not a bit of it. Person(s) unknown thought it a good idea to launch Libdems4change. My first reaction to that title was to think surely all Libdems are for change? They are very much for a fairer and more liberal society than the one we currently have, for a start.

But Libdems4change has a rather more specific agenda. The website sets out the argument that Nick Clegg needs to step aside as leader in order that the party can get a fair hearing in the run up to the General Election next year. Clegg is seen as so unpopular and so untrustworthy that the voters have simply stopped listening. So it’s time for a change. That way it might be possible to prevent electoral annihilation.

The website is collecting signatures to append to an open letter to Clegg asking him to go for the good of the party. At the moment just over two hundred members have signed up. Quite a few of the early signatories are prominent in the Social Liberal Forum, although there are reasons for thinking the initiative doesn’t necessarily originate with the SLF itself.  Yesterday morning at LDV George Potter posted an eloquent explanation of why he was persuaded that signing the letter was the right move. That post must be one of the most read on the site in quite a while. It has certainly attracted an extensive – if somewhat idiosyncratic – comment thread.

Yesterday afternoon the BBC reported on rumblings of discontent elsewhere in the party. And, more importantly, the Independent is carrying a story about concerns in the Parliamentary Party. Clegg will be as aware as anyone else that a credible threat of finding himself involuntarily propelled into the departure lounge is much more likely to emerge from that quarter than from an online petition.

Libdems4change have been dismissed on Twitter as “idiots” by those of a more Cleggite inclination. The group has been dismissed as publicity seeking and putting their own interests before those of the party. Richard Kemp, a model of diplomacy at all times, as is well-known, dismissed the group as “numpties”.

Carl Minns had some harsh words to say about those who prefer to spend their time on election day crafting online petitions rather than pounding the streets. He also seems to imply that sufficient effort at local level is the key to winning – anything happening at national level is irrelevant or can be neutralised. In this respect he was very much on-message with the HQ “where we work, we win” mantra. Which always strikes me as a bit of a kick in the teeth for all those who work their socks off by still fail to hold on to their seats. It seems implausible to suggest that councillors who have given their heart and soul for their communities don’t get turfed out by voters angry at decisions taken hundreds of miles away about matters largely divorced from the world of local government.

Contrary to some of the critical comment I’ve seen, my reading of Libdems4change is not that they necessarily wish to disown the party’s track record in the coalition. Rather, it seems to me they are saying that if the message about the liberal contribution to the coalition is going to be heard, and if a liberal vision for the future is going to get a hearing, then the case has to be made by someone else.

I don’t for one minute think that the primary motivation of the organisers of Libdems4change is self-publicity. I’m very happy to believe that everyone – on all sides of the debate – is seeking the best for the party and the cause of liberal democracy. They just diverge sharply regarding what they think that entails.

There are several issues in play here, and it is possible to credibly read the situation in completely different ways.

Is Nick Clegg the problem? If he was replaced would that lead to an uptick in the party’s fortunes? Or would the party be just as deep in the mire with another leader? Is it the leader or the party that is toxic to most of the electorate?

My feeling is that Nick Clegg is, indeed, almost certainly terminally unpopular with the electorate. For many voters he has become a lightning rod for discontent. That is undoubtedly not very fair to him. But then no one says politics is fair.

Yet I don’t think a change of leader will make a huge difference to the party’s chances in 2015. My feeling is that the party itself is now pretty unpopular in the world at large. It is no doubt attracting new members among those who appreciate what the party has done in coalition. These are people who, I guess, mostly sit somewhere on the soft centre right. But I don’t encounter many people when I’m out and about with a good word to say for the party nationally, apart from party members. Most people seem to view the party as useful idiots facilitating a deeply ideological Tory party – the liberal measures the party has managed to put in place totally swamped by the carnage the Tories have inflicted on society. It may, of course, be the company I keep, but I live in strongly yellow territory. Again, many of the criticisms you encounter aren’t fair, or even necessarily anchored in anything solid, but that doesn’t make the situation less true.

Is there any chance of that happening before May 2015, whoever is in charge? It seems unlikely. For one thing, there isn’t really a huge amount of time. For another, it relies upon the media creating the space to give a new leader a fair hearing. Given that at the moment the media – particularly the BBC news operation – seem to be on a mission to boost the cause of Nigel Farage’s right wing populism it seems less likely that they will be interested in a liberal renaissance. But I guess if it is newsworthy enough they might be tempted to pay a bit of attention.

Even if Nick Clegg were defenestrated, who would take his place? And would they have the credibility to make the case? It strikes me that most of the electorate are less than au fait with the niceties of collective responsibility or the power of the Whip’s Office. So as far as they are concerned most of the senior Liberal Democrats “in Government” are implicated in all of the crimes that Clegg is alleged to have committed. Finding someone who fits the bill of the new Messiah, untainted by association with the dastardly Conservatives, is going to be tricky. Making them leader before the election means that they won’t stay untainted, in the minds of the electorate, for long. I’m not sure that helps with the ultimate objective of reasserting the independent identity of the party. It might be that St Vince could step in to the role on a caretaker basis, but even his reputation has been tarnished somewhat by the sorry tale of the Post Office privatisation.

Overall, I’m not hugely in favour of changing leader now. But I think there is likely to be a change soon after the next general election. I think Nick Clegg should face the electorate.  At least you’ll get a clean result. The party will be judged on its record in coalition. I suspect the outcome won’t be pretty. And if the election delivers a coalition with Labour, which seems quite likely, then it may be that a change of personnel at the top becomes inevitable then.

Nick Clegg always seems very keen to assert that he has no intention of resigning simply as a result of the party recording abysmal election results under his leadership. It will be interesting to see what happens if his exit is the price demanded for a further term in government.  It will be a test of whether ensuring the liberal voice as a presence in government is the top priority.

Only concerns in the Parliamentary Party are likely to stop Clegg facing the voters in May 2015. If enough backbenchers – or indeed members of the Government – get worried that they are going to lose their seats, and believe that defenestrating Clegg might save them, then he might go. There doesn’t appear to be any sign that local constituency associations are massing for a vote on Clegg’s leadership. And I’m certain that an online petition, signed by many who the leadership can dismiss as “the usual suspects”, isn’t going to have much of an impact.

Not so much eye of the storm as a storm in a teacup? Possibly.

But of course things can sometimes change very fast in politics. If today’s European results are sufficiently bad then that could turbocharge the campaign against Clegg.

Martin Tod has just posted at his blog, offering his reasons for signing the Libdems4change letter. I have a great deal of respect for Martin. He is not only a Liberal Democrat up to his eyeballs, but also a thoughtful analyst of political strategy and tactics. Whether or not you buy the argument that the only way to deal with the party’s problems is for Clegg to go, the issues he sets out in his post are real and merit careful consideration.