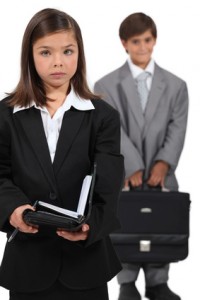 It’s being billed as a set piece set-to.

The rapidly approaching Autumn Conference in Glasgow is of great significance. Discussions that shape the content of the next General Election manifesto will be at the core of the agenda. It would appear that Nick Clegg and his aides are aiming to use a string of votes at Conference to push the party in his preferred direction. The major Clegg-sponsored motion on the economy – which basically asks voting reps to sign up to Osbornomics as official party policy – is likely to be a particular flashpoint; just as previous motions on the economy have been.

Some are portraying this conference as a battle for the heart and soul of the party. That may be overstating the case. But it appears that, depending on how the votes fall, the party could end up approaching the next General Election with a rather different policy platform to those upon which its previous electoral progress was built.

Tensions between the policy positions favoured by the party leadership and the preferences of most activists are not news. They have been apparent for many months. Nick Clegg wants to anchor the party in the centre ground, without any very explicit acknowledgement that the “centre” in practice means centre-right and this stance is a repudiation of the centre-left position the party has occupied for much of this history. He has repeatedly railed against those in the party who would wish for the comfort of opposition rather than the challenges of government, without ever offering any very concrete evidence that such people exist. This obsession with attacking straw men has been noted by several commentators.

Now commentators beyond the party are joining in. In a recent post at the Telegraph entitled “Airy-fairy Lib Dems must face life outside the goldfish bowl” Isabel Hardman uses a revealing metaphor. Isabel suggests that “Clegg and his colleagues are trying their best to persuade activists to adopt a more grown-up approach to policymaking”. The implication is that thus far we’ve been behaving like children. If activists persist in supporting policies on the basis that they are infused with social liberal values and principles, rather than their popularity with the swing voter in the centre ground, then that is oh so endearingly and impractically childlike. Activists need to grow up and face reality. Values and principles have nothing to do with it. What you have to do is come up with a suite of policies that tickle the voters’ sweet spot. Or make you look more enticingly moderate to a potential majority coalition partner. If that means compromising on principles you hold dear then that can’t be helped. That’s the price of power.

Isabel goes on to note that “Lib Dem activists tend to lean further to the Left than their party’s top dogs. In fact, they behave more like Labour members – but with an even more inflated sense that they occupy the moral high ground”. And that “what Mr Clegg fears is that if the party isn’t grown-up enough about producing sensible policies, it will fail the most important test of all – the general election. Voters want to see evidence that this third party is committed to taking the difficult decisions of government, rather than simply maintaining the idealistic purity of opposition”.

Indeed, Isabel’s post constructs activists as a key problem for the Liberal Democrats. The party’s attempt to maintain internal democracy long after the other major parties have rid themselves of it means that the leadership cannot simply set out whatever policies they happen to favour. Labour and Conservatives have long since removed any real power over party policy from the grassroots, activists, and party conferences. Power lies at the centre. The implication is that life would be a lot easier for the Liberal Democrat leadership if it could wrest power from the membership and shape a policy platform to its own taste, in the light of the focus group results, the triangulation and the marketing briefing.

This could be dismissed as a piece of Telegraph mischief making. But I have seen similar views expressed by Liberal Democrat members who align themselves with Mr Clegg’s agenda.

Yet, this issue raises profound questions. What exactly is a political party? Is it the activists and the membership? Or the leadership? The Liberal Democrat answer – with its emphasis upon community politics, internal democracy and federalism – has typically been very different to that offered by the other parties. If there were a move to ape the other parties ever more closely then it could trigger an existential crisis.

It would also be immensely short-sighted. The centralisation of power in the two main political parties has arguably contributed to their decline as mass political movements. The drive to achieve consistent messaging for media consumption leaves no room for genuine internal democracy. Members feel that there is no chance that their views will influence policy, even marginally, and feel there is no great point in joining the party. So increasingly they don’t. For the Liberal Democrats to centralise in pursuit of a message to appeal to the swing voter would be a move in precisely the wrong direction.

We also need to question the premise of the centre ground argument. Liberal Democrat progress in local, national and European elections up to 2010 was largely built upon offering a liberal alternative to Labour. If voters have deserted the party since 2010 then it is as a result of the injustices perpetrated by the Coalition government. We need to understand this. And we need to remember that 35% of the population do not vote because they do not feel that any of the current parties speak for them. Aligning the Liberal Democrats more closely with Labour and the Conservatives will simply reinforce that.

The task now is not to adopt the Coalition political agenda as our own, because the agenda is overwhelmingly a Conservative agenda. The task is to articulate a genuinely liberal democratic platform that nonetheless demonstrates a firm grasp of the problems facing the country. It is also to enhance the electorate’s understanding of what coalition government actually entails. In no sense is this to engage in childlike idealism. A genuine alternative to current policy directions can be articulated without succumbing to wishful thinking.

Few, if any, Liberal Democrats would prefer the comfort of opposition; what they would prefer is a liberal democratic government. They would like a party that contests elections on the basis of a genuinely liberal democratic manifesto rather than a pale imitation of the policy positions of the other parties. But they recognise that compromise would be necessary, if it turns out that coalition is the most viable way forward.

Surely that’s the very essence of grown up policy making?