Aggressive intolerance as a substitute for aggressive housing policy? 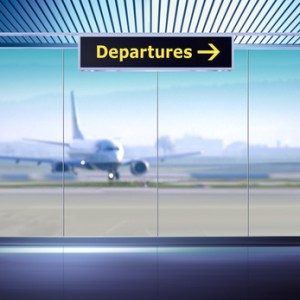 Something’s been bugging me, but I’ve not fully thought it through. That may well become apparent in a bit.

I’ve a sense there is a link that isn’t being made as effectively as it needs to be.

Within the housing policy community there is a widely shared presumption that housing supply in the UK has been inadequate for at least the last couple of decades. The detailed numbers can be debated, but there is broad agreement that the number of homes constructed annual falls well short of the numbers needed to meet the growth in the household numbers. At the moment we are operating at around half – or perhaps a little more – of the rate of new build that most commentators consider necessary. So the shortfall continues to increase. As a consequence we witness problems of affordability and access. Rapid tenure transformation – the resurgence of private renting – can also, partly, be explained by this lack of supply.

Within this housing policy discussion examination of the key driver of housing demand – household growth – is perhaps less prominent than might be anticipated. It is not that it is not discussed. It is clear that much of the growth in population is endogenous. Much of it is about population ageing and changing patterns of household fission and fusion. Some of it is about increasing wealth inequalities meaning homes standing empty for much of the time because they are second homes. At a more detailed level, there is also an element of internal inter-regional migration, which can tend to increase housing pressure in already pressurized local housing markets.

Some of the change in housing demand is a product of net migration. But this is not identified as the key driver. And the story of the impact of immigration on the housing market is as much – if not more – about super-rich individuals purchasing top end properties as an investment, thereby inflating house prices across the price distribution, as it is about low income immigrants occupying overcrowded and insanitary private rented properties. But the overall sense from this discussion is that immigration is not the key driver of the dwelling-population imbalance.

This account of the housing problem can be contrasted with the increasingly poisonous broader narrative regarding immigration. It is an area plagued with data problems. The Government isn’t averse to playing up the scale of the problem in order to justify punitive action. We’re now in the world of #racistvan. It appears that racial profiling is alive and well on the streets of London. The rhetoric is of the vigorous pursuit of illegal immigrants, but the negative effects on community relations more broadly – whether intentional or not – are potentially considerable.

Anyone who looks a bit foreign could be an illegal immigrant. It’s hard to tell just by looking. If these vans are touring the area it stands to reason there must be a lot of illegal immigrants in the area. Why not just take the shortcut and suspect everyone who isn’t white? They should have to prove they have the right to be here.

The two debates only occasionally intersect in formal policy terms. The Government’s crackdown on “beds in sheds” was ostensibly about poor housing standards, but, as a joint endeavour with the Home Office, it was as much about catching illegal immigrants.

Yet, the poisonous nature of the immigration debate allows an alternative “common sense” explanation for the housing problem to take hold. If you venture below the line on just about any online post relating to the UK’s housing problem – which, in general terms, isn’t something I’d recommend – it does not take long before a commenter will state that the origins of the housing crisis lie in uncontrolled immigration: if only we shut the borders and sent all these undesirable foreigners home then there would be plenty of homes for all the British people who have the right to live here. You are more likely to encounter this sort of opinion at the Telegraph than you are at the Guardian. But you can find comments of this type just about anywhere.

No one can deny that immigration is part of the housing story. But it is perfectly possible to deny, on the basis of the available evidence, that recent “uncontrolled” immigration is at the heart of the problem.

I tend to suspect that if we dug deeper we would find that “immigrants” in this context includes every person of colour who has settled in the UK since the arrival of the Empire Windrush, if not before. In which case we’re not talking about concerns over uncontrolled immigration during and after the New Labour era so much as straightforward racism.

Even if there is a tenuous connection between the available evidence and the view that immigration is the root of the housing problem, one suspects that the Government has a strong incentive not to try to correct the error. It provides the ideal excuse. By cracking down on immigration and adopting increasingly punitive measures against illegal immigrants the government is solving the housing crisis into the bargain. So there is no great need to push harder on the issue of increasing housing supply. The housing world is reading the situation wrong. The solution to the problem isn’t simply boosting supply, it is putting the brakes on demand by removing that component of demand that is deemed “illegitimate”.

The immigration debate is one in which credible evidence seemingly plays an even more peripheral role than it does in many other policy areas. But, if my admittedly speculative argument holds, there is a strong case for the research community to spend more time trying to communicate to a broader audience what we already know about the nature of the housing problem and the drivers of housing demand.

That would invite – if not oblige – policy makers to engage more directly with the issue, rather than allowing intolerance to obviate the need for action.