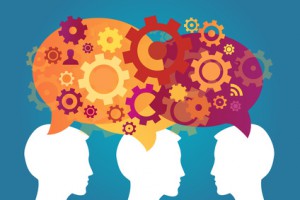 I spent the back half of last week at the European Network for Housing Research Annual Conference in Edinburgh. The organising committee were kind to me. My paper on the battle over the “bedroom tax” was timetabled for the first morning, so it was soon out the way and I could concentrate on what others had to say.

From my perspective, two themes emerged strongly from the conference. Both related to crossing boundaries.

The first theme was the way in which housing studies connects, or doesn’t connect, with policy studies. In my paper I observed in passing that: “[t]he policy studies literature intersects with the literature on housing policy only infrequently”. There are, of course, points of connection, but not as many you might expect given that much of housing studies is strongly applied and policy-focused.

During the discussion of my paper I was asked why I thought that might be. The best I can come up with is that it is largely a function of the disciplinary backgrounds of those who make their way into housing research. Many housing researchers start out in economics, sociology, geography, social policy or socio-legal studies. Fewer have an initial training in political science. And even fewer will have spent much time in the sub-field of policy studies. So if we are going to make connections from housing policy to some of the core ideas and models in policy studies it relies on researchers reaching out into the relatively unfamiliar policy studies literature.

You can equally look at the situation from the opposite direction: researchers in policy studies who seek to work through the implications of their theories using empirical cases rarely select housing policy as their focus, and housing policy is rarely the starting point for theory development.

This has always struck me as a slightly odd situation, and definitely a missed opportunity. Because there are plenty of connections to be made. There are plenty of papers wrestling with development and change in housing policy that would be able to develop more systematic and illuminating arguments by drawing more explicitly on the resources available in the policy studies literature.

There are signs that the situation is changing. In the housing field we’re seeing more frequent reference to the policy studies literature, particularly concepts drawn from historical institutionalism – notably, path dependency. And, for example, a special issue of Housing Studies on the politics of housing is currently being assembled. That promises to be an important intervention.

One challenge here is to ensure that the engagement with the policy studies literature is well informed. A good example would be the concept of path dependency. The concept has been subject to extensive critique already. Indeed, you could argue that the policy literature has moved beyond it. When looking to import concepts it is important to recognise the current stage of theoretical development in the field of origin.

Be that as it may, I’m hopefully about the possibilities for the next phase in the development of the housing literature.

The second strong theme of the conference was engagement and impact on policy and practice. Or, more accurately, lack of engagement and barriers to impact. A conference like ENHR comprises academic researchers talking to their peers. Much of the research presented would potentially be of great relevance to policy. One of the most valuable characteristics of this type of international exchange is to problematize the taken-for-granted assumptions of domestic debates. It is easy to forget that the possible social and economic arrangements through which housing is provided – and the palette of policy interventions that have been tried – is much broader than it appears from within a national policy debate. But an event like the ENHR Conference concedes relatively little to other potential audiences. Attempts to make the discussion digestible to non-academics are limited.

Is that a problem? Should a conference like the ENHR make explicit attempts to translate some or all of the matters discussed into terms that would be more accessible? Some academic conferences press release the results of interesting studies as they are presented in the hope of reaching the mainstream media. Is that the sort of thing that should be encouraged?

There is undoubtedly a role for translational activity and broader engagement. It could be bolt-on component of an academic conference like ENHR. That could work. But it’s not the only way, and I’m not convinced it is necessarily the best approach.

Many of the researchers present at a conference like ENHR actively engage with policy and practice audiences on other occasions and in other forums. Certainly, few housing researchers in the UK would need convincing that bringing the results of their research to a broader audience is a valuable – indeed integral – component of their activities. But separating this from more mainstream academic discussion is likely to mean that both academic discourse and public engagement are more effective. 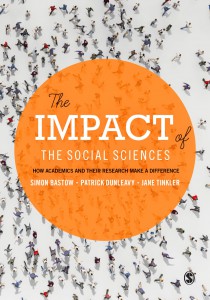 Housing research is a strongly applied field and, since long before I became involved, members of the community have been attuned to the practical relevance of their work. But we now live in a world where all branches of academic endeavour are obliged by funders and regulators to pay attention to engagement and impact. Some of the understandings of impact being used here are hopelessly simplistic, whereas others show a much better appreciation of the subtleties of the social processes involved. Probably the best recent full length study of the issue is the book by Bastow and colleagues at the LSE. They consider not only a variety of theoretical channels to impact but also concrete examples of the practice of impactful research, including highlighting some of the tensions inherent in trying to carry out both excellent research that genuinely contributes to advancing understanding and at the same time engage meaningfully with a range of audiences. Time is, after all, a finite resource.

The broad concern for impact and the utility of research is undoubtedly welcome, as long as we can avoid the trap of assuming the converse: that unless research has demonstrable short term utility it is not worth doing. That is a difficult line to tread.

One of the most intriguing contemporary moves, therefore, alongside the solidification of the impact agenda, is the social scientific interrogation of the way in which the agenda is developing – the opportunities it may open up and risks to which it exposes researchers. I am thinking here, for example, of the initiative by Smith and Freeman to bring together researchers from different perspectives to examine the politics of knowledge. Importantly, this initiative starts by placing the concept of power as central to the whole enterprise. This has got to be right.

We have, rightly, moved beyond the rhetoric of evidence-based policy. We are now in a world of, at best, evidence-informed policy. That is as it should be. Evidence rarely delivers ready-made answers. It is one input to policy deliberation alongside others. But how those deliberations play out is something that can only be understood with the aid of a sophisticated appreciation of power operating at both micro and macro level.

Housing studies should be well-placed to contribute to these broader debates about politics, knowledge and power. We have a huge reserve of cases upon which to reflect. In order to do so we will need to continue to strengthen the bridges we have built to cross over into other disciplines, including policy studies. There is an important and exciting agenda to be developed here.

And if you’re tempted to find out what on people get up to at the European Network for Housing Research then you might like to have a look at the website for next year’s conference – which will be in Lisbon.