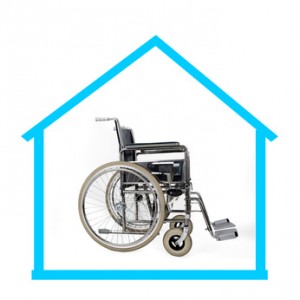 Well, well, well. It turns out that the bedroom tax isn’t such a good idea after all.

Nick Clegg and Danny Alexander have U-turned on the policy, ostensibly in the light of the (delayed) publication of interim report of the DWP evaluation. The report indicates that the policy largely isn’t achieving the objectives set for it.

Early tabloid headlines announcing that the Liberal Democrats were calling for abolition were misleading. Instead, what Clegg and Alexander would appear to have done is withdraw support for the policy in its current form and adopt a position broadly in line with the motion critical of the bedroom tax passed by Liberal Democrat conference last autumn in Glasgow. To be fair to NC he did state at the time of the Glasgow conference that the independent evaluation would be important in shaping support for the policy. And so, it would appear, it has proved to be.

The appropriate response to this may be a quick hurray, the observation that it is better late than never, and then a second hurray for the Liberal Democrats’ commitment to evidence-based policy. Certainly, it is always welcome when the party leadership decides to align itself with the views of the membership.

However, the position the Clegg and Alexander have ended up adopting is not without problems, both political and practical. To some extent, the political problems are a function of Clegg’s “hug them close then differentiate” strategy. The Huffington Post helpfully ran a post yesterday on eight times Clegg publicly endorsed not only the bedroom tax policy but also the logic – and I use the term loosely – that underpins it, before he suddenly decided it was a bad idea.

Some of the problems are easy to predict. Labour will no doubt, at the first available opportunity, bring forward another motion to abolish the bedroom tax, just as they did at the back end of last year. This will be designed primarily to make the Liberal Democrats squirm. The Liberal Democrats will have to decide whether they side with Labour to abolish a policy they have publicly stated they no longer support or side with the Conservatives in a bid to keep the Coalition limping on to the General Election. Either way they won’t come out of it smelling of roses.

At a practical level, the policy the Liberal Democrats are proposing – including the idea of exempting households with a disabled member and households who do not have a realistic opportunity to trade down – would be quite hard to implement. Plenty of energy has been expended in the social housing sector trying to determine whether an offer of accommodation to a statutory homeless household constitutes a reasonable offer. Who will determine whether an under-occupying household has got a realistic opportunity to trade down? That’s going to be a vale of tears.

Equally importantly, these two groups account for the bulk of those affected by the bedroom tax so this change of policy would leave very few people facing a housing benefit reduction. In fact, it could be argued that if you want to exempt those groups then you might as well abolish the policy entirely. Or you could genuinely harmonise it with the private rented sector so that it applies to new tenancies only, in which case you would most likely observe very few social tenants actually being subject to housing benefit reductions as a result of under-occupation.

One would like to think that the Liberal Democrat leadership appreciate this. It may be that it is purely a political calculation: securing wide-ranging exemptions is judged less politically damaging than coming out for full abolition, even though the net result will be very similar. If that is the case, then I can sort of see the logic, but I’m not sure I agree with it. It feels like a case of choosing the slightly milder but longer term reputational damage, allowing Labour to exploit the vacillation, rather than the short sharp pain of accepting the need for abolition.

Finally, the arguments that this is about evidence-based policy making feel a bit disingenuous. While the DWP study is no doubt a good piece of work, there is almost nothing in it that hasn’t been identified in previous studies conducted by a range of bodies. Indeed, most of the effects we are observing were predicted by housing experts well in advance of the policy being implemented. If those views had been taken more seriously at the outset then perhaps the policy would never have got off the ground. Instead, hundreds of thousands of people have had their lives made considerably more difficult – in predictable ways – before our political leaders accepted what was largely self-evident to those who actually understand the institutions and processes of the housing system and their interaction with the welfare system.

James captures the situation rather neatly in his tale of Mick Clogg.