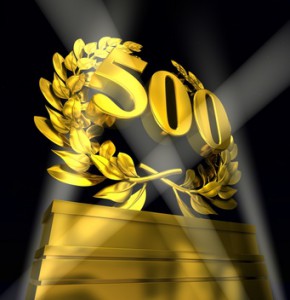 This is the five hundredth post on this blog. It is, of course, an entirely arbitrary milestone, but it nonetheless causes you to reflect on why you do it. Five hundred posts translates into well over half a million words, at a rate of ten or so posts a month over nearly four years. That’s a lot of words, taking up a lot of time.

I have written before about why I blog. I have blogged on how I got started, and how I reconcile being a political blogger with my other identity as a senior academic. What I wrote then still holds true, although I’m conscious that in recent months my posts have tended not to roam quite so widely as in the past. I have concentrated more on topics that are close to my academic interests and my politics. So I have cycled through posts on housing policy, welfare reform and the tribulations of the Liberal Democrats. I’m not entirely sure why that is, except that when you’re busy elsewhere it is less intellectually demanding to blog on topics you know well.

I have blogged about the way blogging has affected my writing style. That has largely been a process of unlearning. I wouldn’t say my writing has improved, but it has become simpler, clearer and more conversational. That is probably a good thing in itself. It means that my blogposts find their way on to reading lists for students looking for brief introductions to specific contemporary policy topics. And blogging has certainly allowed me to engage with policy and practice audiences to a far greater extent than was ever the case previously.

It does, however, seem to make switching back into long form “academic” writing mode more of a challenge over time.

Blogging has had other, unrelated benefits. Last week I delivered an oration to mark the award of an honorary doctoral degree. It’s the first time I’ve ever had to deliver a speech to a prepared text (I know, at my age!). And it was a speech for the general public rather than an academic audience. Never having done this before I assumed that I’d just write a blogpost and see how I got on. My draft speech was checked by the powers-that-be and was accepted after a couple of small amendments. I am absolutely certain that if I hadn’t blogged all those words over all those months I wouldn’t have had any idea where to start in writing the oration – it would have turned out to be pretty indigestible academic stodge.

Blogging has been around for a long time. Blogs fall silent relatively frequently as even high profile bloggers run out of energy, enthusiasm or things to say. Yet, many academics are arriving on the blogging scene relatively late. There are plenty who are just getting started. Or just thinking about getting started. One of the byproducts of my relative longevity as an academic who blogs regularly is that I am made into a case study for various presentations and talks introducing academics to the delights of social media. I’m not entirely sure how I feel about that, because I have always tried to keep my blogging identity and my academic identity separate. This has always been a rather precarious position to occupy. It is a bit of a sleight of hand. It is particularly precarious when the academic contingent of my audience recognize it for the fiction that it is and are content to collapse the two identities into one. On the other hand, it is pleasing that the blog carries a small amount of weight among my peers – such that colleagues can be pleased to get a mention in a post. And if they can learn something useful from my efforts – if only what to avoid when getting tangled up in the online world – then that’s fine by me.

I was very struck by a tweet earlier this month from the sage that is the Epicurean Dealmaker:

Blogs aren’t perennial, unchanging, and impersonal. They have lifespans—birth, growth, death—that mirror the changing lives of their authors

It made me consider where in its lifecycle this blog is. We are clearly a long way beyond birth. For three years the audience has grown, although it has plateaued in the last couple of months. I’m posting at something around my usual rate. One advantage of being a political blogger is that you are usually responding to contemporary events as they occur, so there is, perhaps, a reduced risk of repeating oneself. However, the risk is genuine. It intensifies when politicians seem impervious to the relevant evidence or reasoned argument. That is an invitation to make the same arguments over again as you seek to highlight the error of their ways. Yet, I think I’ve so far avoided succumbing to too much unconscious repetition.

My feeling is that the blog continues to be reasonably vigorous but is starting to grey at the temples. It is perhaps best characterised as being in early middle age (not unlike myself :-D). So there is plenty of life left in it.

On the other hand, we’re moving into a stage of life where some are struck down suddenly and without warning. I’m not sure what the blogging equivalent of a heart attack or stroke is, but perhaps the best prophylactic is continued exercise of the blogging muscles and a diet involving plenty of political roughage.

I think I’ll stop there. I’m pretty sure that metaphor has been tortured for long enough.