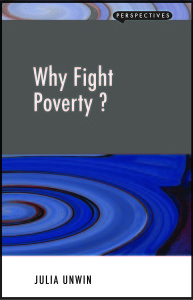 These days it seems we’re more likely to hear politicians talk about a “cost-of-living crisis” or, possibly, allude to problems of housing affordability than we are to find them discussing “poverty”. Indeed, we’re back in an era where the whole concept of poverty, and whether there are any households in genuine poverty, is being questioned. The translation of the banking crisis into a crisis of welfare has seen benefits cut and uprating mechanisms pared back. The prevailing policy narrative of over-generous welfare provision has caused the discussion to loose its moorings. The political elite fail to show any great appreciation of when or whether their cuts might be at risk of reducing citizens to an unacceptably low standard of living.

Yet, in recent weeks the term “destitution” seems to have made an unwelcome return to the political lexicon following the intervention by Archbishop – now Cardinal – Nichols to raise the issue of overzealous benefit sanctions.  And there’s been some discussion of quite how far the UK will miss its child poverty targets by, largely as a consequence of the Coalition’s welfare “reform” agenda.

Into this fog of political euphemism and misdirection comes Julia Unwin’s Why fight poverty? This brief book was published towards the end of last year, but I’ve only just got to reading it.

The book is a timely reminder of what is at stake. Unwin provides a restatement of why poverty is a major social problem – not just for those who find themselves poor at a particular point in time but for everyone. Poverty is risky, costly and wasteful.

Unwin argues that the political debate over poverty – such as it is – is polarized into those who view the causes of poverty in structural terms and those who see the issue in terms of agency.  Both views are simplistic. They lead to different understandings of who is responsible for addressing the problem of poverty.

The structural view is likely to lead to the conclusion that the state must act to deal with systemic problems. In contrast, the agency–centred view leads to the conclusion that it is failure on the part of individuals and households that places them in disadvantaged positions. The state has no obligation to act, apart, perhaps, from spurring households into action to improve their lot. Indeed, misguided attempts by the state to assist have made matters worse by encouraging dependency.

Unwin seeks to move beyond this type of binary thinking towards a more subtle understanding of the interplay between structure and agency. I’m sure that is the right approach. But it does risk getting bogged down in one of the most long-standing and inconclusive debates in the social sciences.

There is an important role for disseminating accurate information about the contours of poverty in an attempt to counteract some of the more egregious misinformation perpetrated by politicians and the right-wing media. But that is not, in Unwin’s view, sufficient to change the landscape of the debate. Views on poverty are not necessarily rooted in fact. They are as likely to be rooted in emotion. And that emotion acts as a barrier to public support for reducing poverty. Here Unwin has in mind:

To change public beliefs about poverty, and therefore create the conditions for fighting it, requires more than the desiccated language of facts and figures. It requires narratives and stories that generate empathy and understanding. And it requires the recognition that those with experience of poverty have an authentic expertise that must be part of the discourse.

There is of course much more than that to effecting large scale social change, as Unwin notes. One of the prerequisites, though, is a sufficiently strong and broad-based alliance that brings people together around a common vision in order to agitate for change. And that is something that we are currently a long way from.

The more I think about it the more I think that we maybe need to take a step back to more foundational issues such as human flourishing, capabilities, dignity, and freedom. If a coalition is built around the importance of realising these values then anti-poverty action follows pretty much by implication.

Unwin’s book doesn’t attempt to identify very specific routes forward. Nor does it prescribe very specific solutions to poverty. But it does map out the importance of the issue, its major dimensions, and the barriers that need to be overcome before the fight against poverty can make some genuine headway. It is primarily a call to arms.

And that is an important contribution in its own right.