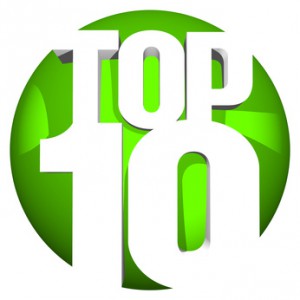 Blogging around here has been a bit different this year. For various reasons I’ve only managed to publish around 50-60% of the usual number of posts. Given the much reduced level of activity, the fact that hits on the blog were only down 10% or so doesn’t seem so bad: when I got round to publishing something it’s been read by more people, on average.

I am, as ever, hugely grateful to everyone who takes the time to read what I post.

The top 10 for this year features three posts originally published in 2012 or 2013.  The top post of the year will come as no surprise if you follow this blog.

Here, then, in reverse order, are my top ten most popular posts of 2015:

10. Economists and their politics (11th January)

The year started with a bit of back and forth in the econ blogosphere about mainstream versus heterodox economics and the way in which economic perspective relates to political stance. This post is my contribution to the debate. I suggest that expanding the discussion to embrace questions of ontology would help us bring greater clarity to what is at stake.

9. Social liberalism and the Liberal Democrats (26th May)

In the wake of the General Election, it could plausibly be argued that the future for liberalism in the UK is bleak. This post bounces off a piece written by Stephen Tall after an Economist article which argued liberalism had actually triumphed by being absorbed into the agendas of the other major parties. This post suggests that this argument doesn’t really get to grips with the significance of the ‘social’ in social liberalism.

Tim Montgomery produced a fascinating post in the Spectator that criticises capitalism from the right rather than the left. He argued that the lack of constraints on capital, and the perception that the odds are stacked too much in favour of certain sections of society, run the risks of undermining perceptions that capitalism is genuinely a fair social system which provides opportunity for all. This post reflects on his argument that it is in the long-term interests of capitalism for those who are advantaged by the current system to show some restraint.

This post has featured in my top 10 posts every year since it was published. It was a response to a post at Noahpinion blog. It discusses the role of maths in economic knowledge, which is a topic of profound significance for the nature of economics and a source of continuing anxiety for many economics students. I suspect the latter is why it continues to attract readers. I am not sure that it necessarily provides them with the assurance they are looking for.

Many housing bloggers piled in to provide commentary on the housing implications of the Chancellor’s “emergency” budget back in July. This post is my contribution. It notes that the budget is a big push for owner occupation while doing little that is helpful in the rental sectors. I asked whether the policy added up. I concluded: “It would hard to argue that it does. It is most likely a recipe for continuing deterioration of housing conditions among the poorest households as affordability continues to worsen. Rates of overcrowding and living in substandard accommodation are likely to increase”.

A blogpost at the Adam Smith Institute argued that the problem with the UK housing market is an insufficient amount of slum housing. Deregulation of the bottom end of the market would be desirable because then landlords would be able to provide housing of sufficiently poor quality to be affordable for those on very low incomes. This post responds to that argument. I don’t agree with the ASI position, but I note that it highlights something important.

This post was written during the Labour leadership campaign and reflected on why the Labour leadership candidates were not challenging the Conservatives more forcefully on welfare reform policy. After all, the Conservative policy around the overall benefit cap targets a problem of limited magnitude in practice. But it helps frame the welfare debate in negative and stigmatising terms. Why were Labour willing to fight the battle on terms dictated by the Conservatives? Or, perhaps more pertinently, it is highly significant that Labour seemed unable to frame the issue in a way that meant the battle could take place on different terms.

This turned out to be the most popular post I published this year. It is a response to the news that the sell off of expensive local authority rented housing, first advocated by the Policy Exchange, was a manifesto commitment by the Conservative party. But the Conservatives proposed to took things a step further and extended the Right to Buy policy to housing associations. At this stage it wasn’t clear whether the policy was being proposed in earnest or whether it was simply a tactic to try to ensure the Conservatives were first across the electoral finish line. Subsequent experience has demonstrated that they were serious, and are in the process of legislating, even though many of the objections to the principle and practice of the policy remain, and it has all got a lot more complicated.

This is the post that keeps on giving. It had many more hits this year than in the two previous years – and three times as many hits as any post published in 2015. It is perhaps misleadingly titled because it is, in fact, a bit of a defence of Jones. It seems that every time Jones appears in the media plenty of people google “owen jones irritating” or something similar; this post comes near the top of the search – and they arrive back at my blog. In addition, given that we now have Jeremy Corbyn as Labour leader, the substance of these arguments has greater resonance.

If I omit from the list material originally published prior to 2015 and just focus on this year’s posts then the following posts would make it in to the top 10: Policy capture, busy work and the housing problem (31st Aug); Housing: What crisis? (23rd Nov); Towards Postcapitalism (15th Aug).

That’s what turned out to be popular in 2015. I suspect that 2016 won’t just be “spring cleaning” the blog by giving it its new look. I will probably be writing about a slightly different range of topics in future. Politics and policy, housing and economics will no doubt continue to feature prominently, but other topics are likely to be added to the mix. It will be interesting to see how those are received.