The Localism Act – over to you 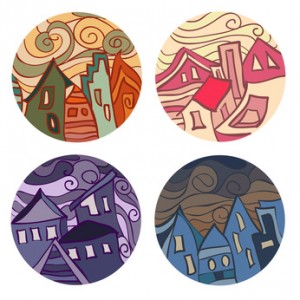 Last Wednesday the Local Government Information Unit (LGiU) collaborated with Bristol City Council to run a major one-day conference on the Localism Act, which is now rapidly moving towards implementation. The audience comprised primarily local authority elected members and senior officers. The conference was kicked off by Barbara Janke, the Liberal Democrat Leader of Bristol City Council. The day’s discussions were bookended by wide ranging presentations from Westminster Liberal Democrat politicians: Lord Shipley in the morning and Andrew Stunell, our man at the Ministry, in the afternoon.

The Localism Act is huge – both physically and in the range of topics it addresses.

The LGiU event tried to capture the key developments: neighbourhood planning and neighbourhood forums; housing; and community rights. Along the way the discussion touched upon other important developments such as the localisation of business rates, the Community Infrastructure Levy, and the possibilities and powers of elected mayors, a topic high on the agenda in Bristol as we move towards a referendum.

Yet, several speakers saw the key change as lying elsewhere. The new local authority general power of competence was identified as fundamental. While it can be argued that this doesn’t, in practice, broaden local authorities’ scope for action dramatically, it has clear symbolic significance. No longer is a local authority’s starting point for discussion whether it is allowed to do something. Rather the question is whether there is anything to stop it doing so. This was identified as an opportunity to show civic leadership. In a time of austerity, the need for such leadership is ever more apparent. We face unprecedented challenges – such as providing care and support for a rapidly ageing society – that require local innovation and experimentation to identify effective responses.

Andrew Stunell argued that the Localism Act is potentially a once in a generation change to our political system. Its underlying objective is “cascading power down the system”. It is breaking with the idea that Whitehall knows best. There are new powers for local authorities, communities and individuals.

But, Stunell argued, this potential will only be realised if local authorities and communities grab the opportunity. They must embed localism in practice so that reversing this trend away from the centre becomes unthinkable. Yet, localism isn’t going to come with a guidebook crafted in Whitehall. No code of practice is going to emanate from Eland House. Local authorities and communities have been given powers. It is for them to use those powers as they see fit.

Localism no doubt has potential. But it is already clear that it presents risks. And much of the detail on components of the new system – such as the final version of the National Planning Policy Framework – has yet to emerge. We should expect a lot of the missing information to become available over the next couple of months.

We are entering a new era in the relationship between local authorities and the communities they seek to serve. And it will be arriving at a Town Hall near you very shortly.

Tomorrow I will look briefly at some of the more detailed issues that emerged during the day’s discussions.