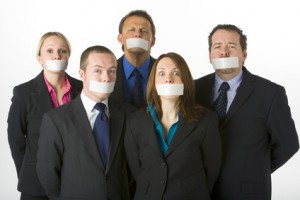 Over at Liberal Democrat Voice today Tom Brake provides an update on the progress of the Lobbying Bill, focusing particularly on Part 2 because of the extensive criticism it received both inside and outside Parliament last week. Brake’s post notes that:

It is not, and has never been, the intention of this bill to in anyway restrict the ability of charities to campaign to change government policy or on other issues they feel strongly about. And government is more than happy to consider amendments to make that crystal clear and set to rest any concerns parliamentarians and campaign groups might have.

Genuine commitment to amending this truly awful bill has got to be welcome. But I find this stance a little peculiar.

It may or may not be the Liberal Democrats’ intention to curtail the campaigning activities of charities and the voluntary sector. That is perhaps a little bit more debatable than Tom Brake suggests. After all, the temptation to take the illiberal route must be there. If only the Liberal Democrats could silence the NUS then they could stop all those pesky student protests reminding everyone about the party breaking its tuition fee pledge. Very inconvenient. And potentially very damaging in those constituencies where the MP is going to need the student vote in 2015 to get back in.

But I don’t think there can be much doubt that it is precisely the Tories’ intention to silence the campaigning activities of the charity and voluntary sector.

The commentator Benedict Brogan’s blog at the Telegraph yesterday illustrates the mindset:

“The public should see how third parties seek to influence the political system.” This was how Andrew Lansley, the Leader of the House, justified the broad purpose of the Transparency of Lobbying, Non-Party Campaigning and Trade Union Administration Bill … Mr Lansley might usefully have said, “how political parties use third parties to seek to influence the political system” if he wanted a more accurate description of what we might describe as the shadow politics of the 21st century. Policy battles these days are more commonly fought through the proxies of think tanks, campaign groups, public bodies and charities deployed across the airwaves, from the Today programme to Newsnight. Labour, both under Tony Blair and since then, has been adept at getting its friends into places of influence – where, under the cover of independence, they shape every argument to a Left-of-centre view.

Reds! Under the bed!

There is a presumption that a charitable sector full of Labour placemen and women gives Labour an unfair campaigning advantage. This, of course, rather conveniently ignores the structural advantages created by an almost entirely right wing press.

You might object that Brogan is not the Government. But Chris Grayling put his name to a Daily Mail article at the weekend that focused upon attacking Judicial Review as part of the ongoing incremental attempt to put the Government beyond the rule of law. In the course of Grayling’s article it becomes apparent that the Tories view not only charity campaigners but large swathes of the legal system as a vast left-wing conspiracy to stop them doing whatever the heck they want to do.

These people must be stopped. Government does not require scrutiny. There is no need to hold it to account. It is the Executive’s right to make decisions however egregiously bad, as long as there is some sliver of a possibility that they can claim to be assisting the economy. Government knows best.

Arguing that this is not where the Tories are starting from is either disingenuous or touchingly naive.

And I fear that it is a risky strategy to rely on amendment to remove the worst excesses and correct the worst deficiencies of a Bill that almost everyone agrees is a dud. For some reason the phrase “you can’t polish a turd” comes to mind.

That was the strategy deployed with the Health and Social Care Bill. And while amendments may have improved that Bill, there was plenty still wrong with it by the time it reached the statute book. It was arguably less coherent by the end of the process than it was at the start. And the Tories arguably managed to provide a veneer of concession while preserving much of what was objectionable. We were left with some senior Liberal Democrats ruing the fact that the Bill hadn’t been killed at Second Reading, if not earlier.

I suspect that you could get relatively short odds on something similar happening again.