Is third party expertise just what the kids need? 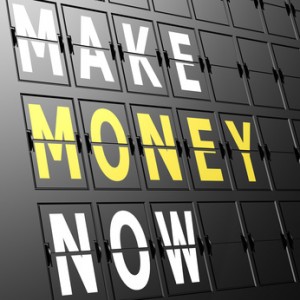 On Thursday Noah put up a brief post on the Market Priesthood. It relates the story of Steven Levitt and Stephen Dubner, of Freakonomics fame, meeting David Cameron, of Coalition Government fame. Levitt and Dubner tried to persuade Cameron that health care was just like any other part of the economy. Cameron was, apparently, not impressed.

Noah riffs off this story:

This is exactly what I call “free market priesthood”. Does Levitt have a model that shows that things like adverse selection, moral hazard, principal-agent problems, etc. are unimportant in health care? Does he have empirical evidence that people behave as rationally when their health and life are on the line as when buying a car? Does he even have evidence that the British health system, specifically, underperforms?

No. He doesn’t. All he has is an instinctive belief in free markets … I don’t think Levitt has a model. What he has is a simple message (“all markets are the same”), and a strong prior belief in that message.

Then yesterday in the Guardian Patrick Butler picks up on the proposals put forward by the Department of Education to local authorities the power to outsource pretty much all of their children’s services apart from adoption. The rationale offered for this deregulation is that:

These changes will broaden the range of approaches available to local authorities as they look to secure the best outcomes for children in their area. They will allow authorities to harness third party expertise, and/or set up more agile delivery structures outside traditional hierarchies. These changes support the DfE’s innovation programme which aims to stimulate new approaches to securing improvements in children’s services. The current position, where innovation of this kind can only take place in the context of failure and as a result of government direction, is illogical and is already causing some local authorities difficulties as they re-think how best to provide services.

So, rather than create more effective mechanisms to allow local authorities to share good practice and innovation more effectively, the preferred solution to securing better outcomes is to introduce “third party expertise”. Not satisfied with the notable success they’ve recently made of delivering a range of other less complex outsourced services, it appears the Government thinks handing something as delicate as child protection social work to the likes of Secro and G4S will represent a step forward.

Of course these third parties don’t really have any expertise in this field at the moment – if they are going to enter the market then they are most likely going to have to poach social workers from existing providers.

The consultation itself is rather thin on detail. In particular it is not at all clear what the contractual basis for outsourcing would be. The only thing that is clear is that even if delivery is contracted out a local authority cannot step away from its statutory responsibilities: responsibility for delivery failure will stay with the local authority. So they’ve have responsibility without control.

Unlike the reform of legal aid or the introduction of the Work Programme, what the Government hasn’t done here – or at least hasn’t done yet – is make proposals for contractual structures or incentive schemes. It may be that they are leaving that to local discretion.

Bu we know from both the legal aid and the WP experience that the incentives embedded in these contracts will profoundly shape performance. And we also know that if you get the incentives wrong then all hell can break loose. The WP offers an instructive example. To be fair to the DWP they have gone out of their way to design a relatively sophisticated payment-by-results structure that tries to neutralise perverse incentives. Yet it appears that the scheme is still subject to ‘creaming’ and ‘parking’ – to the detriment of the service users who have the most complex needs and require the most support.

There is a real danger that introducing for-profit providers into children’s services will replicate this sort of result – with a group of service users who are even more vulnerable.

Many prominent experts in the field of childcare social work are alarmed: it is a profession that should be driven by an ethic of care. Practitioners need to be cost-conscious, of course. That is already the case. But attempting to deal with hugely complex needs and potentially life-threatening situations is not made any easier if you have to do it with more than one eye on the meter.

You don’t get the sense that policymakers have any very clear boundaries regarding what sorts of activities are amenable to marketization or contracting out and in which situations that would be a disaster. Yet, if you are at all familiar with the contractual problems created by service complexity, information asymmetries, lack of measurability/observability, transaction costs, and the like then you’ll almost certainly be of the view that there is a boundary. There are some services that cannot sensibly, safely or efficiently be provided by fragmented systems or in pursuit of profit.

Drawing that conclusion is to recognise the contingencies and complexities of the particular case, rather than to succumb to a bout of virulent socialism.

To adopt any other position is to signal that you’re a member of the free market priesthood.