In a pickle over planning 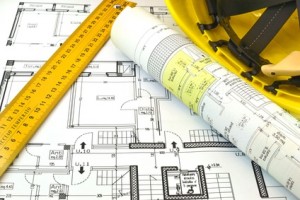 One of the Coalition government’s first acts was to signal the intention to get rid of Regional Spatial Strategies (RSSs). They were seen as the embodiment of Labour’s centralising, top-down approach. In their stead we were to enter a new era of localism. Or, possibly, Localism. Spatial planning would have a much stronger bottom-up component. Local people would have a greater say in shaping the way their area developed, including levels of new housing construction locally. The rhetoric may have been of the removal of the dead hand of the State and of local people warmly embracing housebuilding in their neighbourhood, enticed by financial initiatives such as the New Homes Bonus. The reality was never going to be quite like that. And the claims that power is being localised have become ever harder to sustain. Mr Pickles seems to be placing ever more weight on the role of the Planning Inspectorate in overruling and overriding local plans that he doesn’t consider to be acceptable.

It was pretty obvious to anyone who knew anything about planning that removing the RSSs was going to lead to a reduction in housebuilding targets. Local authorities didn’t like the strategies precisely because they imposed higher housebuilding targets than those preferred locally. So removing the RSSs was going to see targets adjusted downwards in many areas. It seemed equally obvious that the sorts of incentives on offer through the New Homes Bonus or other mechanisms – such as the Community Infrastructure Levy – were not going to be sufficiently powerful to counteract this.

Anecdotally we’ve been hearing that this is precisely what has been happening across the country. Today the Policy Exchange produced a brief note, based on research by Tetlow King, that provides some more systematic evidence. It reports that as at mid-2012 some 57% of responding local authorities had reduced their house building targets. And that since 2010 local authorities in England have reduced the number of new homes they were planning by 272,720.

These numbers need to be seen in context. Even when the RSSs were in operation housebuilding never achieved the levels required to meet housing need. Though targets were set, they weren’t met. But at least we had some indication of the size of the shortfall.

The system at the moment is delivering fewer new homes per annum than almost any peacetime year since the First World War. That represents less than half of what is typically seen as necessary to keep pace with growing housing need.

So if we don’t think top-down strategies are effective, and we don’t think localism in its current form is going to deliver the homes we need, then what do we do?

The note from the Policy Exchange advocates some of what you’d expect it to advocate. For example, it considers that the planning system needs to be more flexible around use classes or brownfield redevelopment, and that there are blockages in the planning system that have distorting effects on the development industry. It also suggests changing the incentives by directing the CIL at people who live near proposed new development rather than to the council more generally. It also suggests that the system needs to become more bottom-up so that neighbourhood plans should overrule local plans.

But the note also identifies some issues that are perhaps a little less obviously from the PX playbook, and are probably more important. It notes that the notion of housing need – the foundation of the whole system – is too nebulous. I’m not sure I agree, but I would certainly agree that it isn’t “objective” in the way that the National Planning Policy Framework assumes it is. The note reasserts that: “Too little weight is given by the planners to design and quality – or often a vision of design and quality is imposed that is even the reverse of what most people want”. This is a vital point that needs to be given much greater prominence. It also suggests: “Further work is needed on how developers’ models operate and areas such as self-build” and argues, more specifically, that: “Work on areas like self-build and changing developer models of land procurement and construction is needed”. This is an important and welcome acknowledgement that we need to look beyond the planning system for the nature of the problems with housing supply. As I have blogged previously, it would be good to also add the operation of the land market into the mix of the discussion.

If we are going to get a grip on this issue we need a much more comprehensive political economy of housing supply.

It is not simply an economic question, or a question of individual incentives. It also has a strong social component.

It is not simply about the bureaucratic impediments created by planning. It is also about market structure.

It is not simply about price. It is also about design and quality.

It is not simply about whether top-down diktat or incentivised bottom-up decisions will deliver more new housing. It is about better understanding why people do not want new homes built locally. And how those views are folded back into the policy process.

After all, in setting lower targets than those central government saw as desirable, local authorities were not overriding the views of local residents so much as reflecting them. Or rather reflecting the views of those local residents who engage with local political processes. And that is overwhelmingly older people and property owners. It has already been suggested that the Government’s Localism agenda has made things worse because it is effectively a charter for “grey power” and NIMBYism.

Resistance to housebuilding is some mix of fear of change in general, fear of impact upon amenity and social environment, fear of impact on house prices, and fear of “the other”. Unknown people – people who we aren’t quite sure are like us – may arrive and disrupt the area. For some it is about protecting what is mine, regardless of the negative consequences that might have for you or anyone else. There is a visceral element to this which financial incentives, unless extraordinarily generous, will struggle to overcome.

Surely it would be cheaper and, in the long run, more effective to seek to foster a greater sense of empathy and identification with those shut out of local housing markets. We would like to overcome resistance to local development. But we would also like local residents to welcome, rather than simply tolerate, development. This requires genuine engagement.