For there are only two ways of doing politics: by following opinion, to get yourself on the populist side of each issue, or by leading opinion, and standing on the future side of each issue. The first brings short-term rewards, of course it does. But the big prizes are for those with the courage and vision to get out in front, set the agenda and point the way. 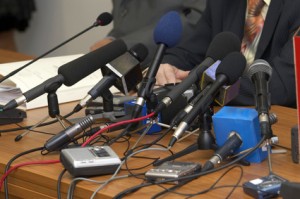 Standing on the future side of the issue? No, me neither. But leaving that to one side the point Clegg is making here is an important one. What stance should politicians take toward public opinion when framing policy? This is an issue of profound significance. But it’s one that is less well explored than it might be.

We live in an era of populist politics because populism is seen as what you have to offer to wins elections. Senior politicians frequently nod to a nobler cause and an aspiration to lead. But that’s what’s expected of someone in their position. Often as not they don’t mean anything by it.

We know that everything they say, or might say, has been focus grouped, opinion polled, and triangulated. It then has all the wholesome fibre removed so that it can be easily digested by the media. Anything else risks being condemned as “wonkish” or unnecessarily intellectual. Perish the thought. It then needs to be packaged to provide pithy soundbites for the news at the top of the hour.

So of course it will be populist. And it will most likely be vapid. And we know that it’ll all sound pretty much the same, regardless of who is saying it.

Hence modern politics becomes a complex and largely pointless quadrille around the mythical centre ground. Doesn’t matter who you vote for the blue Tories/red Tories/yellow Tories always get in.

I was reminded of the issue of populism versus leadership when reading recent comments by Liam Byrne, the Shadow Work and Pensions Secretary, reported in the Guardian. Byrne signalled that Labour was likely to be making further welfare cuts if elected in 2015. Given the fuss being made about the Coalition cuts at the moment you would have thought that admission would be bigger news.

Two further substantive points he made were reported in the article.

First, he reasserted the argument that the Government was wrong to impose a national cap on welfare benefits and it should have gone for regional caps instead. While a regional cap might conceivably be an improvement, he would have been better to argue that most welfare benefits are pegged at or below subsistence levels already and the only thing that varies dramatically across space is the price of housing. As long as the housing market is borked then the primary consequence of the welfare reforms is going to be chaos and misery, whichever fashion of cap is adopted.

Second, and more pertinently for now, he offers some thoughts on public views on welfare:

Pointing to the growing resentment of benefit claimants by some sections of society, the shadow work and pensions secretary said he believed the fact that social security no longer enjoyed “widespread support” was linked to the fact it did not offer the same level of security as it once did.

He said in an era in which “jobs for life” had gone, the system needed to work differently to reflect the fact that different things were needed from social security, with a “much bigger push” to get people back into work, new investment in areas such as childcare, and being “much smarter” about how the system set up to help disabled people worked.

He told the BBC Radio 4 Today programme: “The truth is the world of work has changed very radically since social security was set up back in the 1940s and for many people in work they don’t actually feel they get much out for the pressures they have to contend with in everyday life, so I think that fractures support and I think that’s why we do have to reinvent social security for modern times and the world today.”

I have to confess that I’m not entirely clear what he’s trying to say here. There’s a strong continuation of the sort of workfare thinking that characterises the Coalition agenda, as it did the previous Labour government’s thinking. There is a sense that the world of work has changed and become a more hostile place. That isn’t a hugely contentious statement, although some contest the extent of the change.

But the main point is that because benefit recipients have been stigmatised and demonised for many years, and that process has intensified in recent years, this has undermined support for social security. The second point would seem to be saying that people’s support for out of work benefits has been undermined because they’ve discovered that the safety net is now rather threadbare, following years of assault from politicians.

From this Byrne has concluded that social security has to change. More specifically, it needs to involve spending less money and focus more on more active workfare measures – a much bigger push back into work.

Returning people to work is indisputably a good thing, as long as it is supportive and compassionate. We only have to think of the thousands of sick and disabled people who have died having been declared fit by ATOS over the last year to see how not to do it.

But I suppose I might have expected a progressive politician of the left to argue something rather different alongside this. To make a vigorous case for the value of social protection, especially now. To argue that Labour should be setting a different agenda – to stand on the future side of the issue, if you will – and to challenge the stigmatisation of benefit recipients as feckless scroungers. To acknowledge that a more precarious labour market demands a more comprehensive response from the welfare system. Smarter and more flexible, certainly, but there to catch all those who fall on hard times. And I might expect them to temper their enthusiasm for getting people back in to work with an acknowledgement that there needs to be work for them to get back into, otherwise the risk of punishing the victim is high.

It isn’t clear that Byrne is doing any of these things. But then I’m not entirely sure he’s in the relevant category – that is, a progressive politician of the left – so perhaps it would be unfair of me to expect him to.

What is clear, though, is that he is a populist politician of the highest order. Where the people are perceived to lead, however unenlightened and illiberal, we will follow.

This was captured concisely, if harshly, in a tweet I saw this morning:

Liam Byrne walks into a pub and the barman says “I resent Jews, gypsies and trade unionists” And Liam says “I’ll get to work on a policy”

In the social security debate the balance between populism and leadership is being struck entirely in the wrong place.

Now, in no way do I underestimate the challenge of striking the balance anywhere else, in the face of an unremittingly hostile rightwing press and a volatile international economic environment. But surely that would represent genuine political leadership. Rather than the pusillanimous faux leadership pervasive among today’s cadre of professional politicians.