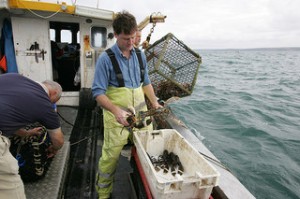 The other night I dreamt that I’d won a competition and the prize was the opportunity to meet Nick Clegg.* Not only that, I wasn’t meeting him simply so he could tell me what he thought about policy and government. It was a proper discussion, which meant I could give him some thoughts on current policy. This was rendered even more surreal by the fact that this conversation took place in the dining room of the house owned by my long-departed grandparents. As I say, it was a dream.

I woke up with a very clear recollection of three policy points I made during the conversation.

Why can’t the Government be more honest and nuanced in its presentation of statistics? It is undermining the credibility of politicians ever further. In his conference speech David Cameron claimed that a million new private sector jobs have been created since the Coalition formed. It is the work of seconds to determine that this includes nearly 200,000 that were reclassified from the public to the private sector and not “created” by the private sector in any real sense. “More than 800,000 private sector jobs created” sounds good, but clearly not as impressive as “a million”. Was the temptation to spin just too difficult to resist?

Similarly, this month’s (un)employment figures were encouraging, but the Government would have been better served by recognising that while full time jobs are disappearing a fair chunk of those being created as mini-jobs, part-time jobs or jobs on zero-hour contracts. And some of the jobs being counted in the figures are likely to have been temporary. To say this would not be to undermine the figures or the positive news, but it would strengthen the impression that the Government has a firm grip on what is happening and a commitment to a grown up conversation about politics.

The way in which the Government has systematically gone about stigmatising those on social security is disgraceful. Its attempts to foster an “us and them” culture of deserving and undeserving, tax payers and benefit scroungers, have been as distasteful as they have been effective. But 2013 could well be the year that this strategy backfires mightily. There are two reasons for thinking this.

The first is the arrival of what has been dubbed by some the Pickles Poll Tax. From next April thousands of the poorest households who had previously been outside the council tax system are going to have to start contributing. For some this will be layered on top of the removal of housing benefit via the bedroom tax. As with Mrs T’s poll tax, this may well be an injustice too far.

The second, potentially more important, reason is the arrival of in-work welfare conditionality in the Autumn of 2013. The Government has fostered an “us and them” culture, the hard working families and the feckless. Many of the people who think of themselves as “us” – as among the hardworking families trying to do the right thing – currently find themselves in part-time or lower wage jobs simply because the labour market is so weak. However, when Universal Credit arrives they fall within the ambit of the system. The Government expects them to be exerting themselves to find work that pays the equivalent of a 35 hour week at minimum wage. If they don’t then sanctions could follow. At a stroke these households – who no doubt currently see themselves as among the strivers – will become “them”. They’re now marked out as potentially problematic skivers who are not coming up to the Government’s expectations for concerted effort in job search – welfare-dependent scroungers.

While no one yet knows quite how this regime will work or how many people it will apply to, the Resolution Foundation has estimated that as many as 1.2 million households in work could be affected. If the Government plays this heavy-handedly then it has the potential to explode in their faces. The politics of it could get very nasty.

It is typically stated that Liberal Democrats are neutral as to how public services are provided. Yet, it is clear that the Government’s agenda, and the dominant response to austerity, is to push more services into the private sector. That is, it is anything but neutral. But has the Government recognised that thinking on and experience of service provision has moved on?

The debacle over the West Coast Mainline franchise ought to cause the Government to pause and reflect over whether privatised rail is the best way forward. Several franchises come up for renewal in the next year. The Government has an opportunity to costlessly renationalise much of the system that will not repeat itself for 15 years. The East Coast franchise is being run directly after the repeated failure of the private sector and is doing reasonably well. How do the publicly run railways in other industrialised countries compare? An honest answer to that is, we already know, that they tend to be cheaper and more efficient. We’re putting four times as much subsidy into our rail system as we did under British Rail. Are we getting value for money? Unless the Government is utterly blinded by ideology, it should seriously be considering accepting the obvious conclusion.

There are several other areas in which the enthusiasm for the private solution is waning. Has the Government realised? Social liberals everywhere prioritize localism and political accountability over marketization for its own sake so I would assume that Mr Clegg would welcome the ousting of the Conservative leader of Cornwall Council in a row over privatisation. The leader was intent on pressing ahead with outsourcing many of the council’s services, in the face of unified opposition from elected members because this strategy was seen as posing an unacceptable risk and threat to democratic accountability. There is clear recognition that contracts are a much less sophisticated and flexible mechanism for ensuring services meet local needs than true democratic accountability. The council now has to seek ways of coping with major budget cuts through service innovations while keeping the services under local democratic control. Of course, Cornwall is only the latest in a string of councils to face this sort of local opposition to service privatisation. Beyond the professional politicians of central government enthusiasm for crude outsourcing strategies is waning in the face of the growing appreciation of the difficulties and the limitations.

Making sense of it

Of course, on reflection I realised these are all issues I had been thinking about over the previous day or so. It seems to me they are all policy issues that, while floating around in current debates, are issues that are under-explored. In particular, they are issues upon which the Liberal Democrat position is either not as clear as it might be or perhaps needs further debate.

I’m not looking for a more general interpretation of this dream. Thanks all the same. And, yes, I can already sense that you’re extraordinarily jealous you don’t get to enjoy such seriously gripping policy nerd dreams, rather than anything more exotic. 😉

* This dream happened. It was even weirder that I remembered it, because I rarely remember dreams. It may be something to do with the heavy duty cough mixture I’m taking just before going to bed.

Image: Nick Clegg helps aboard a fishing boat off the Cornish Coast by Liberal Democrats via flickr under Creative Commons.