On the impact of economic ideas 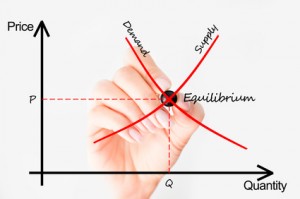 Yesterday Noah Smith discussed whether economists’ ideas and arguments have much of an influence on policy and practice. He used an edited version of a famous quote from Keynes as his jumping off point. He then considered whether we can credibly claim that any living economist has significant influence over the path of public affairs. He mentions Paul Krugman, Robert Barro, Martin Feldstein and Greg Mankiw. These are high profile economists who are leading candidates for influence. If they aren’t influential then perhaps no economist is.

Smith differentiates influence on public opinion from influence on elites. He notes that the general public is quite frequently strongly opposed to ideas that have a strong hold within the economics community – such as free trade being a good idea or rent control being a bad idea.

Smith concludes that while there might be some dead economists whose ideas still hold sway – Friedman’s libertarianism being the prime example – whichever way you slice it living economists aren’t demonstrably influential. They are not, in Smith’s assessment, anywhere near as influential as “writers”.

I’m not entirely clear whether that is intended to imply that economists are, by definition, not writers. I’d imagine Deirdre McCloskey would probably give voice to a loud Amen if that were the case. Economists long ago sacrificed style to a particular version of substance. But that is largely beside the point.

Expecting a clear and direct causal link between the pronouncements of an individual economist and policy change is setting the bar rather high. It is an unrealistic expectation, as any student of the policy process would probably tell you.

There is much to be said for thinking about the influence of research or evidence in “enlightenment” rather than “engineering” terms. That is, research and evidence rarely feeds directly into policy in a way that is aimed at solving a particular problem or answering a particularly pressing question (the engineering model). Ideas more gradually filter through into practice as they get incorporated into the curriculum and therefore frame the education of subsequent generations, who go on to become decision makers (the enlightenment model).

This is more what Keynes had in mind when he drew his General Theory to a close with speculation about whether his ideas would have an impact. The full quote is:

… the ideas of economists and political philosophers, both when they are right and when they are wrong, are more powerful than is commonly understood. Indeed the world is ruled by little else. Practical men, who believe themselves to be quite exempt from any intellectual influences, are usually the slaves of some defunct economist. Madmen in authority, who hear voices in the air, are distilling their frenzy from some academic scribbler of a few years back. I am sure that the power of vested interests is vastly exaggerated compared with the gradual encroachment of ideas. Not, indeed, immediately, but after a certain interval; for in the field of economic and political philosophy there are not many who are influenced by new theories after they are twenty-five or thirty years of age, so that the ideas which civil servants and politicians and even agitators apply to current events are not likely to be the newest. But, soon or late, it is ideas, not vested interests, which are dangerous for good or evil.

There are a number of ways to read this. One is as part of a debate between materialism and idealism. Another is to focus on the word “defunct”. Those who find themselves in positions of authority – “practical men” – are still operating with the conceptual frameworks that they encountered during their formal education.  They have paid little attention to the way in which a particular academic field has moved on in the meantime. That isn’t necessarily a criticism – most likely they’ve had plenty else to worry about. But it can have unfortunate consequences. When they get to the point of having influence they may well continue to act upon ideas that have already been heavily qualified or discredited.

It is helpful here, I think, to move away from a focus on individual authors and towards thinking about bodies of knowledge.

Take the area of environmental policy. You could argue that “economics” has been hugely influential in changing the way in which policymakers think about how to deal with environmental problems.

You can perhaps point to individual economists – such as Nicholas Stern – who have been able to get close to the policy process and influence the debate. But more important is the way in which the intellectual landscape as a whole has changed. For example, a sustained critique of conventional command-and-control regulation has led to a preference in policy circles for the use fiscal incentives. Straight out of the economist’s playbook. Whether the practicalities of politics allow that preference to be realised is, of course, a different question.

Even more striking is the way in which policymakers have embraced economists’ arguments about the benefits of artificial markets. Initially, the idea of emissions trading for sulphur dioxide was explored in the US during the 1990s. We are now in phase three of the hugely ambitious EU Emissions Trading System covering energy generation, heavy industry, aviation, and much more.  The idea of eventually bringing into being a global scheme for trading pollution permits is not entirely off the agenda.

I’m not saying that a preference for market-based policy for dealing with pollution is, by definition, a good thing. There are plenty of problems with these sorts of approaches in practice. I’m simply saying that this is a policy area in which economic thinking is prominent. Indeed, you could credibly argue that conventional microeconomics provides most of the conceptual framework within which the policy debate is conducted.

That needn’t be the case. And some within the environmental movement would no doubt wish it wasn’t. But it shows just how far economics can, and has, infused the policymakers’ world.