Looking to the past on expectations of the future 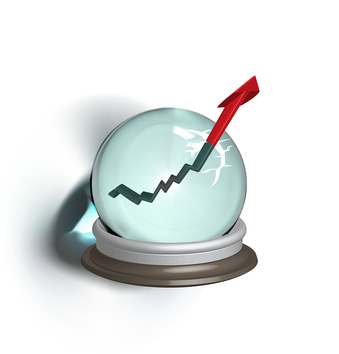 The way in which economic agents form expectations about the future is one of the most important issues in economics. All economic theory has to take a position on the matter, whether it is discussed explicitly or the treatment is left implicit.

For three decades now the rational expectations hypothesis has dominated, despite a persistent strand of criticism. The more tenacious and optimistic advocates of the REH might take the view that it has something meaningful to say about how people actually make decisions. A more common position is to adopt an instrumentalist as if position. The latter approach is more credible, though nonetheless still problematic.

In a post yesterday at Noahpinion Noah Smith reviews developments in the theorisation of expectations. The stranglehold of the REH is undoubtedly weakening. A range of alternative approaches are now available and being actively explored. Much of this new thinking is inspired by the concern for decision-making biases and heuristics that characterises behavioural economics. Concepts such as recency bias or information cascades are invoked.

These ideas may well bring us closer to an understanding of how expectations are formed in the real world. But they open up the prospect of irrational market movements that is nothing short of alarming for those committed to a vision of markets as a process of orderly and predictable adjustment.

Smith notes that in looking for alternatives to REH not only can we draw on new theoretical resources but we can also look back to earlier approaches. Here Friedman’s approach based upon adaptive expectations is identified as relevant.

I would advocate stepping back even further.

When thinking about expectations I always start from Keynes’ famous 1937 paper in the Quarterly Journal of Economics. This is a paper which some claim distils the essence of Keynes’ General Theory. It focuses on uncertainty and its implications. The key passage is:

By “uncertain” knowledge, let me explain, I do not mean merely to distinguish what is known for certain from what is only probable. The game of roulette is not subject, in this sense, to uncertainty … Or, again, the expectation of life is only slightly uncertain. Even the weather is only moderately uncertain. The sense in which I am using the term is that in which the prospect of a European war is uncertain, or the price of copper and the rate of interest twenty years hence, or the obsolescence of a new invention, or the position of private wealthowners in the social system in 1970. About these matters there is no scientific basis on which to form any calculable probability whatever. We simply do not know.

Yet, we nonetheless have to act. So what should we do? Keynes continues:

How do we manage in such circumstances to behave in a manner which saves our faces as rational, economic men? We have devised for the purpose a variety of techniques, of which much the most important are the three following:

(1) We assume that the present is a much more serviceable guide to the future than a candid examination of past experience would show it to have been hitherto. In other words we largely ignore the prospect of future changes about the actual character of which we know nothing.

(2) We assume that the existing state of opinion as expressed in prices and the character of existing output is based on a correct summing up of future prospects, so that we can accept it as such unless and until something new and relevant comes into the picture.

(3) Knowing that our own individual judgment is worthless we endeavor to fall back on the judgment of the rest of the world which is perhaps better informed. That is, we endeavor to conform with the behavior of the majority or the average. The psychology of a society of individuals each of whom is endeavoring to copy the others leads to what we may strictly term a conventional judgment.

This notion of conventional judgment is crucial. It prefigures much of the recent discussion of herding and the like.

The point, for Keynes, of highlighting these characteristics of uncertainty and expectations is that they lead to a theory of market behaviour which has a very different flavour:

Now a practical theory of the future based on these three principles has certain marked characteristics. In particular, being based on so flimsy a foundation, it is subject to sudden and violent changes. The practice of calmness and immobility, of certainty and security, suddenly breaks down. New fears and hopes will, without warning, take charge of human conduct. The forces of disillusion may suddenly impose a new conventional basis of valuation. All these pretty, polite techniques, made for a well-panelled Board Room and a nicely regulated market, are liable to collapse. At all times the vague panic fears and equally vague and unreasoned hopes are not really lulled, and lie but a little way below the surface.

It strikes me that the post-REH literature is working its way back around to the position that Keynes had reached three quarters of a century ago.

The point for Keynes was that these characteristics of markets under uncertainty made the pursuit of highly formal theory a questionable enterprise. Economics was far better characterised as the art of reading the economy and the application of judgement than it was as a branch of (applied) mathematics.

In many ways that was the rock upon which the good ship Keynes foundered, as formalism became the virtue privileged above all others among economists. But that’s another story.

The key message I take from Keynes is that economics may have to rethink some pretty foundational issues and rediscover some of the wisdom of a previous era before it can get back on track.