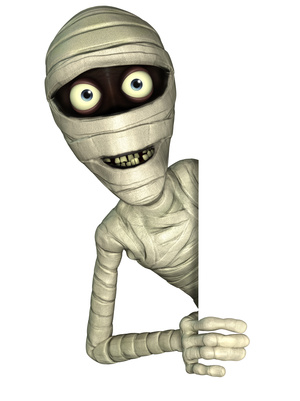 What is going to happen next? This week’s vote to postpone changes to the boundaries of electoral constituencies was the first time the Liberal Democrats have voted en masse against the Conservatives. We may well argue that this vote was justified in political terms once it became clear the Conservatives were going to torpedo Lords reform. But what will be its consequences for the remainder of this Parliament?

Can the parties put this issue behind them and continue to work together in areas of agreement or, at least, tolerated difference? That would be the mature approach.

Or has this episode drained the life out of the coalition? Are we going to experience an unedifying cycle of tit-for-tat moves as one coalition party seeks to undermine proposals and projects valued by the other? Will the Government now be able to do little more than stagger and stumble towards election day with no clarity of purpose or capacity for rational thought?

Those hoping that we still have a functioning coalition will not take much comfort from the observations emerging from the commentariat. Media reports of current sentiment among Conservatives suggest that they are not in the mood to forgive and forget. That message is coming from commentators on both the left and the right. Whether or not Conservative indignation is seen as justified depends, of course, on where you stand. The Right rail against the perfidy of the Liberal Democrats. More neutral observers take the line that the Conservatives have only themselves to blame; the Liberal Democrats had to do something to assert themselves. The view among Liberal Democrats might be summarised as “well you started it”.

It is unfortunate that it is the boundary review that has brought us to this point.

The politics of the situation are understandable. I find it hard to think that the Liberal Democrats could sensibly have done anything else unless they wanted to rebrand themselves as the Liberal Doormat Party. But explaining to the electorate why this was the issue about which the parties fell out is a challenge. Why not fall out over something that the electorate actually care about – unemployment, welfare reform or NHS “privatization”? Even an argument over whether Osbo’s banking reforms go far enough (they don’t) would at least resonate with voters.

That isn’t to say that voting reform isn’t important – it most certainly is. It’s just that it is a technical issue that passes most people by.

Also, while the politics of the vote are explicable, voting down boundary reform is hard to justify. For sure the changes should be part of a package of constitutional reform and moving forward with boundary reform alone, particularly without guaranteeing reductions in the payroll vote, would not have been wise or good for democracy. But, in the abstract, boundary reform is desirable. The Liberal Democrats have previously endorsed the change publicly. It is very easy therefore for critics to construct the party’s position as inconsistent, anti-democratic and geared towards self-preservation. Quentin Letts’ column in the Daily Mail today puts forward just such a sulphurous argument.

If I were the Liberal Democrat leadership I might consider trying to spell out pretty sharpish that, regardless of how it might appear, I am not against equalising the size of constituencies or substantially reducing the number of MPs but that it can only sensibly proceed if it is accompanied by appropriate checks and balances. Only once those are on offer will the change result in an improvement in democratic practice, rather than an increasingly unaccountable Executive.

But that is a debate that we may not return to for a long while.

It would appear, with announcements on the EU or defence spending, that David Cameron is increasingly turning his attention to sating his right wing backbenchers with promises of what will happens after 2015, should the Conservatives win the chance to govern alone.

Yet, more important is what is going to happen next. The arrival of a triple dip recession, the current deterioration of Britain’s position in the bond markets, and the likely loss of the AAA rating are all going to worsen the context in which the Government operates. Unless George Osborne is replaced as Chancellor, divergence of opinion between the coalition parties over the need to change economic course will increase. As the huge social costs of the current approach become more starkly evident divergence of opinion between the coalition parties will increase.

Are we going to experience two years characterised largely by paralysis and inertia brought about by coalition parties simply failing to see eye to eye, just when clarity of thought and unity of purpose are more important than ever? Or is the Coalition going to be able to get its act together again?