Dr Smith and the “neoclassicals” 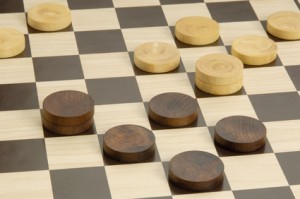 Debates over the demarcation of different schools of economic thought are by no means new. Taxonomic disputes break out sporadically. Whether “mainstream”, “orthodox” and “neoclassical” economics ever have been, are, or could be synonymous is a question that has exercised several authors of a philosophical turn of mind. Lately the econ blogosphere has turned to the issue, with the focus on the identity and identification of neoclassical economics. Noah Smith made an intervention on the issue a couple of days ago.

Smith notes that the characteristics commonly associated with neoclassical economics, as defined by Wikipedia, look like this:

Neoclassical economics is a term variously used for approaches to economics focusing on the determination of prices, outputs, and income distributions in markets through supply and demand, often mediated through a hypothesized maximization of utility by income-constrained individuals and of profits by cost-constrained firms employing available information and factors of production, in accordance with rational choice theory.

But, Smith argues, there are plenty of papers appearing in prestigious economics journals that don’t have all – or, in some cases, any – of these characteristics. There are authors who have written papers clearly in the spirit of neoclassical micro, but have also written papers without such characteristics. Is it sensible for such authors, having sinned once, to be forever labelled “neoclassical” by their critics?

Smith goes on to argue that this incautious application of the label “neoclassical” is problematic for innovation in economic thought. To get to this conclusion it is necessary to take a view on the nature of non-neoclassical economics:

“neoclassical” seems often to be used to describe anything that does not fall within a small well-known set of “heterodox” paradigms. I think that is wrong. The net effect of that type of thinking will be to block people from thinking of new ideas, because it defines any really new approach as “neoclassical”. So people who want to subvert or replace econ’s dominant paradigm will be shepherded toward old alternatives such as Austrianism, Post-Keynesianism, etc.

This is an interesting way of framing the issue. It tends to suggest that it is the heterodox economists that exercise the power of classification. Which is a rather different reading of the situation to the more convention one: heterodoxy is banished to the margins by powerful actors in control of the mainstream of economics.

Nonetheless, there is something to this suggestion. If a new idea is going to gain any traction then it most likely has to be located in relation to some existing body of thought. And if it does not align well to existing heterodoxies – many of which are in themselves rather diverse bodies of thought – then the idea may well have to make its way as part of the mainstream.

Here I think that Smith elides the distinction between “neoclassical” and “mainstream”. Mainstream economics is, to my mind, a largely sociological construct. It is the type of economics that dominates the field at a particular point in time, attracts research effort at leading institutions, and attracts plaudits from senior members of the economics community. Much of it is embodied in the textbooks that introduce students to the subject and induct them into the academic community.

The other intriguing issue here is that the features highlighted by Smith as characteristic of “neoclassical” economics are not necessarily those taken by heterodox economists as the most distinctive or problematic features of “mainstream”, including neoclassical, economics.

It is just as likely that heterodox economists would see problems with the privileging of (excessive) mathematical formalism, such that knowledge (whether theoretical or empirical) that is not expressed in mathematical form is not considered “economic” knowledge at all. Or the disagreement would be at the more profound ontological level: the failure to take fundamental uncertainty seriously or the treatment of the social world as a closed and static system for modelling purposes. That leads to an objection to the pursuit of covering laws for the economy – that is, the whole nature of the mainstream economic enterprise is profoundly misconceived. Or critics might focus their concerns on the bedrock of explanation such as methodological individualism or fixed preferences: no credible explanation of economic behaviour can omit the constitutive role of institutions.

Of course, these concerns may immediately give rise to challenge. It will no doubt lead to the counter-objection that some “neoclassical” economists have recognised that social institutions cannot be derived purely from the aggregation of individual decisions. Or that not only might preferences be endogenous, but that making preferences endogenous puts an entirely new complexion on the analysis. Similarly, it could be argued that there are economists of great eminence who are undoubtedly mainstream, if not avowedly neoclassical, who don’t have much truck with formalism. Someone such as Ronald Coase. And how would one describe Thomas Schelling? Mainstream? Certainly. Formal? A little. Perhaps we need a new category – “unorthodox”.

In commenting on the absence of neoclassical characteristics from key papers, Smith notes:

These are mainstream papers, published in the most mainstream of econ journals. And there are many others like them. Does their very mainstream-ness automatically make them “neoclassical”, even though they have zero of the elements that are commonly held to define neoclassical economics? If so, then I contend that the word “neoclassical” has lost all useful meaning.

Given my comments above, you will no doubt anticipate that I will say that it depends on what you identify as the key elements of neoclassical economics. A different definition of key characteristics and these papers are back in contention.

But the other point I would make is that this isn’t an area in which the pursuit of hard and fast demarcation rules or definitive lists of characteristics is necessarily likely to yield a huge amount of insight.

It would be more productive to think of the issue in terms of Wittgenstein’s notion of family resemblance. He famously used the example of the notion of the “game”. There is no easy way to specify exactly what the characteristics of games – board games, team games, war games, non-competitive games, etc – are in general, but we recognise a game when we see one. This is mainly as a result of having seen many games and seen many non-games. When we talk of family resemblance we do not expect to see all characteristics present – he’s got his mother’s eyes and his grandfather’s smile, thank goodness he hasn’t inherited his father’s flat feet. The same sort of, often subconscious, process arguably applies to the recognition of “neoclassical” economic explanations.

It is worth reflecting on what purpose is served by patrolling the boundaries between schools of economic thought. Smith suggests it creates barriers to innovation. That doesn’t seem an unreasonable claim. Border patrols certainly mean economics is a field of largely independent and parallel conversations, as Arjo Klamer has argued. And those on both sides of the border have contributed to this state of affairs.

The question is whether it is possible to move beyond this situation. There has been quite a lot written recently about economic pluralism. Almost all of it is written outside the “mainstream”. The literature includes the argument that not only do we need to move beyond thinking of economics in terms of incommensurable Kuhnian paradigms but that this is entirely possible.

Accepting that this is possible, the question then becomes do we want to? Whose interest would it serve? And whose interests might it serve to keep the border guards in place?

It is not possible to go far in this sort of discussion without arriving at the need for some rather more sociological reflection.

And if one thing’s for sure, that’s definitely not the sort of thing mainstream economists get up to.