Help to Buy and the death of Keynesianism 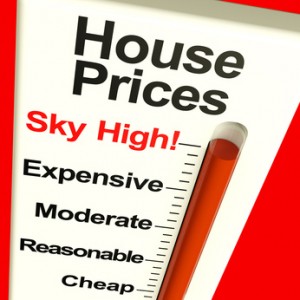 When I first studied macroeconomics the Stagflation era of the 1970s and the death of Keynesianism were still being quite hotly debated. They were still contemporary events. Well, they were contemporary events in the way that the election of Tony Blair is a contemporary event for us today – it seems like just yesterday for the lecturers but has almost no significance for the students because they were far too young at the time.

But the death of Keynesian was also tied up with the argument that the nature of the macroeconomy is such that government attempts to fine-tune demand were inevitably doomed. Active policy has its effects only with a significant lag – 12 or 18 months. Governments were succumbing to the temptation to ‘fine-tune’ before they’d let previous changes work their way through the system. As a consequence the economy was forever under- or overshooting. Volatility was greater than it would have been if governments had resisted fiddling around. This is a practical argument, but it is also an ontological argument. It is about the very nature of the economy.

This old argument came to mind when we saw yesterday that asking prices for housing in London had increased by 10% over the last month, according to Rightmove. That follows a sharp upturn in prices in the previous month. The London average now stands at a truly eye-watering £544,232.

Prices in some, but not all, of the other regions of England are beginning to turn upwards. And we know that activity levels in the construction industry are increasing fast, even if from a low base. There are already concerns about hitting capacity constraints, one consequence of the destruction of industrial capacity over the prolonged slump.

So, on any sensible reading, it would appear there is momentum building behind a housing market recovery. And it is unlikely that the factors driving demand have yet fully worked themselves out.

And these worrying signs that a boom is developing, at least in the South East, are evident even before we take account of the fact that we are only a couple of weeks in to the Help to Buy 2 regime.

One of the puzzles about the way Coalition politicians have discussed the housing market is their almost exclusive focus on current indicators. This has allowed them, up until now at least, to say that there is no suggestion the market is booming. That, of course, is the wrong way to look at the issue. A better perspective would be to consider the market longitudinally and ask whether it looks like economic drivers are already working to deliver a market recovery, without the need for further stimulus.

This narrow perspective allows the Coalition to press on with Help to Buy 2, even when we are seeing parts of the market clearly overheating.

It already seems likely that Help to Buy 2 will prove to be a profound policy error. It’s shaping up to be a future case study for the textbooks.

That, of course, assumes that Coalition politicians are honestly and honourably concerned for what is best for the economy, rather than cynically manipulating the market for short term political gain. I appreciate that that is a significant – and possibly implausible – assumption.

The Government may simply be reckless, rather than mistaken.

The honourable exception is Vince Cable, who has regularly expressed concerns about the way the market is developing. It is no doubt no coincidence that he is an economist by training. And it is unfortunate that his more cautious perspective has not prevailed.

Many commentators have argued that the London housing market is peculiar because of the substantial inflows of investment from international plutocrats looking for a safe haven for their money. While that is no doubt an important part of the picture, you can’t view segments of the market as entirely uncoupled. If stratospherically rich overseas investors hoover up all the most expensive properties in central London then it leaves the merely superrich domestic homebuyers fighting it out for properties in slightly less exclusive neighbourhoods, and so on down the chain. The consequences ripple out to affect everyone.

Martin Taylor, an external member of the Bank of England’s Financial Policy Committee, was reported in yesterday’s FT as noting that with Help to Buy 2 being layered on top of very low interest rates “you certainly have some vigorous facilitation of demand”. That seems rather an understatement.

It has been reported that George Osborne is trying to engineer a housing boom in order to generate a feel-good factor among those more likely to vote, and vote Conservative, in 2015. Given the pressure already building in the system I am beginning to wonder whether even this strategy may backfire. We have 18 months before the election – long enough for the effects of current policy to work themselves through the system. Indeed, it is possible that the market is already being driven sufficiently hard that the addition of HtB2 may precipitate another house price crash before we get to polling day. That might particularly be the case if the BoE feels an exception to its forward guidance commitments has been triggered and it raises interest rates. That would bring misery to many whose household finances are already precariously balanced.

Because in all of this we have to keep in mind the sort of magnitudes we are talking about. And the negative consequences our sick housing market has for the quality of life of millions of households. I was very struck by a tweet from Jules Birch yesterday. It just illustrates the absurdity of the situation we have reached:

We are in an unacceptable and unsustainable situation. But I’m yet to be convinced that a solution is being quite as “vigorously facilitated” as it needs to be.