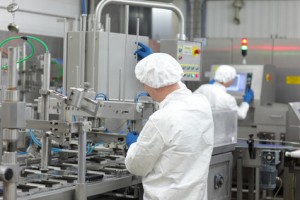 Much of the media reporting of today’s IPPR briefing note on the economic recovery focused on the alarm it sounds about the rapid increase in household debt – in particular the risk that Help to Buy II will further increase house prices. The economy may give the appearance of rapid recovery, but it is not occurring on a basis that is sustainable for any economy, and particularly not for one in which households are already heavily indebted.

But to focus upon the issue of debt is to rather miss the bigger point the report is trying to make. The point is that when judged against the objectives the Chancellor set for himself back in 2011 he has fallen a long way short. The talk back then was of a ‘march of the makers’ – a renaissance of British manufacturing and exports – and a rebalancing of the economy away from its reliance on financial services and house price inflation.

What we have seen subsequently, despite initiatives such as the Funding for Lending Scheme, is poor public and private investment performance and an expansion in exports that has just about balanced off the increase in imports. And we’ve seen the Chancellor switch strategy to create a short-term debt-fuelled consumer boom. This is precisely the situation we faced going into the Global Financial Crisis of 2007-8.

Except this time the Government has chosen this road in the full knowledge that it has few supporters and many critics – the Help to Buy initiative, in particular, has few friends beyond the Quad at the heart of Government.

But the IPPR goes beyond pointing out that George Osborne hasn’t delivered on his stated objectives. It does so by placing these criticisms in the context of the longer-term performance of the UK economy.

A sympathetic critic might argue that George Osborne’s 2011 pronouncements were naïve rather than disingenuous. The current account problems facing the UK and the lack of broad-based global competitiveness in the UK manufacturing sector are problems of long standing. Their causes are complex. It has been argued that they have roots stretching back a century and more. And overlaid upon those deep roots is the short-term orientation to profitability created by the financialisation of the economy since the late 1980s. This has just compounded the problem.

There was no chance that Osborne was going to turn the ship around in a year or two. Or a single Parliamentary term. It will take a generation or more of consistent policy effort.

If you were optimistic you might think his pronouncements circa 2011 indicated a welcome shift in thinking to the longer term. The Government’s laudable attempt to create more apprenticeships could be seen in the same light, as could its attempt (so far) to protect spending on science and technology education and research from the full impact of austerity.

Of course, set against that has to be a complete failure of vision. There has been a failure to use record low interest rates to borrow to invest in much needed infrastructure upgrading. The failure to do much to address the incentives to short-termism within the financial system is a missed opportunity that will return to haunt us. The more general failure to think holistically and to offer an intelligent reading of the intimate inter-relationship between public and private in a successful economy is perhaps unsurprising, but nonetheless costly for UK plc. These characteristics of the Government’s economic approach point more clearly to a failure of long-term thinking.

In some ways it is unfortunate that today’s report originates from IPPR. Not because that means it should be dismissed. But the IPPR is, entirely appropriately, always reported as the ‘left-of-centre think tank’. And this opens up the possibility that it can be dismissed as partisan. Which is precisely what some Conservatives and rightward-inclined Libdems have been doing today.

That is unfortunate because much of what the IPPR report says is not controversial when looked at objectively. The Government is making much of the recovery, while apparently being less curious about its sustainably. Electoral calculation looms large; careful stewardship of the British economy perhaps less so.

On the other hand, the IPPR report concludes with the following call to arms:

… the 35-year experiment with free-market capitalism, which began in the late 1970s, has failed. The result has been increased instability, higher structural unemployment and increased inequalities that are undermining the stability society. The coalition government is wrong to be content with an economic system that has provided a favourable outcome only for a small elite, and wrong to be trying to compensate for its flaws by backing another house price bubble. Instead, it is time for the UK to adopt a new economic model: one that will deliver better lives for the vast majority of the population, not one that favours an elite few.

This may or may not be the case. I would have considerable sympathy with a robust argument along the lines that our economy would be more efficient and equitable if we addresses some of the dysfunctional elements of our current economic model. But this report doesn’t really offer such an argument. Certainly the conclusion doesn’t follow directly from the discussion that precedes it. It would need a much longer and more closely-argued document to make an evidence-based case for this position.

In my opinion this overtly ‘leftist’, broadbrush conclusion rather undoes the good work that precedes it. It gives those who don’t want to give serious consideration to the critique offered by the report the excuse to ignore it.

And that would be deeply unfortunate for us all.