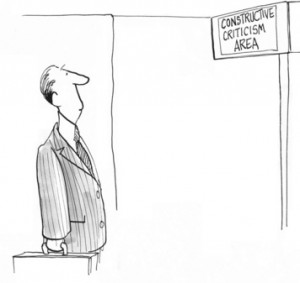 A couple of weeks ago Chris Auld’s blog carried a post entitled 18 signs you’re reading bad criticism of economics. Auld is seeking to help the reader differentiate bad criticism from ‘solid’ criticism. The post generated plenty of debate below the line and was retweeted into my timeline several times.

Auld dismissed bad criticism as crankery, which is a label that mainstream economists have a tendency to apply rather indiscriminately to perspectives that differ too much from their own. One person’s crankery is another person’s foundational critique. But if proponent and critic operate from profoundly different social ontologies then most likely all that will result is mutual incomprehension. That doesn’t necessarily make criticism from a non-mainstream economic perspective wrong. Except from the perspective of the mainstream economist, of course.

I won’t run through Auld’s points in detail, but I wanted touch on all of them.

I’ll start by observing that Auld uses the term ‘economists’ as many critics do – in a rather undifferentiated manner. He is therefore right that critics who claim that ‘economists’ claim that people are always rational (Sign 8) are engaging in bad criticism. Not all economists claim this to be the case. Which isn’t the same as saying no economist does.

Auld identifies several jargon terms that bad critics misconstrue: not only ‘rational’ (Sign 12) but also ‘efficiency’ (Sign 13) and ‘externality’ (Sign 14). It would be fair to say that it isn’t unknown for economists to fail to keep the informational and allocative definitions of efficiency clearly separate. However, whether criticism is invalidated by terminological inexactitude rather depends on how badly wrong you are in the use of the term and what, precisely, the criticism is.

Some of Auld’s signs of bad criticism are empirical. He is surely right that if a critic were to claim that economics is not empirical that would be bad criticism (Sign 10). But there is surely some good criticism in asking precisely what sort of empirical endeavour economics might be and what it has or can achieve. He sees the claim that the financial crisis has disproved mainstream economics (Sign 9) as bad criticism. But it strikes me this is rather more debatable. Of course it depends on how broadly one wants to define ‘mainstream’, but I think that credible criticism is possible on issues like the empirical performance of the efficient markets hypothesis or the empirical adequacy – or even relevance – of DSGE models. That some of the most high profile proponents of this type of mainstream macro have declared it to have emerged from the crisis unscathed does not ipso facto demonstrate that it is fit for purpose.

Auld considers criticism that treats all of economics as if it were battles between schools of macroeconomics (Sign 11) to be bad criticism. That is an interesting point, because it depends on what is intended. On the one hand, it is clearly true because such criticism leaves out all of microeconomics and much else besides. On the other, the criticism that much of the debate between “schools” of macroeconomics is about the implications of rather modest variations in detailed assumptions might constitute rather good criticism. Those with radically different views of how the macroeconomy operates aren’t even invited to join in the party.

We know that mainstream economics is generally intolerant of heterodox approaches. So it is perhaps not a great surprise that Auld sees any criticism of economics that cites Debunking Economics as crankery (Sign 18). Whether you agree with Steve Keen or not, he has asked some important ontological and epistemological questions of dominant approaches to economic analysis. That the mainstream economics community has dismissed him rather than engaged with his arguments – which in many ways simply echo the more pluralist debates within the economics community that existed prior to the 1980s – reflects rather worse on the economics community than it does on him.

The claim that all economists care about is money (Sign 15) and that economists ignore the environment (Sign 16) are common complaints, and they are not unrelated. Stated in these bald terms then they clearly are bad criticism. Again, however, they can be reframed into slightly softer terms – for example, that converting everything into the common metric of money both requires unacceptable compromises and loses something important in translation – and they could then constitute perfectly respectable criticism.

Auld highlights the indiscriminate use of the term ‘neoclassical’ (Sign 3) and the reference to “the” neoclassical model of Walras (Sign 4) as problematic. I would agree that it certainly could be problematic. However, the term ‘Walrasian’ is often used by critics in a rather allusive way to signal the prioritising of mathematical elegance over real world relevance – even if the mythical auctioneer is not explicitly invoked. Does that make it bad criticism? Quite possibly, but it depends what the point is.

The last few signs of bad criticism Auld identifies operate in a rather different register and get us into rather deeper water.

Treating macroeconomic forecasting as the major goal of economic analysis (Sign 1) is clearly wrong, if only because much economic analysis has nothing to do with the macroeconomy let alone forecasting. We might all agree that forecasting is not a major goal of respectable economic analysis. We might also agree that anything close to a point estimate of a future economic magnitude is almost certainly wrong. The best you might aspire to is qualitative predictions about the broad range of values within which an outcome might fall. But we can’t deny that there is quite lot of forecasting going on. Or that most of it is wrong. Clearly, this point might be a reference to all the criticism after 2008 that economists singularly failed to see the crash coming. But I’m not sure that was a failure of forecasting so much as a rather more fundamental analytical failure.

Auld identifies a bunch of bad criticisms that move us into more sociological territory. He cautions against criticism that frames the issue in terms of politics and claims that economists are market fundamentalists (Sign 2). Criticisms that refer to “corporate masters” or imply economists are shills for the wealthy or corporations (Sign 7) and any criticism that uses the term “neoliberal” (Sign 6) are considered bad criticism.

There is plenty going on in these statements and I’m not going to unpack it all here. The first point is usually addressed by reference to the profile of academic economists’ own political beliefs, which, at least in the US, tend to be less right wing than non-economists would imagine. But we then have to explore which “economists” we are talking about. In particular, we might inquire into the political profile of the economists who have genuine leverage over policy. We might ask what sort of economic analysis spews from the think tank industry telling simple stories about the market and marketization are the solution to most policy woes. When critics look at the effects of economics on the world that is more likely what they are thinking about. Similarly, claims that all economists are shills for corporate interests are clearly false. But the claim that some high profile economists are compromised by conflicts of interest, which in any other walk of life would be seen as deeply problematic, can hardly be disputed.

As for neoliberalism, it is often used as a general pejorative applied to those whose policy proposals one happens to disagree with. That is bad criticism. But we cannot conclude from this that neoliberalism is not a phenomenon of considerable contemporary significance. And while I don’t think “economics” as a body of thought can meaningfully be labelled as neoliberal, I don’t think we can dismiss the possibility that certain types of economic analysis allied with particular political interests are implicated in the neoliberalisation of society. But that is a topic for another day.

Finally, Auld see any criticism that goes out of its way to point out that the Economics Nobel is not a real Nobel is bad criticism. I disagree. Economics has done its darnedest to claim some of the reflected glory of the Nobel committee without any great justification. Critics tend to see this as saying much about economists’ pretensions to being scientists like natural scientists rather than scientists like social scientists. Pointing out to economists that it is more correctly called the Sveriges Riksbank Prize in Economic Sciences is just tweaking their noses.

I like to think that is me showing my usual tolerance. But it may be, of course, that I’m a crank too.