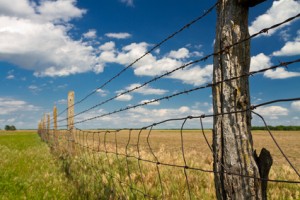 There seems to be quite a bit of reflection on the current state of play in the study of public policy at the moment. I have recently offered something on the topic myself.

A couple of months ago Peter John posted a draft paper online entitled New directions in public policy: Theories of policy change and variation reconsidered. The paper offers a perspective on the state of the debate and identifies what may constitute a novel way forward. As always with Peter, the paper is thought-provoking and well worth reading.

The thought it provoked in me was that he is both absolutely right and very possibly not quite so right at one of the same time.

Peter’s paper divides the history of the study of public policy into three. The focus is on policy continuity and episodes of policy change, so the paper leaves out quite a bit that is interesting about public policy – for example, implementation theory or processes of adaptation.

But, accepting the focus upon policy change, Peter maps out the three phases as the early classic studies – encompassing rational decision making, but also incrementalism and Simon’s bounded rationality – a second phase focused on the synthetic approaches of the 1990s – multiple streams, punctuated equilibrium, advocacy coaltion framework – and the current phase. John’s argument is that the current phase has been characterised by a relative lack of theoretical innovation. With the exception of a rise in interpretative policy analysis and behavioural public policy – which are, one has to concede, rather large exceptions – nothing has emerged that has had an impact similar to that of the three big beasts of 1990s US policy studies.

Peter then proceeds to argue that if you look over the fence at other subfields within political science and at the intersection of political science and economics then you will find there is interesting and innovative work going on. It is seeking to shed light upon the determinants of public policy. Hence, public policy scholars have much to gain from expanding their horizons.

At one level I agree with Peter’s analysis of the state of play. But at another level I would say that it implicitly relies on some rather heavy-duty boundary work. You could argue, for example, that some of the most interesting work relevant to policy that has been done since the 1990s draws on historical instutitionalism. I’m thinking of the 2005 collection edited by Streeck and Thelen or, in particular, the 2010 collection edited by Mahoney and Thelen which develops the case for taking endogenous incremental change seriously. But this work does not tend to make any reference to the big three, or much else from the canon of the ‘public policy’ literature. While the application of these ideas to policy is relevantly straightforward plenty more needs to be done to work them through in a policy context.

We can conclude that research in public policy has been a little moribund only if we are prepared to draw the boundaries of what constitutes ‘public policy research’ quite tightly.

The other interesting aspect of Peter’s argument is that he works towards the conclusion that a potentially fruitful way forward for public policy research is political economy, and comparative political economy is particular.

Now I am absolutely in agreement that expanding the compass of explanation to locate policy processes more explicitly in their socio-political context would be a valuable theoretical sophistication. But “political economy” is a treacherous concept. Or rather it can mean very different things to different people.

Peter favours the version of political economy that flows from the encroachment of mainstream economics into political science. This is the sort of field where political economy is as likely to carry the prefix “positive” or “constitutional” as it is “comparative”.

It is undoubtedly true that this flavour of policy economy has thrown up some interesting findings. These findings can be used to critique some of the myths and taken-for-granted assumptions that underpin contemporary political discourse. Peter briefly reviews some of them.

Here the focus is much more clearly upon the impact of values and ideologies, structures of power, agnotology, the ways in which local decision making is framed and stabilised by global discourses, or where – drawing inspiration from Polanyi – the idea that there is a meaningful binary divide between “the state” and “the market” and that policy processes are constrained by “the market(s)” is challenged as a fundamental misunderstanding of structure of society.

That is a route that would, it strikes me, be just as likely to prove illuminating. But would it be “public policy”? I’ll leave it to others to adjudicate on that point. Personally, I’m happy to look wherever the mood takes me and wherever it looks like there are theoretical resources that offer the potential to advance our understanding.