Messing with the minimum wage 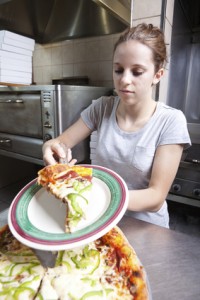 Few sensible people would object to this as a policy aspiration. It’s at the core of the Coalition Government’s justification for its reforms to the social security system. So that’s got to be good.

The cracks begin to appear when we move on to consider quite how we’re going to make work pay.

The Government has broadly three options, in the short run. It can try to mandate an increase in low wages. Increasing the gap between income in work and income out of work should incentivise people to (re)join the active labour force. It can reduce the amount people are paid when out of work, thereby increasing their incentive to take up employment at prevailing wage rates. This is what we might call the “starve them back to work” strategy. Or it can tackle the tangle of rules and regulations in the tax and benefit system that interact to create perverse incentives and high marginal tax rates. Or it can combine these options.

The Government’s strategy so far has largely focused on options two and three. The introduction of Universal Credit is an attempt to address the perversities of the tax and benefit system. The restrictions in the uprating of out of work benefits so their real value declines, and arguably the changes to disability benefits, are a case of option two.

So how’s it going in relation to increasing low wages? No so good.

There is plenty of talk around of the need for a Living Wage, on the basis that the minimum wage is quite a way short of the level required to secure an acceptable minimum level of consumption. But that isn’t exactly the prevailing direction of travel for policy. Indeed, we could argue that the Government is adopting a rather perverse strategy on this front, if it is genuinely committed to making work pay. Policies such as more extensive use of workfare place downward pressure on wages, reinforcing the impact of high levels of unemployment. And there have been more focused changes in the wrong direction, such as the abolition of the Agricultural Wages Board.

The Government’s latest move is to suggest that the remit of the Low Pay Commission, which sets the National Minimum Wage, needs to be modified so as to require it to take into account the impact of the minimum wage on the economy and employment. There is a concern that further increases in the level of the minimum wage could have a disemployment effect. As far as I can tell this concern is being raised most frequently by lobby groups for employers in low pay industries, which is, I guess, what one might expect.

It is no great surprise that the Government is going after the minimum wage. The argument is based on a concern that it hinders competitiveness – indeed, it may threaten the viability of some companies. And poorly paying jobs are better than no jobs. But the way the case has been raised seems a bit odd.

There is little doubt that the LPC already takes considerable care in setting the minimum wage, including considering its impact upon the economy and employment. So the Government’s case would appear to be founded on a rather weak premise. 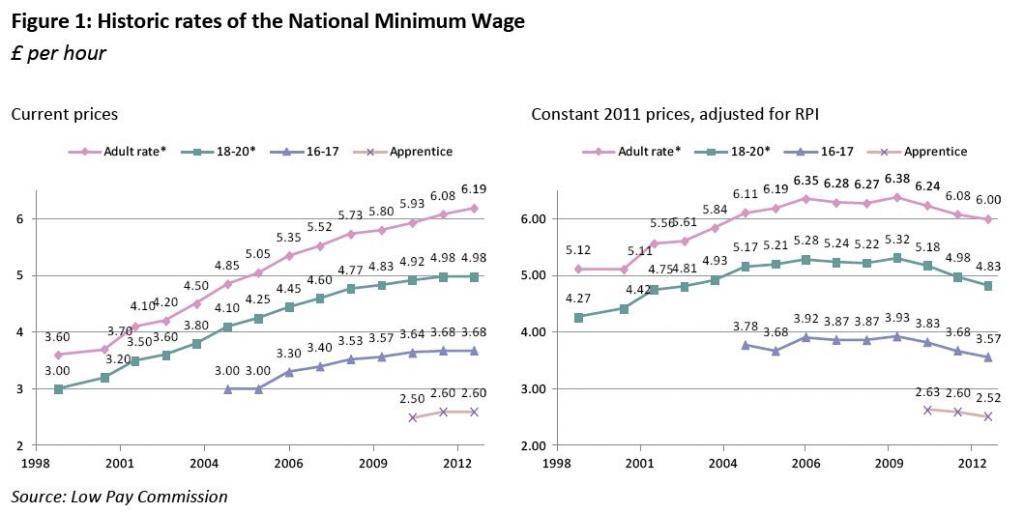 The second issue is that there isn’t much evidence that the minimum wage has had a substantial disemployment effect. Quite the contrary. That isn’t to say that there have been no negative impacts – it has had some impact on hours worked and there has been some substitution away from low wage labour as a factor of production – but they are not of a magnitude to suggest that alarm bells should be ringing.

The Government’s overtures in the direction of the minimum wage have been given, it would be fair to say, a mixed reception. Even commentators on the Right are not entirely convinced it would be a sensible move.

But that presumes that reducing the minimum wage would deliver the objective that the Government seeks – reductions in real wages at the bottom end of the labour market.

One of the arguments in the experimental literature on the behavioural economics of the labour market is that imposing a minimum wage can create new expectations of appropriate levels of remuneration and resets reservation wages. And these changes persist. So even if the minimum wage is abolished entirely it doesn’t necessarily lead to wages returning to their previous levels. How long it takes for such norms to be revised downwards is less clear. And there isn’t much in the way of field data, in part because Government’s aren’t generally in the habit of going around abolishing minimum wage legislation.

The Government’s recent pronouncements on the minimum wage are clearly no more than the opening salvos in a battle that is going to be played out over the coming months. How that battle plays out is going to be crucial for the welfare of many thousands of households.

For policy makers to make even slightly plausible claims that work does represent a cure for poverty they would need to hold tight to the idea of a minimum wage that delivers an acceptable standard of living. Will this particular government be inclined to adopt a positive orientation towards the minimum wage, given that those on the Right are typically hostile to the idea? Can the country ‘afford’ a minimum wage, in the context of a narrative of cut-throat global competition? When that battle finally commences, as it undoubtedly will, perhaps the fact the minimum wage was recently voted the most successful policy of the last 30 years will provide those seeking to ensure that work really does pay with some much needed ammunition.

The only thing that is, perhaps, a little surprising is that the battle has taken so long to arrive.