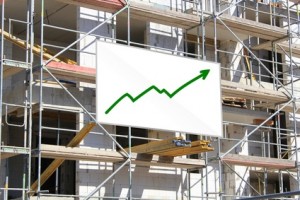 A few weeks ago Janan Ganesh in the FT described the UK housing market as an ‘institutionalised pathology’. The problems that the housing market is causing for the British economic and political system seemingly become ever more apparent by the day.

There is an increasingly strong coalition of opinion uniting behind the sort of radical action that is needed on housing supply to deal with the problems. The recent intervention by KPMG/Shelter, or the RSA, or today at the BBC website all set out prescriptions that bear more than a family resemblance.

And as a similar message emerges from different quarters it throws into sharper relief the timidity and short-term self-interest of the political class. The political economy of housing may have led politicians to a predictable level of inactivity. It may be that it is only if and when the private renter vote is effectively mobilised that change will occur. Perhaps only then will a government be brave enough to take on the countryside preservation lobby. But the problems intensify in the meantime.

Even something like the Government’s steps, following the Mortgage Market Review, to encourage more prudent lending to overstretched first time buyers and remortgagers is likely to have perverse consequences.

On the one hand, it is likely to increase the tenure transition towards private renting because, while first time buyers are finding it more difficult to borrow, buy-to-let landlords are not affected by the tighter rules. On the other hand, if the new rules stop mortgage holders from remortgaging to take advantage of favourable deals as interest rates rise then it will leave some of the most financially precarious households exposed on unfavourable standard variable rate deals – a point that the Resolution Foundation laid out in some detail today.

If everyone agrees something should be done about housing supply, but the current administration has limited inclination to actually do anything, then on the monetary policy front things are seemingly in more of a tangle.

Mark Carney has sounded the alarm. The unbalanced and booming housing market is the biggest risk factor to the overall economic recovery. He has hinted that when the FPC meets in June it will need to look seriously at activating new macroprudential measures to try to cool the housing market in the South East.

There has been the suggestion that Help to Buy policy needs to be pared back. The Government has declared that it stands ready to do so if Mr Carney gives the nod. But it is disputed whether this policy, or its curtailment, would make much of a difference to house price inflation.

It feels to me like the scene is being set for a bit of blame-shifting when the excrement hits the air conditioning unit. The Bank suggests, but does not come out with a direct recommendation, that the Chancellor should rein in Help to Buy. The Chancellor would appear to suggest, on the contrary, that the Bank has the tools at its disposal to manage the risks associated with the housing market, and it’s the Bank’s responsibility to do something.

In the meanwhile no one does anything very much.

Whoever’s responsibility it is, the problem is that all the policy tools being considered work retrospectively and with a lag. No one seemingly wants to act until the signs of a problem are incontrovertible. But by then there is already a lot of further pressure built up in the system that will push the market even higher.

Carney has hinted at interest rate rises next year. That seems likely, even if he manages to hold off the move until after the election. But the interest rate policy that might make sense for the housing market makes little sense for the overall economy or the sustainability of household finances. We are also in new territory in the sense that a substantial proportion of purchases are now in cash – the Bank of England consequently has an influence over a smaller share of the market. Some of the levers it can pull, if and when it decides to pull them, may turn out to be rather rubbery.

Vince Cable has also sounded the alarm and, for once, he doesn’t seem to be a million miles from Nick Clegg on an issue. Cable’s concerns are much broader, though. While he is concerned about the housing market he is also concerned about the overall level of private indebtedness, which is mostly but not exclusively linked to the housing market. Following the financial crisis indebtedness declined, but it never really exited the zone that should give any sensible policymaker cause for concern.

Of course in all of this there is a pathological fear of declaring a “bubble”. And, frankly, I’m not sure it is hugely helpful one way or the other to call “bubble”, except inasmuch as refusing to act in the face of a bubble seems even more irrational.  But it can hardly be disputed that the housing market, in the South East, is booming. The question is whether it is a problem.

My reading of the commentary is that the majority view is swinging pretty decisively in favour of the view that we have a problem. But … enter our glorious leader. Today, to the contrary, we hear:

.. in a BBC interview Mr Cameron appeared to downplay concerns about the property market. He insisted that allowing for inflation, houses were still cheaper than seven years ago.

“We have to be careful when we look at the figures,” he said. “We are still seeing house prices in real terms that are 15 per cent off the peak they reached in 2007.

“The most recent forecast I saw was that house prices in real terms would not achieve their previous level until 2017/2018.”

That’s all right then. Calm down everyone. We were mistaken. Houses are cheaper than seven years ago – in real terms still 15 per cent off the 2007 peak. Hang on, the clue there might be in the word ‘peak’ – prices were already unaffordable in 2007. And never mind the trajectory of prices, what about the trajectory of incomes since 2007? It takes both to perform a meaningful affordability calculation. And we might only speculate as to what assumptions about interest rates or deposit requirements sit behind this statement to allow Mr C to arrive at quite such a Panglossian view of the current situation.

Mr Cameron was speaking on an election campaign tour in Essex, where the Conservatives are facing a challenge from the UK Independence Party for the support of working-class voters.

So, on second thoughts, perhaps we’d better file these comments in the file marked: ‘Say anything, however misleadingly positive, in order to gain even a minuscule and momentary electoral advantage’.

And we’re back to the fact that it is the politics of electoral calculation that drives action. And that’s at the heart of the problem.

I’ve a horrible feeling this is all going to end in tears.

Oh for a long-term, non-partisan perspective on dealing with our pathological housing system.