In defence of liberal democracy 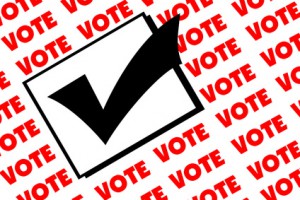 Yesterday’s Independent newspaper appropriated this title for its unprecedented editorial backing something that is clearly impossible. The Independent abandoned its traditional, and commendable, stance of remaining independent. It threw its support behind a second Conservative-Lib Dem coalition. The editorial added the caveat that it would like a second coalition to be more liberal and less conservative. Which is precisely why it is supporting the impossible. Whatever happens later today, we know that the Conservatives have swung to the right and the Liberal Democrats will be fewer in number come Friday morning. So the chances of a second Con-Lib coalition – if such a beast were to come into existence – being more liberal and less conservative are precisely zero.

Whether such a coalition is arthimetically possible and necessary to form a government we are yet to discover. Whether it is desirable for the parties or the country is quite another matter. But that is a discussion for another day.

While some newspapers have predictably supported Labour, rather more have been vociferous in support of the Conservatives – with or without supplementary advice to their readers on tactically voting for the Liberal Democrats. The atmosphere has been poisoned by partisan ravings against the Labour party and the SNP, mostly driven by the plutocratically-owned right wing press. Actual news has taken a backseat to opinion and rampant editorialising as wealthy non-doms and tax exiles seek the continuation of a congenial and overly hospitable regime. It is fairly clear that this is part of the explanation for the Independent abandoning its traditional neutrality. The tone of the editorial was everso slightly sheepish. Writing under instruction.

Unlike the members of our national press this blog isn’t going to advocate that its readers vote for a particular party. Who am I to tell you what to think? But I will advocate for getting out and voting. Liberal democracy needs you. It is conceivable that a high turnout, in and of itself, may prove an important factor in shaping the post-election debate amid claim and counterclaim about who has the most legitimate to claim forming a government. So I hope everyone who can participate does participate.

It’s not my place to tell you who to vote for. But it is no secret that I will vote Liberal Democrat. I have done so ever since the party came into existence. And for the Alliance before that. But I don’t do so tribally or with blind loyalty. I know what I believe and, traditionally, the Liberal Democrats are the party that aligns most closely with that. That is still the case, just about. Most of the positive developments that occured under the 2010-2015 coalition government can be traced to the influence of the Liberal Democrats. But – and it is a big but – the horrors perpetrated by the coalition will remain forever etched on the memory.

I was very struck by a comment made yesterday by Nick Tyrone: “liberalism isn’t something that can be taken for granted anymore”. That is a key point. And if anyone is going to defend liberalism then it is the Liberal Democrats, however imperfect they might be. It isn’t going to come from anywhere else. All the other major parties are by nature authoritarian. A key task is to strengthen the resolve of the Liberal Democrats to remain true to party’s core principles: to avoid the very real risk that this liberal commitment is watered down to make the party more attractive coalition fodder.

Very few of the possible post-election scenarios – be it for minority goverment or coalition – are particularly appealing. There is a sense of foreboding. It is clear that there is a very real possibility of some nasty post-election arguments over the legitimacy or otherwise of any government centred on the Labour party. The attempts by the Conservatives to magic new constititional conventions out of thin air in order to increase the probability that they will be able to cling on to power should be roundly deprecated.  These shenanigans show a contempt for the democratic process and the will of the people. In the long run, in order to sustain the vitality of the foundational institutions of our society, the results of the election and constitutional conventions need to be respected. Clearly there are areas of ambiguity as we find ourselves in unfamiliar territory. You’d like to think that these issues will be dealt with in ways that sustain and strengthen the institutions of democracy rather than in ways that are driven by narrow party advantage. But even as I type that I know that it sounds vaguely absurd.

Now, more than ever, we need statesmanship, not small politics.