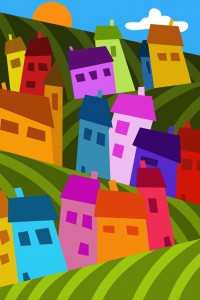 I’m not sure quite how I missed it the first time around. Most probably because, like many policy commentators, I’m inclined to focus too closely on the relatively parochial and the marginal shifts in domestic policy position.

As a consequence of this failure to look sufficiently far beyond the end of my own nose I only recently became aware of the Geneva UN Charter on Sustainable Housing, a document that was finalised back in October 2014. This document is not legally binding, but it offers a potential resource in ongoing discussions over the direction and ambition of housing policy emanating from Westminster.

Housing problems and policy have achieved a higher profile in the election campaign than most housing campaigners might have anticipated four or five months ago. While that profile is not always for entirely desirable reasons – cf. Conservatives’ extension of the Right to Buy – you get the sense that the quality of the debate has improved a bit. For example, when we talk about the problems of housing supply the debate is now much more likely to reach beyond simple answers based on criticising the planning system to recognise that the nature of house building and the land market are a key part of the picture and the problem. But in many other areas of housing policy – particularly in respect of rented housing – the political debate remains rather feeble.

A systematic comparison of the policies presented in the parties’ election manifestos against the Geneva UN charter – which aims to “ensure access to decent, adequate, affordable and healthy housing for all” – would highlight some areas of alignment but some significant areas of divergence. For one thing, the UN charter for sustainable housing is based on four principles, the first of which is “environmental protection”. But the environmental dimension of our domestic housing debate is very much not in the headlines. The other three principles are economic effectiveness, social inclusion and participation, and cultural adequacy. The way each of these is framed poses challenges to the current approaches being proposed by the parties vying for control in Westminster.

Just to take a couple of examples.

Under ‘economic efficiency’ the UN Charter notes that housing should be:

“… both a sustainable element of a vibrant economy as well as a sector for meeting people’s needs. And this should be addressed through:

(xi) More integrated urban development and regeneration with workplaces and services brought into closer spatial relation to housing, while taking into account potential dangers and hazards;

We could plausibly argue that policy has, over the last five years at least, been moving in precisely the opposite direction, and that there are limited signs from the current policy aspirations of the parties that this is going to change dramatically.

When it comes to delivering sustainable housing the Charter states that Member States support actions that include the following:

(b) Promote access to housing in the context of sustainable economic development by taking measures to:

(i) Ensure access for all to adequate, safe and affordable housing and basic services;

(ii) Promote secure tenure and the availability of housing options, including the neutral treatment of tenure options (such as ownership or renting), in order to encourage the development of adequate supplies of affordable housing

(iii) Promote transparent and fair rental markets with a balance of rights and duties between landlords and tenants through adequate legislation and conflict resolution mechanisms in order to facilitate residential and labour mobility;

(iv) Contribute to well-functioning, efficient, equitable and transparent housing markets and land markets, which respond to different types of housing demand as well as favouring credit access for socially and economically vulnerable population groups, including through alternative forms of funding, such as housing microfinance;

(i) Improve access for all to good quality and healthy housing, reduce homelessness and improve access to barrier-free housing;

But there are clearly policies being proposed – such as the sell off of high value social housing – which, on the face of it, are in direct contravention of the charter (Members states support action to: “Develop socially mixed communities and avoid social segregation …”).

A blogpost like this is not the place for a systematic comparative exercise that would yield a number of further areas of divergence. Does current policy, for example, deliver a balance of rights between landlord and tenant that adds up to a fair rental market? Are Government schemes like Help to Buy ISAs promoting credit access to the genuinely socially and economically vulnerable? Or do they contain a large element of deadweight loss as the relatively affluent are given some free money?

Drawing attention to such areas of divergence might allow the development of an added dimension to the housing debate. The UK is signed up to promoting sustainable housing. We need to make use of all the levers at our disposal to help make a reality of that commitment.

Image: under license via fotolia.com