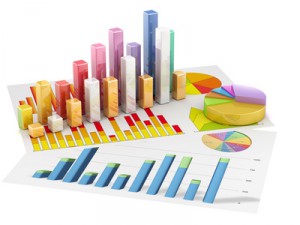 Part of the story isn’t being told.

As we move towards the General Election strands of news and snippets of information have emerged which circle around the issues but there is a gap in the middle where the story could – and should – be.

I’m thinking here of housing-related aspects of the party manifestos: cuts in inheritance tax on property versus mansion taxes. I’m thinking of the observation that buy-to-let lending was the only component of mortgage lending not to stall in February. I’m thinking of Hannah Fearn’s argument that removal of the obligation to invest pension pots in annuities can be interpreted as a move to recapitalize the bank of mum and dad. And finally I’m thinking of Christine Lagarde’s words of support for George Osborne’s strategy for economic management.

So what’s the story that is missing? You might think that it is a story about wealth inequality. Cuts in inheritance tax will perpetuate inequality, whereas a mansion tax might restrain it, if only modestly. More buy-to-let lending indicates that the rapid tenure transformation we have witnessed over the last few years continues and that property ownership continues to concentrate – heightening inequality. The revision of the rules round the use of pension savings may push in the same direction via further investment in buy-to-let but, even if that isn’t the case, it will, as Fearn argues, allow parents to give their own children a bigger helping hand into the housing market, thereby perpetuating and exacerbating social inequality.

And if you think that’s a story worth telling then I agree.

But it isn’t the story I have in mind.

I am thinking about Lagarde’s support for Osborne and why it is odd.

There are many reasons for questioning the wisdom of Osborne’s strategy – and many economists frequently do. But here I am concerned with his efforts, or relative lack of effort, to rebalance the British economy away from reliance on the housing market and financial services to deliver economic growth and tax revenues. The country is suffering from a massive and seemingly persistent decline in productivity growth. There are a range of possible reasons for that. But one of the key determinants of productivity is investment.

Reductions in inheritance tax on property, or continuing growth in buy-to-let, or failure to deal with housing affordability driving more and more parents to channel more and more money into helping their offspring are not only signs of an ailing housing market. They are symptoms and causes of the broader sickness afflicting the UK economy.

We could tell a story about the need for measures such as inheritance tax on property, mansion taxes, or removal to differential tax treatment on property investment which is not about frustrating anyone’s desire to accumulate wealth and pass on money to their children. We could argue that strong action is needed to shock the system out of its dependence on unproductive property investment – to change course away from the decadence of a rentier economy.

It is entirely sensible for people to invest for the medium term, or seek an adequate income in retirement. But there is surely a case for giving incentives to direct that investment somewhere other than housing. This would be hugely positive for the longer term health of the UK economy. This is the connection that isn’t being made – the part of the story that isn’t being told.

If a chunk of the money being pointlessly and dysfunctionally invested in housing were redirected in the real economy – supporting business incubators, start up companies or SMEs – then the risks would no doubt be greater. Investors would have to be more savvy and pay closer attention to the quality of those investments. Rather than just sitting back and watching the money roll in. Or, if that precious nest-egg were to be invested in larger companies, it might force a harder look at whether the incentives facing CEOs are aligned with seeking longer-term success via investment, innovation and productivity improvement, rather than short-term profit extraction.

But there might be at least a shred of credibility to David Cameron’s claims about supporting “buccaneering Britain”.