Privatising Policing: A Step Too Far?

This week’s instalment of the Leveson Inquiry has raised some pressing questions about inappropriate relations between members of the police and corporate interests. We were presented with argument that highly questionable, if not corrupt, practices were commonplace among public officials. 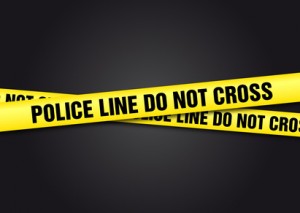 It’s therefore unfortunate timing that the Guardian reports today on plans by West Midlands and Surrey Police to place £1.5bn worth of business out to tender to the private sector. Or perhaps it is good timing. Because this could prove to be a development of profound significance. It demands close scrutiny.

We are not talking here about contracting out servicing police cars, the provision of IT systems, or who cleans the loos. The proposal potentially includes handing over to private companies the detention of suspects and the investigation of crime.

Inevitably this conjures up a vision of Omni Consumer Products in the dystopian world imagined in the film Robocop. But it is important not to let the possibility of a sensationalised response to the story distract from the fundamental issues it raises.

The proposal takes privatization into a different realm. Whether facilities management is provided by directly employed public servants or private contractors is largely a matter of efficiency. It doesn’t usually throw into question the very purpose or probity of the service itself.

There are questions being asked about the damage caused by police corruption now. The credibility and impartiality of the police will be permanently in question if private interests are inserted into the heart of policing practice in this way.

For every pound “saved” in providing services more cheaply how many will be spent in court challenging convictions as unsound because the people responsible for the investigation were being paid to get the job done as quickly as possible, using minimal resources, and to deliver a “successful” outcome so that profits are maximised?

But much more is at stake here. Confidence in the impartiality and probity of the police is a fundamental building block of a civilised developed society. Confidence has already taken a knock. But if these proposals proceed then it will be flat on its back, out cold.

Justice needs to be done. But it also needs to be seen to be done. That is essential to its function in sustaining social order. It is madness for the Government to contemplate allowing moves which will inevitably raise questions about inappropriate influences upon the administration of justice.

The UK currently sits at number 16 in Transparency International’s 2011 Corruption Perception Index, alongside Barbados and Austria. It sits lower in the ranking that most other major economies, including Hong Kong and Singapore. The UK’s “growing corruption problem” is being recognised internationally. The only small consolation is that the UK ranks ahead of the United States (24) and France (25). It is unlikely that seeking to privatize significant policing functions is going to shore up the country’s reputation.

Even libertarians committed to the minimalist nightwatchman state will typically recognise that there are sound reasons for keeping the defence and justice systems as the responsibility of the state. Not just in terms of oversight but also in terms of delivery. Yet this Government seems set to take us into uncharted territory, beyond the wildest dreams of the most fervent market fundamentalist.