A last desperate throw of the dice? 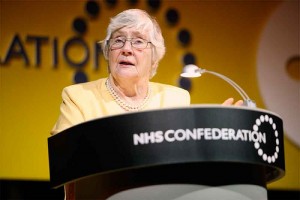 Is that it then? Has the single transferable vote system allowed the Liberal Democrat leadership to breathe a huge sigh of relief? The motion to drop the Health and Social Care Bill won the first round of the ballot to select an emergency motion to debate on Sunday morning. But once the second preferences had been allocated it was beaten by what was labelled, and will be forever known as, the “Shirley Williams” motion. Even though it seems quite widely accepted around the conference venue that it was actually written by Nick Clegg’s office. If that is the case then appending Shirley Williams’ name to the motion is a slightly desperate and transparent strategy to garner support. It is, though, one that may well pay off in the short term. On the other hand, if it isn’t true then the credibility these rumours are accorded tells us something important about the suspicion with which the leadership is viewed by some – many? – activists. Either way, it is certainly referred to as the “establishment” motion.

So the NHS will be debated. But the tone of the debate will be rather different. We could have been debating the proposition that the H&SC Bill is deeply damaging and should be dropped in its entirety. No bill is better than an irredeemably flawed bill. The Shirley Williams motion is, in contrast, largely self-congratulatory and supportive of the Lib Dems in the Lords. We are invited to applaud the amendments already secured, and support the passage of the Bill into law, once some further modest concessions are secured.

To be clear on my position, I voted to drop the Bill. The Party is not bound by the Coalition agreement on this. The proposals will set in place a system that is an unpredictable mess. They do not represent wholesale privatisation of provision in the short term. But, looked at over a longer time horizon, it permits processes that will have that effect.

I don’t feel that the Liberal Democrats have secured any very significant concessions and protections. The new system is too permissive. The Secretary of State will still be able to abrogate responsibility. Local discretion will lead to discontinuation of services that are currently part of the NHS portfolio. While it might be true that “NHS” services will continue to be free at the point of delivery, as the leadership emphasize reassuringly, the point is that fewer services will be available through the NHS.

If the Party believes it has secured significant concessions then it doesn’t, for example, understand the detail of competition law. There is a good deconstruction of the relevant claims here.

The amendments have, however, succeeded in making the Bill hugely unwieldy and the proposed organisational structures immensely complex. The incentives established by the Bill are difficult for anyone to read. The democratic oversight remains weak.

The invocation of Shirley Williams’ name in support of the Bill is an important development. It is hard for people outside of the party to understand Shirley’s position in the Party. It is not simply that she is held in great affection. It is also that many trust her judgement. Three weeks ago Shirley was saying the Bill was bad. So many members would see it as bad. Now Shirley is saying it is ok to support the Bill, even if it is not great. As a consequence many members will realign their views. Nick Clegg knows this. Everyone knows this. That is why her name is on the motion.

At the Leader’s Question and Answer session on Saturday afternoon Nick Clegg had another go at invoking the Party’s eminence grise and implied that a failure to support Shirley’s motion was to fall in line with Labour:

It is important that we Liberal Democrats show that we are on Shirley Williams’ side not Andy Burnham’s side.

Pure tribalism. One of the least appealing aspects of politics. And it implies that Liberal Democrats with concerns about the Bill are being duped by Labour. Clegg isn’t the only one who takes that view. At least one Lib Dem in my twitter feed was pushing the line throughout Saturday. Perhaps it’s a great political tactic. But it’s also insulting to all those with expertise in the field who have studied the Bill closely – almost certainly more closely than Clegg has done himself – and are raising concerns from an informed position.

I also have no time for arguments that Labour’s 2006 health reforms set us on the road to greater use of private health care and that they sent lots of money in the direction of private providers with little in return. I agree they did these things. But how is that relevant to deciding whether the H&SC Bill is a positive development? Or invalidates Labour criticisms of it? I appreciate that is simply a tactic to deny certain critics locus in the debate. But we should be judging proposals on their own merits. Rather than engaging in an argument that two wrongs somehow make a right.

Nick Clegg’s framing of the issue here is revealing. As Richard Morris points out, he doesn’t dare frame it as Paul Burstow vs Andy Burnham or Nick Clegg vs Andy Burnham. Why? Because he knows that that would not strengthen his case very much. It might not carry the day. Even with the members of his own party! Instead he is being spendthrift with the political capital associated with the name Shirley Williams in order to get this awful bill on to the statute book.

What will happen on Sunday morning? I don’t know. It is possible that the Shirley Williams motion will be voted down. There were audible gasps in my part of the auditorium when the result of the ballot for the emergency motion was announced. Clearly quite a lot of people weren’t happy and were expecting the drop the bill motion to win.

But I am not hugely optimistic that the motion will fall. Standing in the foyer after the ballot result a couple next to me were discussing the Bill. They argued to the effect that the Lib Dem Lords had put a lot of effort into amending the Bill and it would be a pity if all that work went to waste. So we should support the motion. That is the classic sunk costs fallacy. What has happened up to this point is irrelevant to making a rational decision now. The Bill started out as being unutterably dreadful. It remains extremely damaging and incoherent. The relevant judgement is whether an extremely damaging and incoherent Bill is better than existing structures. Particularly when existing structures could be modified into a more functional system without too much upheaval, as John Pugh has outlined. Pugh has argued, correctly, that we should not buy any argument that suggests that the H&SC Bill represents the only way forward. Yet if the couple I encountered were typical then the motion may be passed.

It isn’t entirely clear to me what the implications would be if the Shirley Williams motion were defeated. I am hoping we get to find out.