Is the “one-in, one-out” rule complete, or only partial, nonsense?

The Coalition agreement, in its section on supporting business, made a number of proposals relating to curbing regulation. This is one area in which, one might suppose, there is scope for Conservatives and Liberal Democrats to unite in common cause. 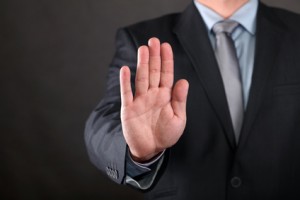 Economic liberals tend to be even more averse to overenthusiastic and over-detailed state regulation than Tories. Vince Cable’s chapter in The Orange Book puts the case very well.

It is, however, transparently clear that there are sharp differences within the Coalition about regulation and, more specifically, deregulation. Cable’s speech last week on the reform of employment law is fascinating in this regard. Adrian Beecroft’s report advocating that employers be allowed a much freer hand in dismissing staff is already widely known. And there are no doubt those at the other end of the spectrum who would see any change to the status quo, however minor, as constituting a significant erosion of workers’ rights. Cable’s carefully crafted speech tries to chart a course between these two extremes.

Cable’s comments were primarily directed at pouring cold water on what might be dubbed the Beecroft tendency.  Cable observed, rightly, that the UK already has one of the most lightly regulated labour markets in the world and noted that competitor countries are doing rather better than the UK even within a more restrictive framework of labour law. He invites the submission of evidence to demonstrate that strengthening employers’ rights to dismiss employees would enhance economic efficiency. Only then will decisions be taken. One gets the sense that he isn’t expecting much robust evidence to be forthcoming. So this is tantamount to kicking the issue into the long grass.

Cable’s stance draws support from a frank recent speech by Michael Heseltine, who notes that German economic success, in particular, has not relied on deregulation. Jim Pickard at the Financial Times reports Heseltine as saying:

There have been many deregulation initiatives but I can’t think of one – including mine – that has achieved significant success.

Heseltine goes on to state that he thinks it is a good idea to get rid of “outdated red tape”. He endorses the Government’s one-in, one-out initiative. This is where we need to understand more clearly what is happening.

The Coalition agreement is quite clear. It includes the following commitment:

We will cut red tape by introducing a ‘one-in, one-out’ rule whereby no new regulation is brought in without other regulation being cut by a greater amount.

This is being taken forward by Cable’s Department for Business, Innovation and Skills as part of the Better Regulation agenda.

Surely this is a relatively unproblematic area of policy? If we’re serious about challenging red tape then isn’t this just a way of imposing some discipline on overzealous regulators?

I’ve been thinking that perhaps things are more complicated than they appear at first sight.

The first thing to observe is that regulation is interpreted expansively here. We are not just talking about petty bylaws passed by uppity local authority planning committees. It includes all primary and secondary legislation.

For the last decade and a half there has been an increasing emphasis upon this type of meta-regulation – regulation about regulation – across the EU, the OECD and beyond. Dominant understandings of appropriate regulatory mechanisms have shifted towards greater emphasis upon proportionate, smart, or risk-based regulation. Sometimes this is generically referred to as the move to High Quality Regulation.

The (Regulatory) Impact Assessment has become an integral part of the policy process. It is a mechanism that is supposed to ensure legislation isn’t taken forward unless the benefits and the costs have been considered and Parliament accepts that the benefits are sufficient to justify the costs. Rarely do IAs represent full cost-benefit analyses. And there is evidence that their effectiveness in shaping whether a policy proceeds or not is variable. But the principle of this type of cost-benefit thinking has been established and embedded.

We might consider that the “one-in, one-out” rule is simply an extension of this thinking, bringing a bit more discipline to the process. Certainly it has had the impact of drastically reducing the rate at which many types of legislative provision are finding their way in to the statute book. But in fact it changes the logic of the process entirely.

The key issue is costs and benefits to whom. The core idea behind IA is that when considering change a comprehensive assessment of the costs and benefits to society is desirable, if not always technically possible. Like CBA more generally there is a need to think about standing – whose welfare should be counted – and to acknowledge impact upon all relevant stakeholders.

The way in which the “one-in, one-out” rule is currently being used is entirely different. It applies only to the regulatory burden on “business”. And this means it doesn’t just sit within the associated IA process but can cut across the IA results completely.

Take the hypothetical example of a proposal to legislate to stop a certain type of damaging air pollution generated by factory production. A new law would lead to a reduction in childhood illness related to breathing particulates and it would lead to a reduction in long-term limiting illness among factory workers. This would increase the productive capacity of the economy and reduce the burden on health services. Reducing pollution would also reduce damage to property and agricultural production in the immediate vicinity of a factory. It would, however, require producers to incur some additional costs installing chimney scrubbers to reduce emissions. Some producers are likely to close because they are economically marginal, even before incurring the cost of this new equipment. This would result in some job loss. The IA weighs the costs and benefits and shows that the benefits of this new law would exceed the costs by some margin. This seems straightforward.

However, under the “one-in, one-out” rule, unless the relevant government department can find another “regulation” elsewhere that can be removed, the new law is stalled. The additional burden on producers trumps the fact that overall there is a net social benefit. End of story.

My understanding is that at the moment some government departments are finding redundant bits of legislation lying around the place that can be “cashed in” to offset new regulations and make some legislative progress. But at some point that particular well is going to run dry. It will then be a question of repealing existing laws that are doing something useful in order to implement new legislation.

There is an irony here. These developments in meta-regulation are taking place at a time when evolving thinking on regulation is challenging the idea that regulation should be seen primarily as a burden to be minimised. The view of regulation as always a burden is arguably increasingly old-fashioned. The alternative conception is of regulation as constitutive. There are types of activity and markets for particular goods and services that would simply not exist or function without an effective and extensive regulatory framework. The market for pharmaceuticals has been offered as an example. Michael Heseltine, in the speech mentioned above, makes a very similar point. As Lodge and Wegrich have recently observed (p145) “regulation is no longer regarded as [a] necessary ‘evil’, but is understood as key to attracting investment and facilitating economic and social life”.

This isn’t to argue that all regulation is positive or necessary. It isn’t to argue that there is no redundancy and inefficiency within existing regulatory structures. But it is to argue for a more measured and balanced approach. There is undoubted merit in monitoring the overall burden of regulation and for reflecting upon whether additional regulation is justified. But to apply rules mechanistically and inflexibly in the face of complex social issues is the opposite of smart regulation. To rule out by assumption that incremental addition to the regulatory burden may in some circumstances be beneficial seems unwise. Partial, if not complete, nonsense.

The rigid application of “one-in, one-out” doesn’t seem  intelligent or just to me. It also makes me ask what the point is. What are we trying to achieve? If there is legislation that is demonstrably in the broad public interest, but imposes a burden on business, then surely the legislation is justified? What is the interest of “business” separate from the good of society anyway? Should government pander to sectional interest in quite such an obvious manner?

It will no doubt be argued that, on the contrary, the one-in, one-out approach is a way of insulating policy from lobby groups who are always coming up with spurious “benefits to society” to justify imposing additional regulation on down-trodden businesspeople.

That argument runs up against the first methodological challenge of cost-benefit analysis. It is always easier to anticipate and enumerate the costs attached to change than it is to produce a robust estimate of the benefits. But I am sure that for some people that won’t count against it.

If this is the basis for justifying the one-in, one-out approach then it is an exercise in power and silencing dissent. It takes a political judgement about whose interests should be privileged and embodies it in a technocratic rule, thereby rendering the judgement more difficult to contest. It is prima facie evidence that policy has been captured by the biggest and most powerful lobby group of them all.