Zero-hours contracts – normalisation and back 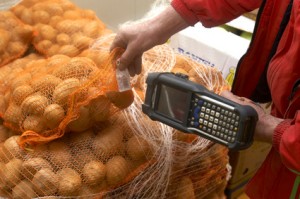 Zero hours contracts are not new. But that doesn’t mean they’re not news.

Today the BBC reports on a study by CIPD that suggests there are four times as many workers on zero-hours contracts than previously thought – a million rather than 250,000. Perhaps as important as the absolute number is the speed at which the use of such contracts appears to be growing. They have been around for a long time and are prevalent in particular industries – such as domiciliary care – where demand for services has always fluctuated substantially and unpredictably. But it appears that they are becoming normalised.

Many of those on the employer side of the labour market see the development of zero-hours as positive. It’s a positive indicator of the flexibility of the UK labour market. So it’s good for UK plc.

But it may be that flexibility needs to go further. At least one Tory MP was on Twitter yesterday arguing – rather incredibly – that zero-hours contracts are a product of the unnecessarily restrictive regulation of the UK labour market. If only more of the regulatory burden were lifted from employers then they would be willing to offer more regular, more secure employment. That is, of course, despite the country already having one of the least regulated labour markets in the world.

The contrary perspective is that the rise of zero-hours is all about an imbalance of power in the labour market. And it is about employers maintaining profitability while avoiding their responsibilities. With the labour market relatively weak, all the power lies with the employer. They are able to offer employment on whatever terms they wish, in the knowledge that someone will take the job. If they can get away without having to provide holiday pay or sick pay or indeed any sort of employment rights then they’ll do so. If all that matters is short term profitability, they’d be foolish not to.

The response to this view is quite typically that it is mistaken, because people have a choice. They don’t have to take on zero-hours contracts if they don’t want to. You occasionally see the argument that some work, now and again, and however unpredictably, is better than no work at all.

The notion of choice deployed here needs to be interrogated rather closely. Developments in the labour market need to be seen in the context of wider policy developments such as increasingly punitive workfare. Unemployed workers risk having their benefits sanctioned if they don’t take jobs offered, even if those jobs are horrendously insecure and unpredictable. Whether in practice people are in a position to exercise genuine choice is, at the very least, debateable.

Relatedly, it might be a good idea to join up discussion of zero-hours with the nature of social security. Contracts with relatively low hours on low hourly rates mean that the individual is likely to be entitled to state assistance in the form of tax credits and the like. If the hours worked each week are unpredictable then, in principle, entitlements should be recalculated every time there is a change. So how much additional expenditure is being incurred by DWP and HMRC – with a corresponding increase in the tax burden to pay for it – as a result of these labour market changes? Not only are employers seeking to avoid their own responsibilities they are transferring costs on to others in order to provide their employees with an acceptable standard of living.

That is not a sustainable strategy in the aggregate. Not only does the reliance on low paid, insecure employment impact upon aggregate demand, but if every employer tried the same trick then the public finances would keel over.

One interesting aspect of this discussion is the apparent absence – although I may have missed it – of a strong populist Conservative response. The essence of a broad-based Conservative agenda is – I would have thought – independence from the state, paying your own way, putting down roots, buying your own home and providing for your family. This vision of the good society rests on the availability of steady jobs that pay enough for you to secure an acceptable standard of living and housing without the need for support from the state. The current direction of policy would hardly seem conducive to achieving that goal. But then we currently have a Conservative party geared towards the interests of the elite rather than the masses.

Today’s CIPD report raises yet another question about the quality of Government statistics. The previous ONS figure of 250,000 zero-hours contracts has already been queried by some commentators, who felt that it couldn’t possibly reflect the prevalence of the practice. But if the CIPD figure is anything like accurate then the ONS figure is miles off. This raises all sorts of questions about the unemployment figures and figures for new jobs created. The Government deals in crude headline figures for private sector jobs created – the claim is that it is now well over a million. We already know this figure includes workfare and the reclassification of hundreds of thousands of jobs from the public to private sector. But we maybe don’t know how many of those new jobs are on zero-hours contracts. There is a legitimate debate over how much of an achievement it is to replace many of the good quality, secure full-time jobs destroyed by the recession with a lot of insecure jobs that represent underemployment and exploitation. Or is it a case that a job is a job is a job, regardless of its nature?

At a slightly more abstract level, it raises potentially significant questions about the quality of the evidence available to Government, if it were to adopt a more clearly evidence based approach to policy.

Zero-hours contracts have been with us for a long time. They are not going to go away. It isn’t sensible to suggest banning them, in part because they can be rather difficult to define but also because they can be an appropriate form on contract for some types of work in some industries.

The law around zero-hours contracts has not really changed. The context has. The economy overall has been struggling. Workfare has made it easier for employers to pursue the zero-hours route, knowing that people will find it harder to refuse. But equally important is the change in the normative context. Just because you can do something, doesn’t mean you should do it. If the widespread use of zero-hours contracts had been met with condemnation within the political process or the media then it would have been harder for the practice to have spread so virulently. The social norms around the responsibilities of employers to their workers, and workers to their employers could have been sufficiently robust so as to make it unthinkable for such contracts to be seen as an acceptable basis for their relationship. Then zero-hours contracts would not have become viewed as an acceptable business practice, except in very specific circumstances.

The world we inhabit feels rather different. Yet, if labour market practices are to change then legislation alone won’t make it happen. It is change at this broader level of social norms – filtered through elite opinion into the political process – that will make the real difference. In that sense lessons from the labour market reforms of the Victorian may need to be relearnt.

Back in June Vince Cable announced a review of the use of zero-hours contracts in order to investigate whether they are being used exploitatively. It will be interesting to see what, if anything, emerges from that review. The reponse may be robust. But I’m not holding my breath.

Joe Halewood has a short post today on the potential costs of zero-hours contracts to the benefit system here.